Florida with chance to rebound vs. AU

It took five sets for Florida’s dreams of an SEC Championship title to turn into a nightmare.

The Gators dropped the match — after taking a 2-1 set lead — to a then-17th-ranked Kentucky.

Now, No. 15 Florida (21-4, 12-2 SEC) will have to go against the current just to have a chance of sharing the conference title with the Wildcats by season’s end.

And it all starts with the Gators’ midweek matchup against the Auburn Tigers on the road Wednesday evening.

Auburn’s record — a whole 6-19 on the season and 0-14 in SEC play — isn’t something that Florida should worry about too much, but, it’s this kind of match that can be underestimated and end up in a shock factor.

The Gators cannot waltz into AU’s territory believing the match has been won before the whistle blows.

Florida’s loss to Kentucky on Sunday showed a good bit about this Gators roster. Despite the loss, sophomore Thayer Hall notched her 12th double-double on the season with 22 kills and 11 digs, while junior pin hitter Paige Hammons also notched a double-double — her fifth on the year — with 12 kills and 14 digs.

And Hall stated it perfectly after the match.

“Obviously we went up there (on Oct. 6) when they pushed, we didn’t push back,” she said after the loss. “And the same thing happened today. We did not push like I know we can.”

And pushing is the very thing Florida will need to do over the next four matches if it hopes to finish out on a high note as the Co-SEC Champion.

Auburn is ranked 221 out of 335 in terms of RPI, which is a rating percentage index that accounts for strength of schedule in addition to wins and losses. Florida, on the other hand, is ninth out of all Division I teams, with Kentucky one spot ahead at eight.

The Tigers’ main threat comes from sophomore Tatum Shipes. The pin hitter has notched 220 kills on the season, 65 kills ahead of Auburn’s next-best hitter in junior middle blocker Chesney McClellan.

AU dropped a three-set match at home to the LSU Tigers on Sunday.

Florida is highly ranked in three SEC categories on the season going into the matchup: second in hitting percentage (.278), third in opponent hitting efficiency (.180) and first in blocks per set (2.55).

Junior outside hitter Paige Hammons is tied for second on the roster in kills (212) with Holly Carlton. 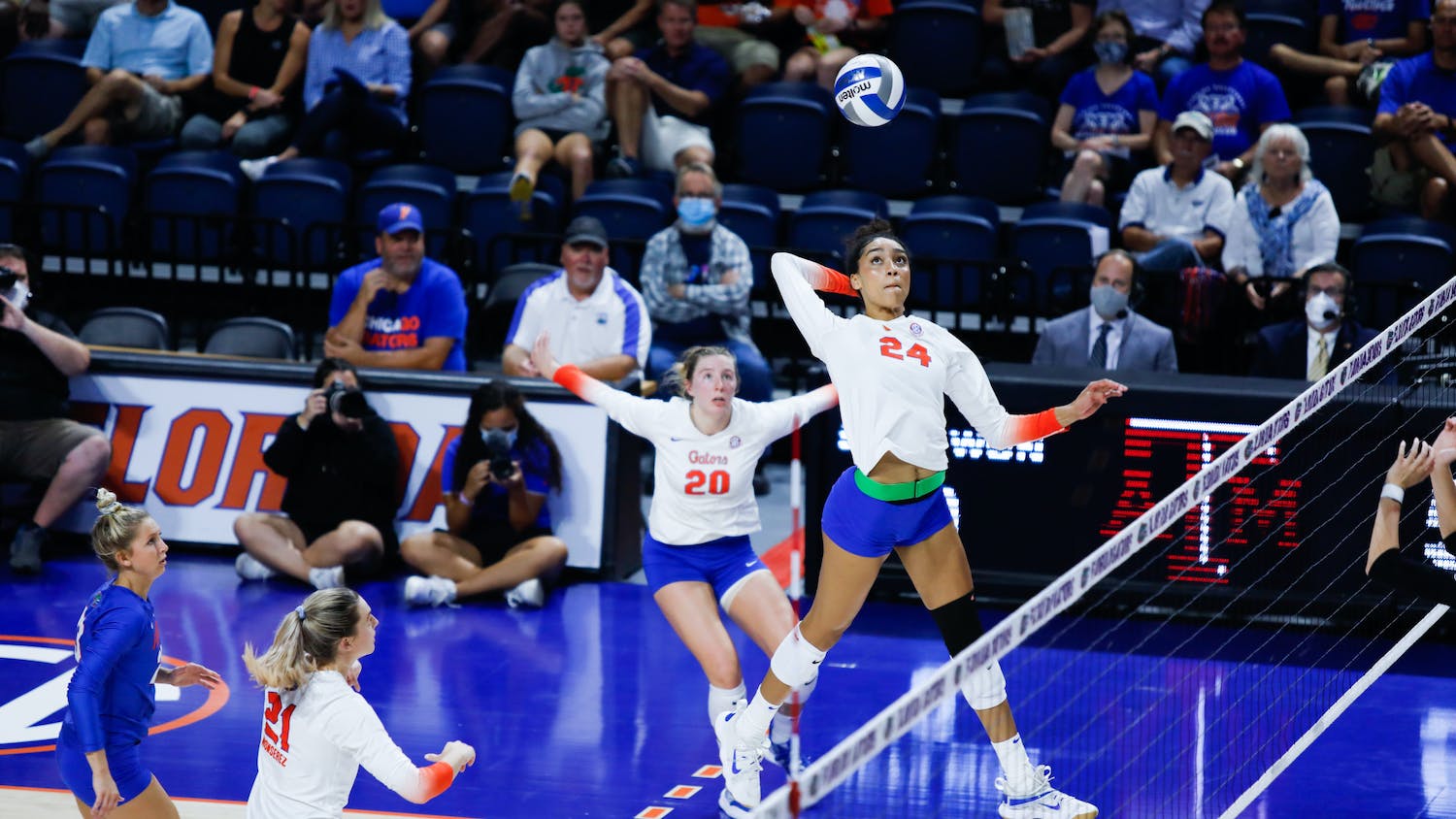