With the holidays right around the corner, The Hippodrome Theatre is already gearing to get their audiences in the Christmas mood.

“Scrooge in Rouge,” written by Ricky Graham and directed by Clint Thornton, tells the story of a theater crew afflicted with a bad case of food poisoning ahead of their performance of “A Christmas Carol,” leaving only three cast members to carry the show. The result is a raucous comedy full of bad puns, risque humor and foot-stomping song in the style of the British Music Hall.

According to artistic director Stephanie Lynge, the show has been on the theater’s shortlist for four years. With their 42nd annual rendition of “A Christmas Carol” set to premiere a week later Nov. 30, it worked well to pair the two together.

“When we’re putting a season together, we try to have a wide variety of shows here because we have a wide variety of people who come and have different tastes.” Lynge said. “So after our last show, which was very naturalistic and very serious and dramatic, we thought, ‘Why don’t we just go 180 degrees in the other direction?’”

It’s a unique set up in that viewers can get whatever their holiday needs are, whether that be the more meaningful experience offered by the classic tale or the laid-back de-stressor provided by the spoofed version.

“We could all use a good laugh for the holidays, and this show definitely delivers on that,” Lynge said.

Actress Vesta Virile, portrayed by Kelly Atkins, is stellar in her role as Scrooge. She portays the titular character with enthusiasm and practiced finesse. Her fellow cast members Lottie Obbligato and Charlie Schmaltz, played by actors Matthew McGee and David Patrick Ford respectively, deliver similarly passionate performances, playing a myriad of characters over the play’s two-act course and infusing them with their individual charm.

Accompanied by their trusty pianist Alfred Da Cappo, played by musical director Bryan Mercer, the three-person crew delivers an inviting performance in spite of the challenges they are beset with.

The story’s premise means that some of the actors play quite a few characters, a feat that is difficult despite the ease with which they switch between roles. This is the case for Ford, who flits between a whopping nine characters over the course of the play.

“You kind of have to figure out where is this character — what do they want?” Ford said. “I really enjoy getting to stretch physically, as well as character-wise.”

While “Scrooge in Rouge” marks the first time all three actors have worked together, their chemistry is palpable. Their comedic banter builds upon each other and lands with astounding accuracy, translating to a viewing experience that is sure to delight viewers and keep them on their toes.

According to the actors, the demanding nature of “Scrooge in Rouge” — both in terms of character and costume change — allows them a great amount of artistic liberty within their interpretation of the play.

“It seems like every day we come in and we kind of create something a little bit different,” Atkins said. “Just discovering new moments and levels of things that we can play.”

“Scrooge in Rouge” is scheduled to debut at The Hippodrome Theatre Friday night at 8 p.m. and will run through Dec. 22. Tickets can be purchased on the Hippodrome’s website.

Actors Matthew McGee, Kelly Atkins and David Patrick Ford take center stage in costume for their roles in the Hippodrome's "Scrooge in Rouge." 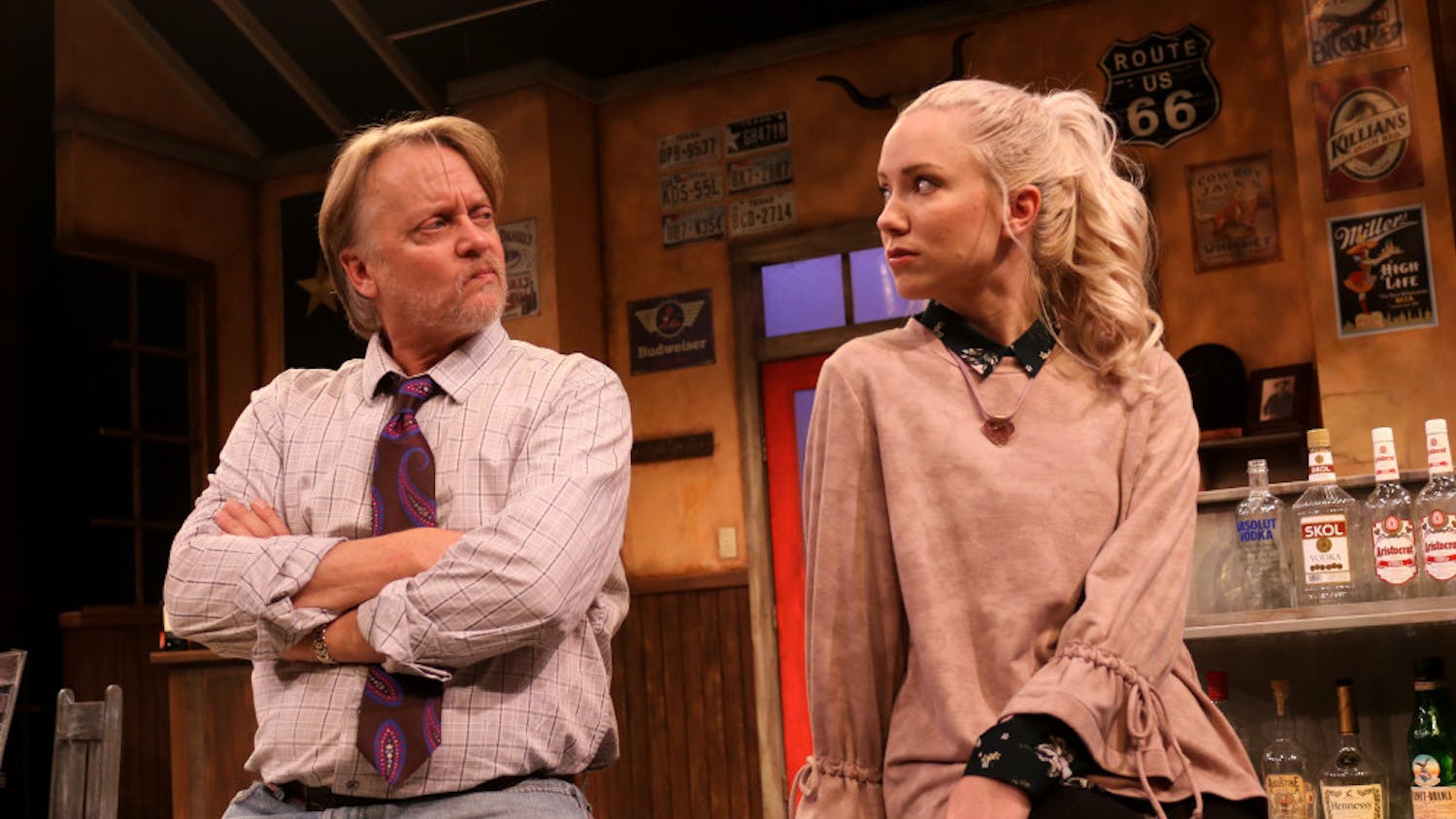 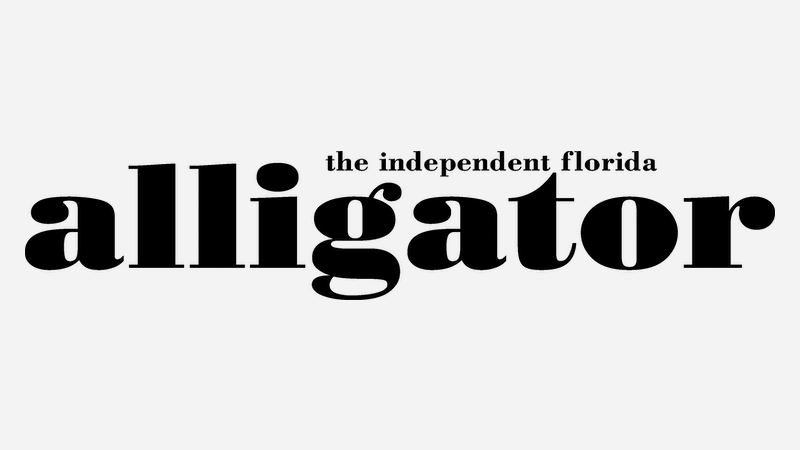 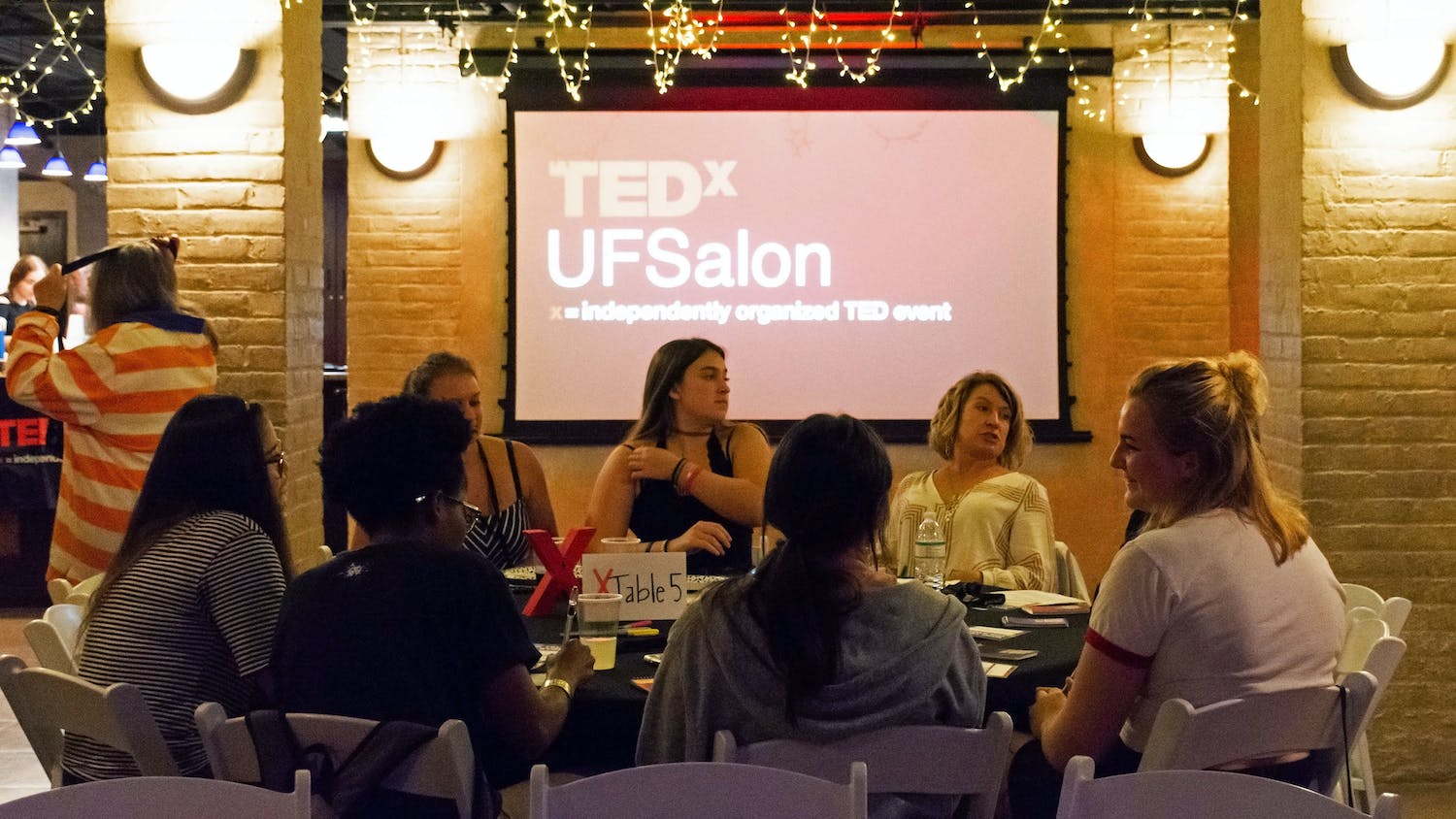 TEDxUF holds its first salon-style event of the year