Florida advances to Round of 16 after win against UCF

It didn’t take much for Florida’s volleyball team to take a 3-0 win over UCF, even without its star hitter in sophomore Thayer Hall – who missed her second-straight game with an undisclosed injury.

Following the Gators’ 3-0 win over Alabama State on Thursday night, Florida faced a consistent Knights team on Friday and defeated UCF in straight-sets (25-21, 25-18, 25-17).

The No. 12 Gators now move on to the Sweet 16 for the second-straight year against the winner of No. 7-seeded Minnesota-Creighton. If the seeds hold, Florida will be heading out west to Austin, Texas, for their Sweet 16 matchup.

And for now, Kramer — one of four seniors on this year’s Gators roster — is just trying to take in as much as she can in her final matches donning orange and blue.

“This is all very surreal,” she said after the team’s 3-0 win over Alabama State. “I’ve definitely been leaning on Allie (Gregory) these past few weeks of just, ‘Let’s band together, so let’s just rally this team. Let’s lead this team together, and make this our best year to win this tournament.’”

Kramer has been within reach of the national title once throughout her Florida career. The 2017 championship match against a very talented Nebraska squad still hangs in the back of her mind.

Florida’s high offense kind of night helped keep it ahead of UCF, out-killing the Knights 48-30. But it wasn’t just the offense that was hot Friday night, the defense was, too — out-digging UCF 55-38.

“The key to the match was the play of our veterans, especially (Gregory)...,” coach Mary Wise said after the 3-0 match against UCF.

The senior libero’s night moved her into fourth all-time in digs with 1,375 digs.

But Gregory wasn’t the only one who made history Friday night. With the win, Wise is now the 11th most winning coach in NCAA history with 957 wins. 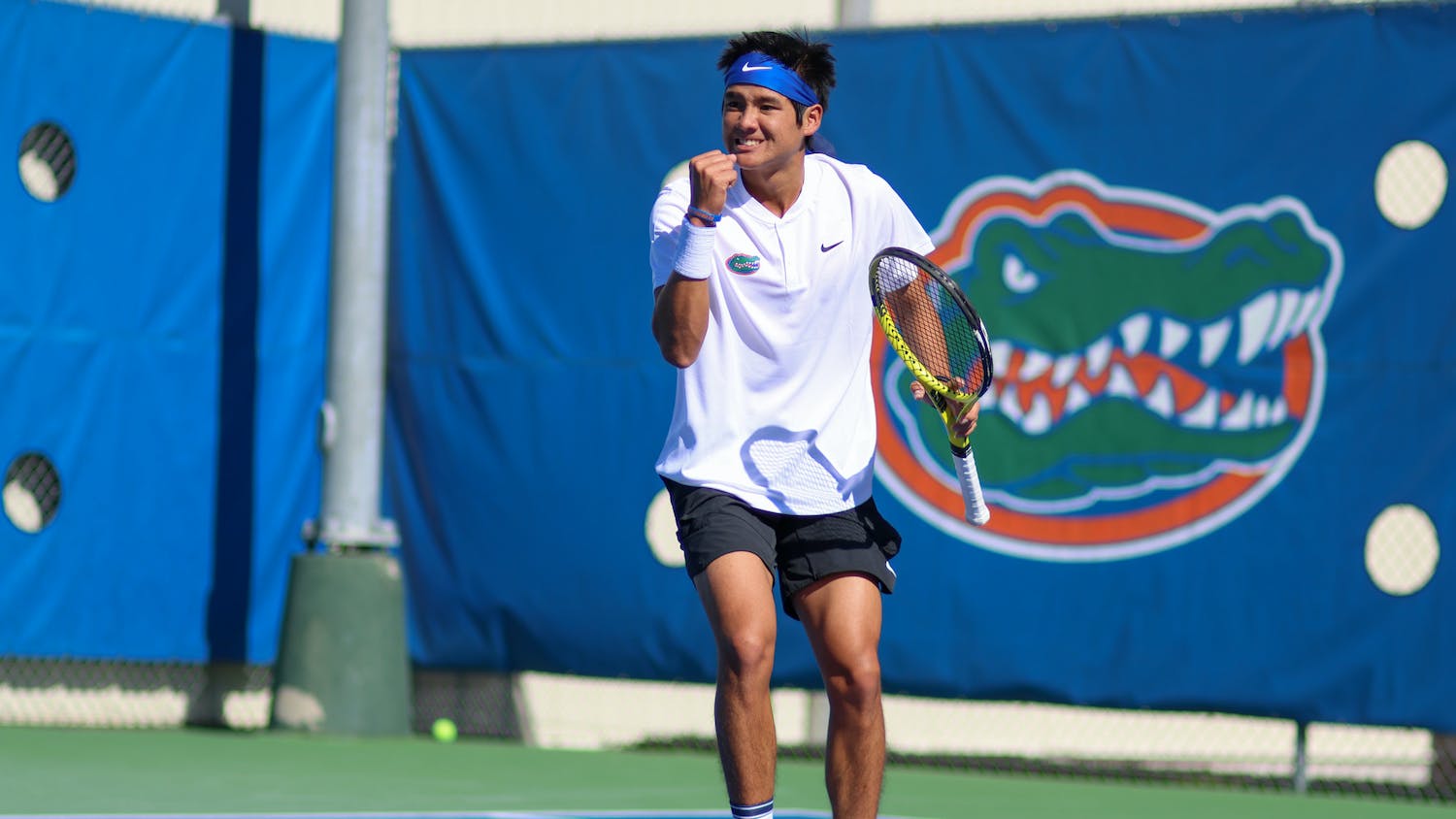