Gators come up short again in 2019, but there is still hope for the future

Florida volleyball’s 2019 season will be remembered like a lot of its other seasons: A strong regular season before bowing out in the NCAA Tournament.

Kramer, the tallest player in program history at 6-foot-8, was on the All-SEC Freshman Team in 2016 and has been on the postseason All-SEC Team each year since. At the conclusion of the regular season, she was top five in program history in blocks, block assists and hitting percentage.

The senior was one of Florida’s most notable players on and off the court, and it will be difficult for the team to replace her.

Gregory played in at least 30 matches all four years at Florida, but she took over at libero in 2018 following the graduation of Caroline Knop. Over the last two seasons, she tallied almost 1,000 digs and averaged over four per set.

But the biggest takeaway from the 2019 squad is the strides the sophomore class made over the course of the season.

The Gators’ second-ranked 2018 recruiting class was headlined by Thayer Hall, that year’s No. 1 overall recruit. Hall improved dramatically offensively, as her hitting percentage increased from a pedestrian .198 in 2018 to .250 in 2019. She recorded nearly one more kill per set compared to last season and also became a bigger threat from the service line.

Sophomore Marlie Monserez took over as the team’s setter in the 5-1 offense, and she had the fourth-most assists per set in the SEC. She was the distributor behind an offense that finished second in the SEC in hitting percentage.

However, the biggest surprise out of this group of sophomores came from middle blocker Lauren Dooley, who barely played in 2018. She didn’t receive much playing time in 2019, either, until Kramer was injured during the Honda of Gainesville Invitational early in the season.

Against Long Beach State, Dooley made the most out of her newfound opportunity, burying 14 kills on 23 swings with just one error while also recording four blocks. She had 14 blocks that weekend alone.

Dooley replaced redshirt junior Darrielle King in the rotation at middle blocker for the rest of the season. The Gators will need more out of both next season as they try to replace Kramer.

In total, Florida is losing two starters in Kramer and Gregory as well as seniors Chanelle Hargreaves and Morgyn Greer. Coach Mary Wise has responded by bringing in a four-player recruiting class, three of which are top 40 prospects. The Gators will also have junior Georgia transfer T’ara Ceasar, an outside hitter, after sitting out this season due to transfer rules.

Support your local paper
Donate Today
The Independent Florida Alligator has been independent of the university since 1971, your donation today could help #SaveStudentNewsrooms. Please consider giving today.
Popular
Gainesville will take over control of a stretch of West University
Family-owned UF apparel store Gator Mania goes out of business
Families of UF students killed on West University Avenue filed lawsuits for wrongful death
Community grocery store may be built in East Gainesville following City Commission vote
Man jumps from Millhopper Bridge into I-75 traffic
Tweets by alligatorSports
Calendar
No events at this time.
Submit an event
More 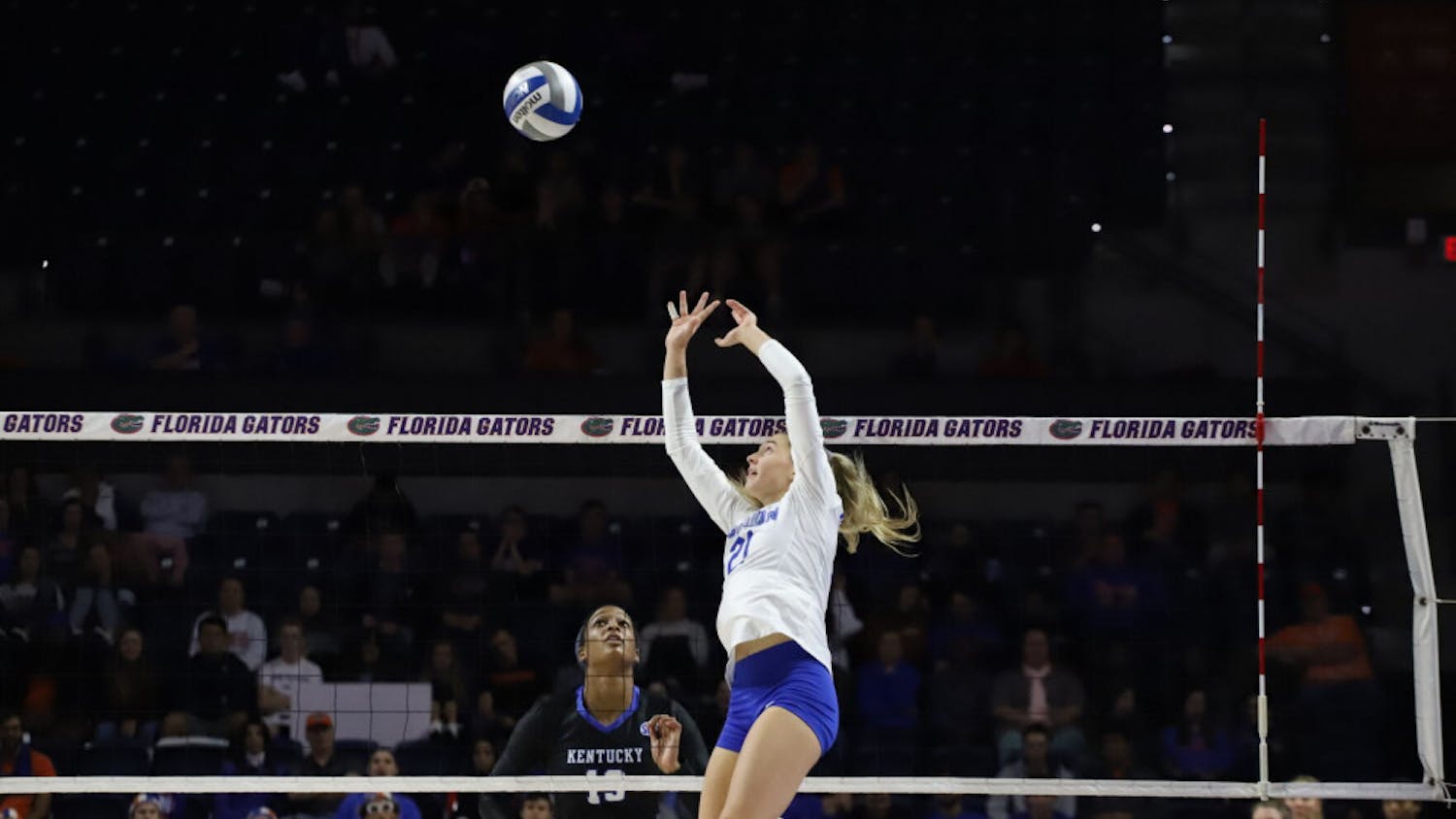