A million-dollar script and a 10-cent shot

This was not one of those times.

Despite the buildup, David couldn’t make a three-pointer.

With a sold-out crowd at the O’Connell Center in Gainesville bearing witness, the Florida men’s basketball team lost to No. 1 Baylor 72-61 on Saturday night.

The game started well for an unranked Florida squad that was coming off a heartbreaking loss to LSU on Tuesday. A loss where forward Keyontae Johnson’s layup didn’t count in the winding milliseconds; leading to a long trip back home to Gainesville.

But, the stage was set.

Fans camped out all night in front of the O’Connell Center to get front row seats to see Florida square off against the top team in the nation. This was where UF would make its presence known in the college basketball world.

With Florida football coach Dan Mullen making an appearance at halftime on center court to deliver a speech, the crowd was restless.

UF was down to the Bears 40-29 at the half and Mullen, like he has done countless times, ended one of his rallying speeches with an exclamation point.

“Make sure you crank it up here in the second half and let Baylor see what it means to come here to Gainesville and what happens to you when the whole Gator nation gets behind this team and leads us to victory in the second half,” Mullen said. “Go Gators!”

A better script couldn’t have been written, nor a better picture painted for a Florida rally and comeback at the half.

Except in this movie, the protagonists were outmatched.

Florida started off the contest impressing from behind the arc, shooting 3 for 5 in the opening minutes but didn’t make another three-pointer until the final minutes of the game. The Gators finished shooting a putrid 4 of 17. Meanwhile, Baylor shot a commanding 9 for 19 from long range.

“They got a few guys playing out there playing like maniacs,” White said.

Baylor was led by guards MaCio Teague and Devonte Bandoo, both with 16 points.

Johnson had a game-high 20 points and guard Andrew Nembhard followed with 16.

Both teams were closer than the final score would have fans believe, as Baylor struggled mightily in the second half, shooting 8 of 27.

If Florida could have converted some of its second half one-and-ones, it would have been a more competitive affair.

Ultimately, poor shooting would spell the end of this would-be fairytale as Florida loses its second-straight game and its 10th straight against a No. 1 team.

If you ask White, however, maturity was, and is, this team’s main concern.

“We’re an immature team right now and from a mental toughness standpoint we’re nowhere near what it takes to be a championship-level team.” 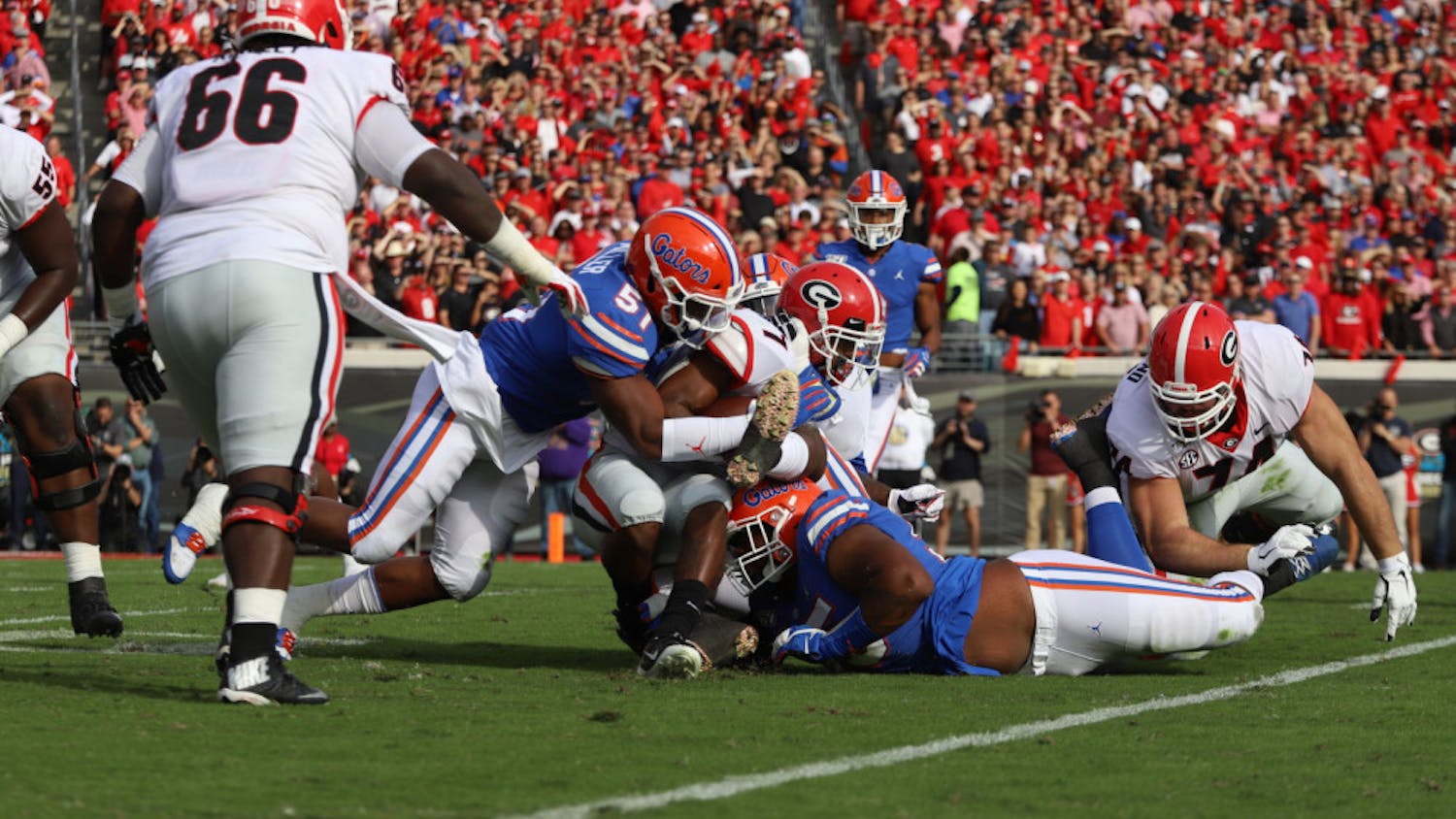