Kika Silva Pla Planetarium: a home for all astronomy lovers

In 2045 a solar eclipse will pass through Gainesville. Director of the Kika Silva Pla Planetarium James Albury says he plans to see it — even if he’ll be in a wheelchair by then.

Albury has been interested in astronomy since he was a child. He was introduced to the subject through watching PBS documentaries such as “Star Hustler” with his father. After he watched them, Albury would go outside and look at the constellations and eclipses he learned about.

At age 13, he went to the planetarium at the Miami Museum of Science and saw the show “Child of the Universe” produced by Jack Horkheimer, host of “Star Hustler” at the time. He was so impressed by the show that he asked the planetarium operator how he could become a director himself.

The following summer, he became an apprentice at the planetarium and began to pinpoint constellations. Through the beginning of high school and college, Albury was a console controller.

Albury studied astronomy in college because he knew he wanted to become a planetarium director. Following school, he worked at UF in the office of Academic Technology, dissertation tech labs, at the help desk and at a healthclub in Jacksonville.

He then found the position of director of the planetarium at Santa Fe College. He began the job in 2009.

Nine years prior, Professor Sally Hoffman, an instructor of astronomy and physical sciences at Santa Fe, proposed to have a planetarium built on the campus. Once the faculty agreed, the planetarium was built.

Albury said Santa Fe applied for an educational grant to pay for a $375,000 Chronos Projector — capable of displaying over 8,000 stars at any location or time dating back to thousands of years — and a $175,000 digital projector that shows pre-recorded shows. When the grant fell through, the 34-foot dome sat empty for six years.

The Chronos Projector and digital projector were installed after Congressman Cliff Stearns provided educational funding from a federal appropriation. John Pla and his wife Amy Howard also made a donation, and the planetarium was named after Pla’s mother Kika, a nickname for Maria.

“It wouldn't surprise me if she [Doctor Hoffman] requested the college to do the dedication ceremony on the same day, knowing Doctor Hoffman as I did,” Albury said.

Hoffman passed away in December 2014 after teaching at Santa Fe for 40 years. Because of her contribution to the planetarium, Sept. 1 was designated “Dr. Sally Hoffman Day.”

The only planetarium in North Central Florida, it offers an immersive experience in the form of shows written and narrated by Albury. His guided tours, like “Florida Skies: Winter,” change weekly and seasonally based on shifts in the location of the stars and moon.

A star map of Gainesville is distributed so the audience can find the stars after the show. Other presentations like “Music 360: Pink Floyd - The Dark Side of the Moon” are pre-recorded music shows displayed by the digital projector.

At these shows, Albury tells the mythology behind the constellations and displays those visible at night with the Chronos Projector. He’s sure to add in some humor, often asking the audience to clap if they are still awake.

“I’ve heard that I have a voice that puts people to sleep,” he said. “If I have a show in the afternoon I’ll say ‘Usually if you’ve had lunch already, that carbohydrate nap will hit you in about 10 minutes.’”

“James is an entertainer through and through,” he said. “He’s really good at his job and he picks up on jokes really quickly so it’s always fun.”

In the future, Dollas plans to gain experience in the U.S. and then possibly work in Greece, where he was born. He says that once Greece’s economy improves, he wants to integrate astronomy into his career and work for foundations associated with science there.

Dollas says he loves his job.

“Getting to entertain people,” he said. “Getting to sit down and do something fun. That’s something I would like to do for the rest of my life.”

Nick Pedem, a 58-year-old from High Springs, has been to the planetarium with his father-in-law Curtis Moss “two or three times.” They are both interested in museums and history, but Moss, an 85-year-old from Orlando, says he is particularly interested in the sky.

Moss’ fascination has prompted him to build model airplanes and telescopes.

“It’s over my head but still neat to see,” Pedem said. “He sits there and tells me things and he talks about it and I try to understand it and get a little grasp of it.

Without accessible resources, Moss learned how to craft telescopes by asking questions and reading at the library.

“I was always curious about everything,” he said. “I drove people crazy with questions that they couldn’t answer. ‘What are these stars? What are these lights in the night sky? Why are they there?’

In the future, Albury hopes to create a show similar to “Star Gazers” — renamed from “Star Hustler” after host Horkheimer passed away  — which he hosted until recently. The show, featuring naked-eye astronomy, is tentatively set to air at Santa Fe in late February or March.

“I like being a communicator of astronomy,” Albury said. “I like to think of myself as the Dollar General version of Neil deGrasse Tyson.”

More information about light shows can be found on the Kika Silva Pla Planetarium’s website.

Worth $375000, director of the Kika Silva Pla Planetarium James Albury often says that the Chronos Projector is worth more than his house. This projector is the first of its kind to set the exact time and location of constellations.
Support your local paper
Donate Today
The Independent Florida Alligator has been independent of the university since 1971, your donation today could help #SaveStudentNewsrooms. Please consider giving today. 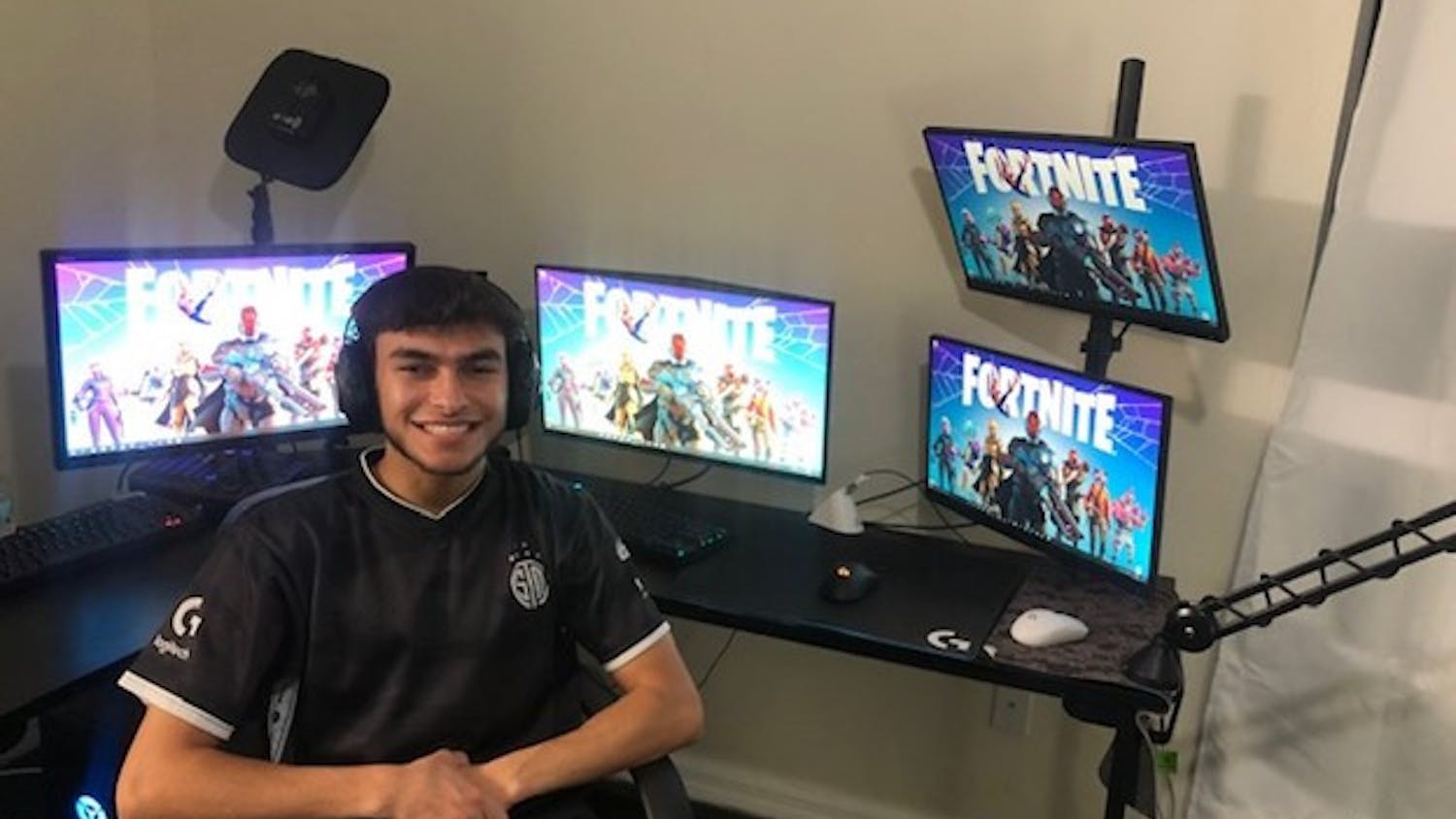