His Native American mother taught him to protect the earth and to cherish it. During the film “Poisoning Paradise,” about communities in Hawaii surrounded by experimental test sites for pesticides, David Ruiz, a 37-year-old resident of Gainesville, said he felt provoked.

“I got really emotional by this because you can see really clearly that the health of the local people, of the indigenous people there, suffered because of it,” he said. “There is no need for it, it's really something that doesn't have to happen, but when people put profits above the well-being of others, the environment and the planet, that's what you get,” he said

The founding director of Cinema Verde and Gainesville resident Trish Riley said that through the festival she wants to educate the public.

“We have a really environmentally-aware community and a concerned community,” she said. “I feel like a lot of people already understand environmental issues but they come because they want more in depth information.”

Around the venue, Riley hung up signs that say “Cooperation trumps competition” to remind people that environmental issues are bipartisan she said.

“It's not a political issue, and it's not a religion,” she said. “This is your kids and your future.”

The film, “Microplastic Madness,” follows two fifth grade classes at the Patrick F. Daly Magnet School of the Arts in Red Hook, Brooklyn, New York and the environmental outreach they did. For two years, the directors Atsuko Quirk and Debby Lee Cohen documented every activity and class.

According to Quirk, most of the students live in public housing and have difficult home lives.

“They have daily challenges in their lives,” she said. “We never know what happened last night with the kids in the house, or with their family, very complicated situations.”

Their outreach included neighborhood and beach cleanups along with litter surveys, giving away reusable bags, educating people on the streets, hosting a plastic-free day in the cafeteria and advocating for banning styrofoam in New York City.

In the film, students narrated and created drawings for the stop-motion animations.

“Our program is always to give students a voice so that we’re not coming in just to put words in their mouths,” Quirk said. “We always let them think about what this issue means to them.”

Unlike other environmental documentaries, “Microplastic Madness” has a hopeful undertone.

“That whole story was really inspiring to us and hopefully viewers will see that every step of the way, see that step by step to get to how deep this issue is and what actually people can do,” she said. “The movie is really uplifting and really positive.”

Several audience members agreed that the film was encouraging including Ron Ewalt, a 73-year-old Gainesville resident

“The kids didn't rant, they told a story, they were engaged,” he said. “People connect with narratives, the anecdotes, then you can bring in the facts. But unless you get a hold of [the audience's] soul and their heart and get them convinced and wanting to listen, they are not going to change. That is the value of films like this.”

The film won the Best Solution award along with “The Everglades- A Watery Wilderness.”

In the future, Riley plans to take the award-winning films to other places, like environmental conferences, so that they can continue to be watched.

While watching “Ansage Ende,” a film that depicts environmental destruction and activists, Maritha Van Der Walt, a 56-year-old Gainesville resident, sobbed when workers cut down trees in the film.

Although the movies make them despondent, she and her partner Steff Woodworth, a 58-year-old Gainesville resident, have returned for the third year because they believe people have to get involved to make a difference.

Atsuko Quirk accepts the Best Solution Award for her film "Microplastic Madness," which she directed with Debby Lee Cohen. The film follows the environmental and community outreach of two fifth grade classes in Brooklyn, N.Y. 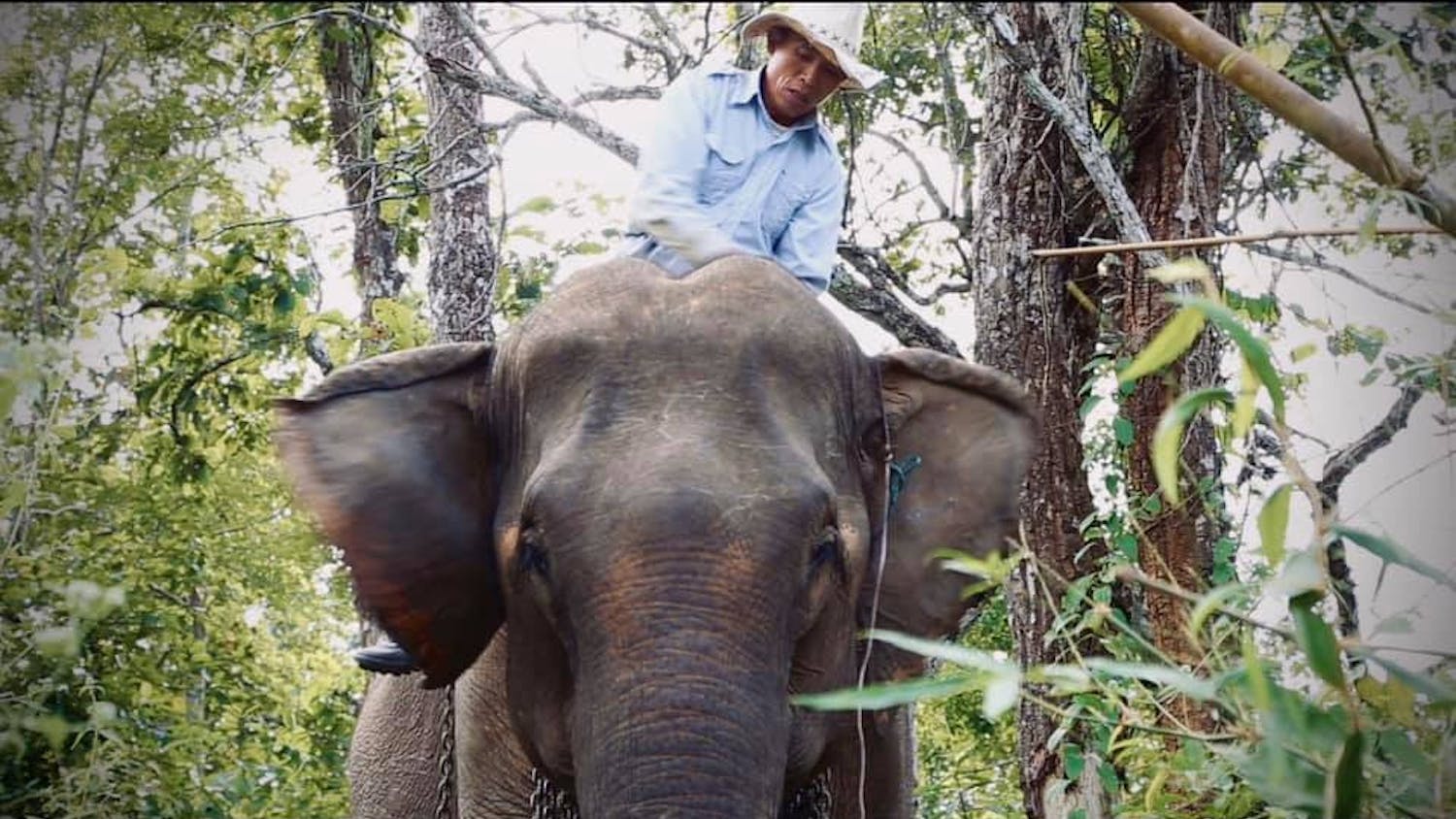