The Best Game I Ever Covered: Just grins in a historic win

Before this COVID-19 crisis, I took my profession for granted. Sports have never stopped in America, and I never would have thought that athletics in this country would be on hold like it is now.

These days I find myself reminiscing about the last few months and how many games I wrote about and watched. Covering UF basketball and baseball simultaneously can take a toll and there is only so much Mike White hate one person can read on Twitter.

A couple of weeks ago it got to the point where I actually wished that the basketball season would end earlier so I could take a break.

The phrase “be careful what you wish for” just doesn’t do it justice.

That being said, the best game I ever saw live was when Florida played Georgia in men's basketball less than two months ago.

On Feb. 5, UF hosted Georgia in what was supposed to be a relatively easy game for the Gators. Florida was coming off a win after a three-game slide and the Bulldogs came into the O’Dome with a 12-9 record and were just 2-6 in the SEC.

There was one thing that they did have going for them, though: Anthony Edwards.

At the time, Edwards was seen as a lottery pick in the NBA Draft this summer, and now it would be nothing short of sacrilege to suggest he won’t be the first name called by NBA Commissioner Adam Silver whenever the draft may be held.

And in February he didn’t disappoint.

I remember attending the game with Brendan Farrell, another basketball beat writer at The Alligator, and we both thought that UF would come out with the win.

But when nearly 10,000 fans started booing the home team down by 22 points to start the second half, our prediction was as torched as the UF defense.

Edwards was automatic from three-point range, and every time I looked up from my laptop it seemed that the 6-foot-5 guard was draining every three-pointer he took with a hand in his face.

I knew the game was going to be ugly when Edwards hit a fadeaway three from the corner in front of UF’s bench where he proceeded to backpedal in transition while grinning at them.

I remember turning to Brendan and asking, “Is there a scenario where UF doesn’t make the tournament?”

“Yeah, you’re looking at it,” he responded.

At the time, UF was on the bubble of making an appearance in March Madness, and I fully expected them to lose that Wednesday night. Until guard Andrew Nembhard and company exploded in the best comeback performance I have ever witnessed live.

The performance tied the school record for the biggest comeback in its history after surmounting the 22-point deficit and Nembhard was at the forefront with a career-high 25 points.

I’ll never forget as shot after shot dropped for the Gators — each evoking louder screams than the last from the crowd that was booing them earlier.

The memory I take away from that game is something that many fans can’t relate to. While in the media section or any press box at sporting events, reporters are to never show emotion so that you are perceived as an objective journalist covering the game.

After Nembhard hit one of his 10 made field goals during the run (I can’t remember what shot it was) I slowly turned to my left to Brendan, who turned to me as we were both in awe of what we were watching.

Unable to show anything more than a grin, we both looked down at our keyboards and continued to write our articles that were due in just a couple of minutes.

Because of this pandemic, I have covered my last UF game as a student and if this 22-point comeback is the best game I’ve ever witnessed, then I consider myself luckier than most. 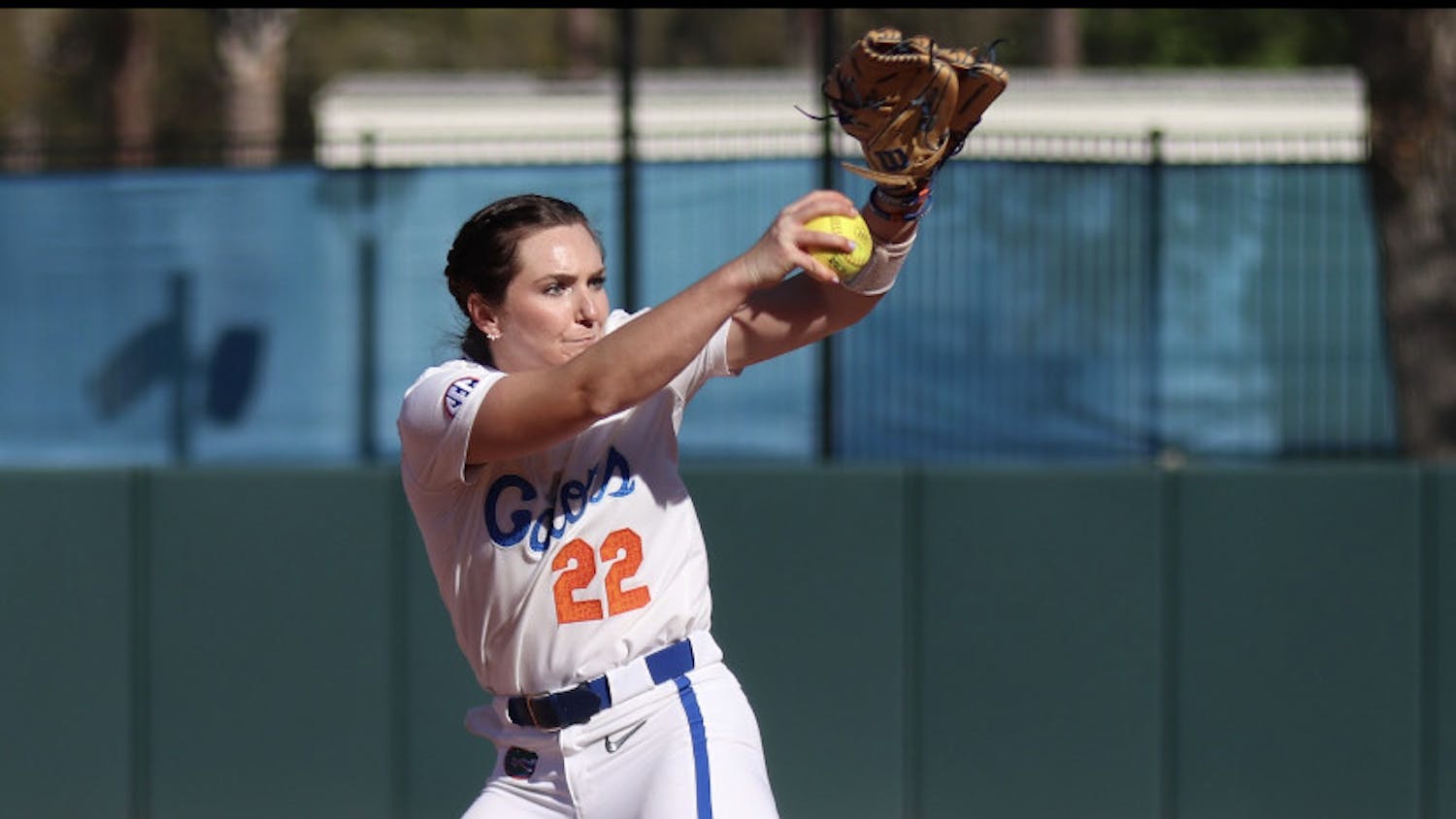