Skip to Content, Navigation, or Footer.
Donate Now
We inform. You decide.
Sunday, June 26, 2022
THE AVENUE

Against zero odds, the show won’t go on this weekend at Bo Diddley Plaza. It’s the exact outcome Gainesville resident and performance artist, Tom Miller, expects for his latest act, the “CORONA NO-SHOW.”

"Please don't come to the Bo Diddley Plaza to see my performance.” Miller wrote in the press release for the event. “I won't be there, and plus, I don't want to encourage social gathering during a dangerous pandemic. You're lucky I'm even doing a show."

The purpose of the “CORONA NO-SHOW” is to encourage members of the community to maintain social distancing measures. Not participating in the event is the act of participating—if you don’t go to it, you’re doing the right thing, Miller said.

“The mayor was kind enough to not permit it,” he said. “This is just the best way, I think, to do all of my future events.”

Miller, 54, is no stranger to showcasing abstract concepts at Bo Diddley Plaza. In 2016, he presented a sculpture of “nothing” to the public, but this performance might instill in others a deeper kind of artistic expression, he said.

“One of the upsides to the pandemic is seeing how people are creative,” said Miller. “And prosper somehow without endangering themselves and others—that’s been really remarkable.”

To Miller, the secret to adapting to COVID-19 as an artist is having a combination of intuition and creativity, he said.

Fellow performer and Gainesville resident, Paul Cohen, believes comedy can stem from anything, regardless of the circumstances.

“People joke about World War II,” Cohen said. “And that was a lot bleaker.”

Cohen, 61, portrays the Reverend Angeldust, a central character to the current rendition of The Tom Miller Show. The character is a satirist’s take on the government and drug culture, a perspective Cohen gained from growing up in the 60s and 70s, he said.

Since 1985, the absurdist comedic art show has operated as an open-mic event, but lately, the cast has been entertaining viewers through Facebook, Cohen said.

For artists like Cohen who have other sources of income, the circumstances brought on by COVID-19 haven’t been a huge deal, he said. For others, survival has just been a matter of eking by, he said.

“For somebody whose full source of income is music, it sort of is a game-changer,” Cohen said. “They might make a couple of extra dollars on the music they make, but it’s not a big money-maker for them at all, they just do it because they love it.”

Entertainment culture in Gainesville has always adjusted to the times, but lately, Miller has found himself wondering how art itself changes within a pandemic, he said. Entertainment can be stagnant, but art will always impact our progression as a society, he said.

The statement the “CORONA NO-SHOW” is making is one of subjectivity. Miller can’t be responsible for how people read into it, but he hopes people can enjoy themselves by not coming to his show, he said.

“I think, going within—that’s where the best shows are,” Miller said. “That’s where the most authenticity can be found, and that’s quite the opposite of doing a performance on stage.”

More details about the event can be found here.

"Please don't come to the Bo Diddley Plaza to see my performance.” Miller wrote in the press release for his "CORONA NO-SHOW." 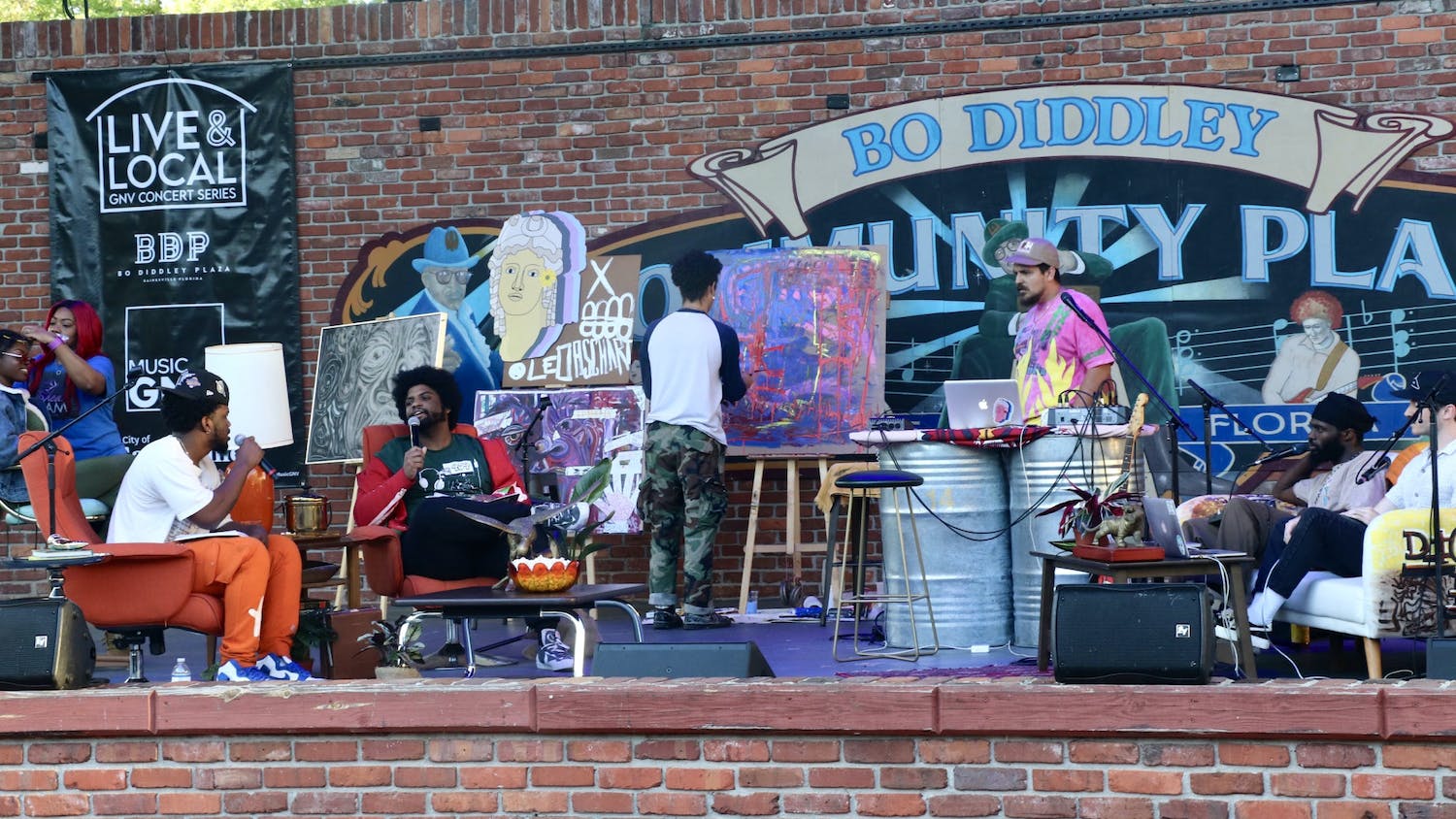 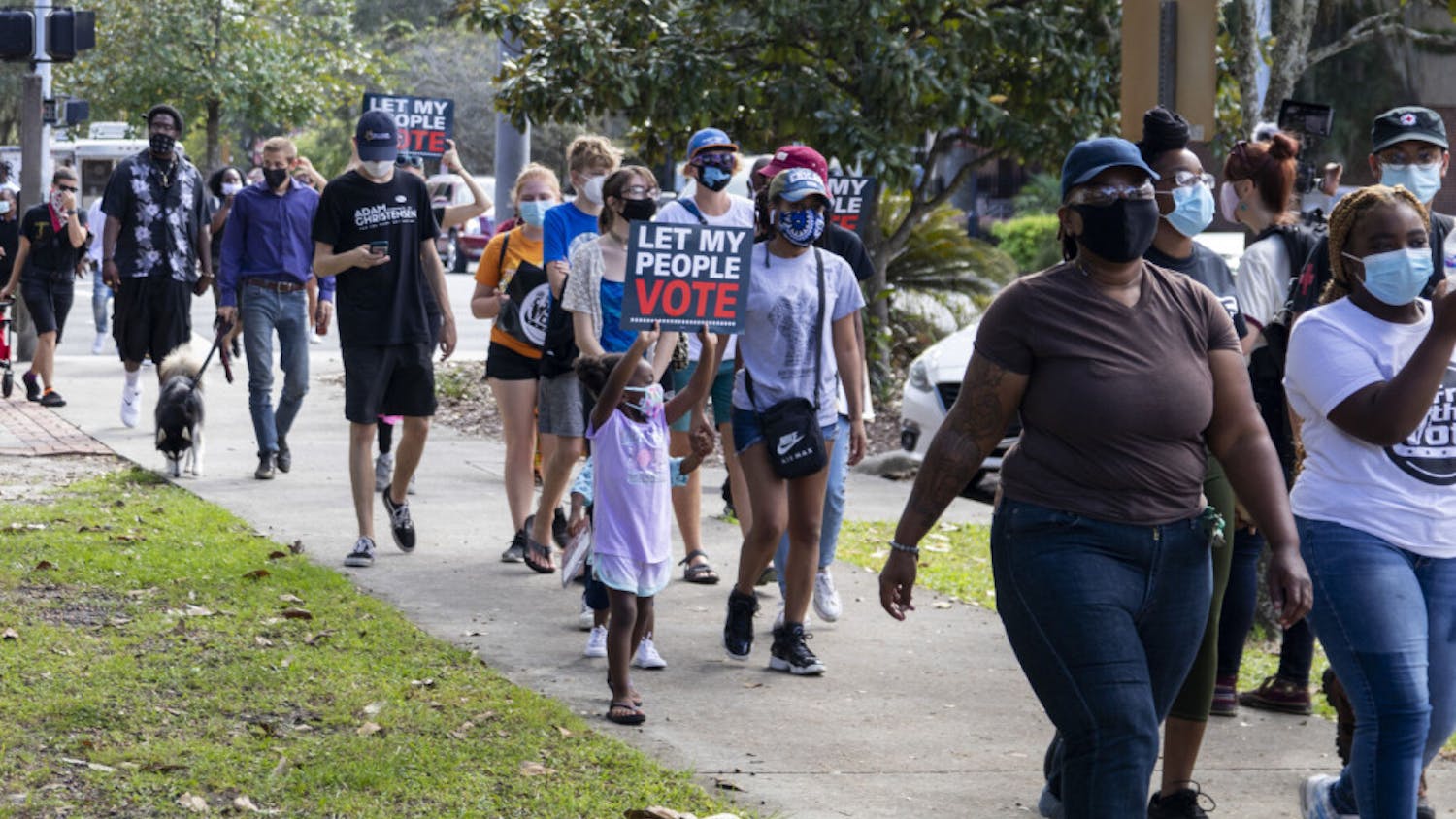 Early voters march to the polls, while others rally for Trump this weekend