Thomas Knight’s hands rested on the steering wheel of his Saab Convertible, but his mind was elsewhere.

As he drove away from Tampa’s International Plaza shopping center in 2003, a fleeting thought developed into a revelation. His reality was suddenly clear. Knight called a good friend and spoke his truth for the first time.

The now 36-year-old UF economics department chair was then a 19-year-old freshman at New College of Florida. From that moment on, his sexual orientation became part of his being.

“It just, at some point, became second nature,” he said. “I have dark curly hair. I'm gay.”

Over the next two years, he shared the news with his friends and three sisters. It wasn’t until three years after the first phone call that he told his parents.

It happened during a trip home to celebrate his older sister’s graduation from UF Law School. While out for sushi and cocktails, he came out to the two people who had known him the longest.

Silence washed over the table. While his father expected the news, his mother felt shocked and betrayed that he had not told her sooner.

Initially, Knight’s mother had reservations: her fears were that her son would never get married or have children. She also expressed her worries about the HIV/AIDS crisis.

However, like her husband, she quickly accepted Knight. She prioritized her love for her son over the worries she might have.

After graduating in 2007, Knight spent three years at Tilburg University in the Netherlands.

Both New College and the Netherlands were diverse and accepting places, he said. Typically those abroad had a wider worldview, and most students, even before same-sex marriage was made legal, were supportive of Knight’s openness about his sexual orientation. Exploring in the world of academia and socializing abroad helped him find security and confidence in his identity.

“I think my life has oftentimes put me in bubbles within society that are not hard places to be gay,” he said.

From the Netherlands, he said he moved to Gainesville to pursue his PhD. He never left.

One member on his dissertation committee at UF, former economics department chair Roger Blair, stood out as a friend, mentor and ally.

“I think of him as like a third parent,” Knight said. “You hear that your boss is in his mid-70s and a Vietnam veteran, and you might make certain assumptions––but he is the most open-minded, supporting guy in the world.”

To Blair, Knight’s sexual orientation wasn’t an issue. Blair told Knight that he never understood the judgment directed at the LGBTQ+ community.

During this time, he also met his husband, Gerardo Nunez, a professor in the UF College of Agriculture. They’ve been together for 10 years.

When Knight became a lecturer in 2012, he said he was initially nervous to talk about his husband in front of students––nervous they’d view him differently or be made uncomfortable. He did it anyway.

“My husband,” he said one day while lecturing. In the instant after, he wondered if he should have bit his tongue. That nervousness, however, was quickly replaced by another realization.

If a student in class was uncomfortable with their own sexual orientation, Knight discovered he could use his platform as a professor to normalize their identity and experience, he said.

Knight said some students in the LGBTQ+ community have come to him for advice or conversation. These students are typically freshmen who come from less accepting families, he added, and many even told him they never expected to have an openly gay professor.

Jacob Gray, a 21-year-old UF economics senior, took Knight’s class, Principles of Economics, his freshman year in the Spring of 2018.

As an openly gay student, Gray said there have been moments where he felt alienated or belittled by his peers. However, meeting Professor Knight allowed him to discover his passion for economics and find acceptance within the field.

“Seeing a gay professor teach a class in my department, especially my freshman year, made all the nerves of being gay in a brand new town go away,” Gray said. “Knowing that Professor Knight was being his true self for all of his students helped me feel true to myself at UF.”

Gray came out as gay his senior year of high school, so he was still unsure of his place in the LGBTQ+ community, he said. However, Professor Knight’s pride in his own identity has left a lasting impression on Gray.

“As I finished his class my freshman year, his pride throughout the semester allowed me to express myself even more freely than I was before,” Gray said. “His pride gave me the courage to show my own pride.”

Knight’s openness allowed him to find confidence in his identity, which shows the importance of representation in the classroom and the workplace, Gray said.

Knight, too, believes in the power of diversity and representation.

When students can see themselves in the people who are teaching them, it creates a more welcoming academic environment, Knight said.

While Knight said he hasn’t felt discriminated against because of his orientation, he believes that economics needs to become more diverse. The field struggles with racial disparities, gender gaps and infrequent representation of the LGBTQ+ community.

Despite his own positive experiences, Knight said he doesn’t minimize the negative experiences of others. He encourages students to be allies and point out injustices when they see them.

“To me, the most impactful thing is when you hear something that sounds like it diminishes another person's worth, or blindly applies some judgment to another person's experience,” he said. “Call it out. I think most people in this world want to see themselves as respectful, loving people, so kindly let them know that what they're saying is not respectful and loving.

To Knight, finding happiness and acceptance takes a conscious effort: one with the right path and right people.

“The world is full of people who will love, support and respect you,” he said. “So find those people. Seek them out. There are spaces where you can thrive, so find those spaces. Live in them.” 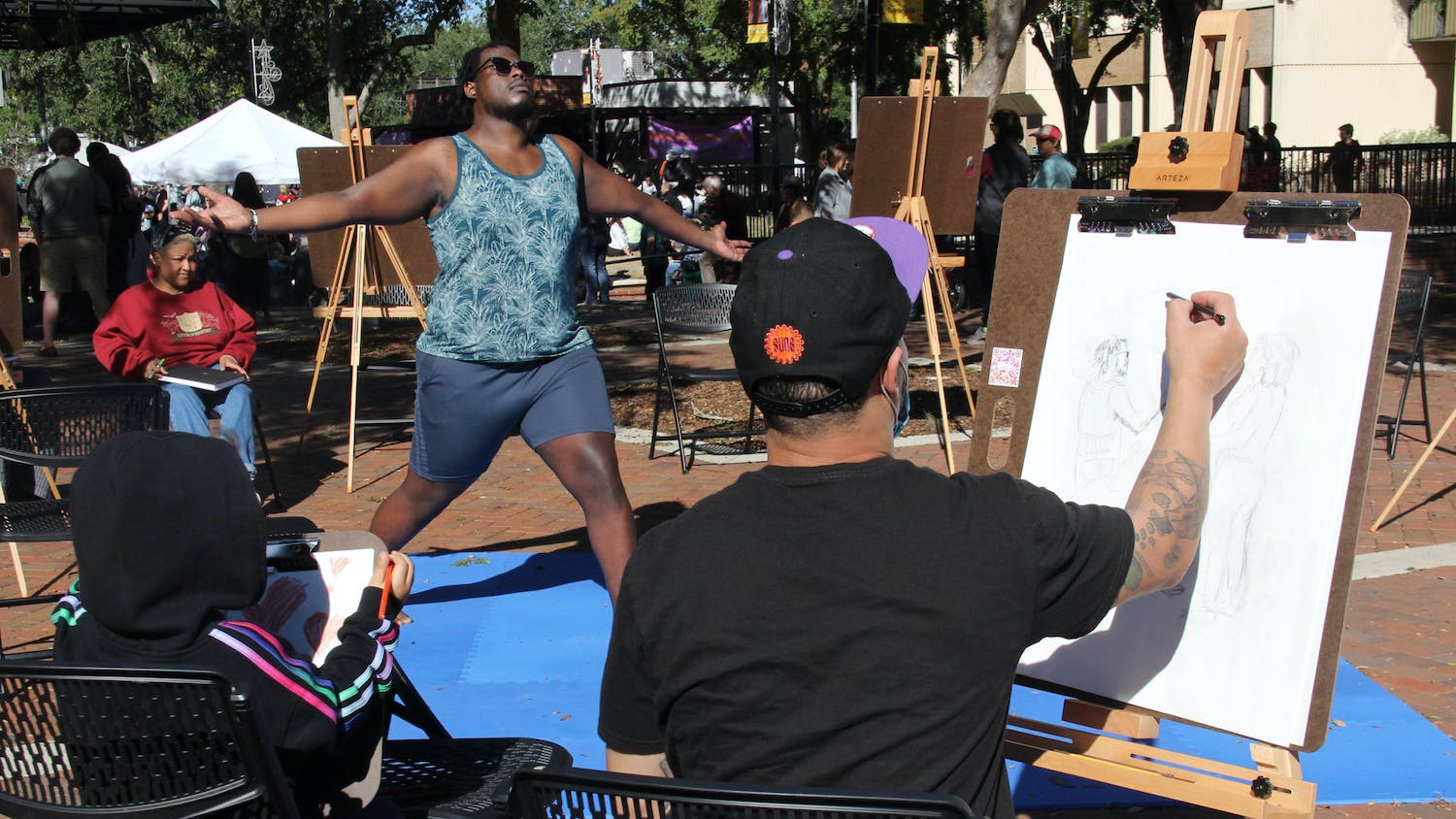