Yoho, who represents Florida’s 3rd Congressional District, which includes the counties of Alachua, Clay, Putnam, Bradford and Union as well as parts of Marion County, reportedly also called the congresswoman “disgusting” because of her statements about poverty driving up crime rates in New York City, according to an article by The Hill.

Wednesday morning, Yoho made a statement on the House floor about the conversation. He apologized for his abrupt manner and said that although the two disagree, they should not be disrespectful. Yoho denied directing the name toward Ocasio-Cortez.

Yoho is not running for re-election this year, and instead voters will choose between three Democratic candidates and 10 Republican candidates to take his place. The Alligator reached out to each candidate for their thoughts on the situation.

Judson Sapp, who currently has the second most campaign contributions in the race and lost to Yoho in the 2018 Republican primary for the District 3 seat, said in an email to The Alligator that he doesn't believe Ocasio-Cortez’s account of what happened.

“Congressman Yoho is passionate about our Republic. No doubt he and AOC disagree on most issues,” he wrote. “The two may have had a spirited exchange. However, Ted is an honorable man, if he says he did not say something, then he didn’t.”

“I’m glad Ted Yoho is willing to speak up. Most of us share his frustration with AOC’s socialist agenda. She is unpatriotic and should be disqualified from serving in Congress because she hates the very document she swore to uphold," he added.

Gavin Rollins, a UF graduate and Clay County commissioner, said he’s known Yoho for a decade and said he’s sure the congressman had a heated exchange with the congresswoman, but doesn’t think there’s anything wrong with disagreements over policy. He’s supportive of Yoho’s efforts to help people through conservative policies, he said.

Joe Dallas Millado, who is running for office for the first time, said he found the exchange concerning and questioned why it wasn’t considered bullying.

"Respectfully, if this were Game of Thrones, I'd vote to send him to ‘the Wall’,” Millado wrote in an email. “Working with others is critical to putting America first.”

David Theus, who is right behind Democratic candidate Adam Christensen in campaign contributions, said that by nature, debate is going to occur in Congress.

“Those conversations can, at times, be fueled with passion and conviction, however, we are charged to maintain professionalism and civility,” Theus said. “I look forward to having those conversations while serving the interests of the folks from Florida’s 3rd Congressional District.”

Despite multiple attempts to contact them, Republican candidates James St. George, Amy Pope Wells, Bill Engelbrecht, Todd Chase and Kat Cammack did not respond in time for publication. Cammack is a former Deputy Chief of Staff for Ted Yoho and has the third most campaign contributions in the race.

However, St. George, who has the most campaign contributions in the race, tweeted a link to the article by The Hill, and wrote “Well… he ain’t wrong, but I would also add ‘communist’.”

Phil Dodds is currently leading in campaign contributions for the Democratic candidates and was a candidate in the 2012 election for the same seat. He called the exchange unacceptable, and said that as a husband and father, he’s disappointed. The day before Yoho’s statement on the House floor, Dodds called for Yoho to recant and apologize.

“His word choice shows it was not just that he disagreed with her, but that she is a woman who deserves to be belittled,” Dodds wrote in an email. “Further, in the age of Trump, demonization of women and those with different perspectives has become so commonplace that Rep. Yoho felt he could address Rep. Ocasio-Cortez in a way his mother would not approve.”

Tom Wells, who lost in the 2018 Democratic primary to Yvonne Hayes Hinson, said he’s known and debated Yoho for four years. The two have always treated each other respectfully. He said he thinks the stresses of the Republican caucus and staying on the president’s good side for fear of a Twitter attack are the reason for the confrontation.

“Members of the R Caucus are in grief, realizing that they have tied themselves to the mast of a sinking ship. Moving from denial to anger,” Wells wrote in an email. “But what are they grieving for? They are grieving for themselves, for their loss Office! Nothing more.”

Adam Christensen, the youngest candidate in the race at 26, acknowledged that not everyone has the same opinion, but that there is often room for cooperation that can lead to growth when handled professionally. He said he felt this was something the Congressman was lacking.

“And as your future Congressman, I know I would handle the situation a lot like AOC did: she remained calm and went back to work to fight for the people, for us,” Christensen wrote in an email.

The UF College Republicans said the media has not portrayed the events properly, and after having multiple members work alongside Yoho, they said they regard him as honest, genuine and respectful of those he encounters.

“We stand by Congressman Yoho for having the courage to apologize, but also stand by his truth,” the organization said in a statement to a reporter over Facebook Messenger.

“There’s no excuse for that ever, but particularly when it’s not even during, you know, session,” Hemond said. “There’s no debate even being had. It’s really just a personal, sexist attack.”

Hemond said that the UF College Democrats haven't endorsed any candidates yet because they have not been able to hold regular meetings to vote due to the pandemic. However, he said they wouldn’t look into endorsing a candidate with any history of misogynistic remarks. 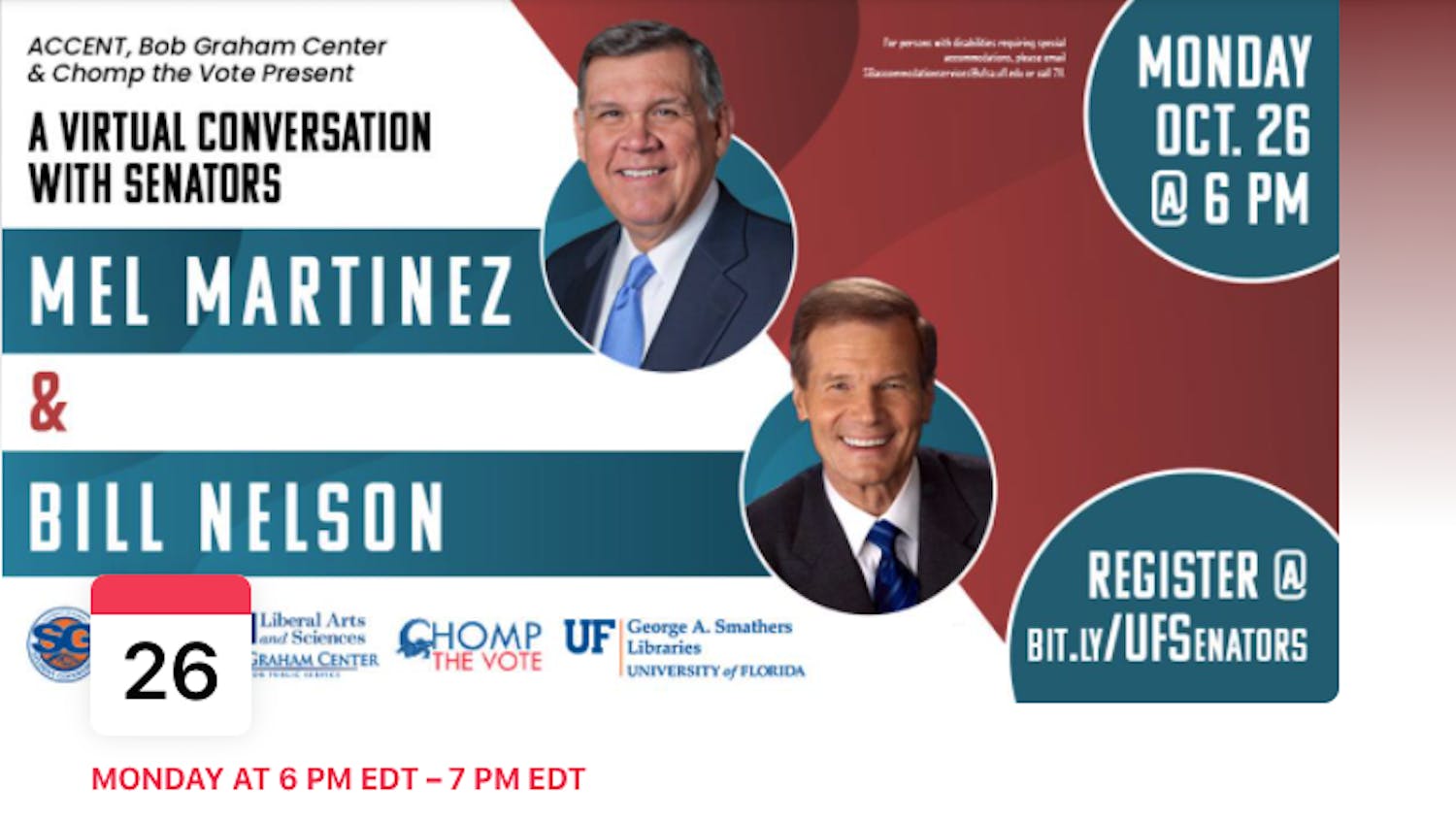