Letter to the editor: Palestine in the media

We are a pro-Palestine organization, and we renounce the claims the Israeli government has on the land of my people, including the annexation of villages in the West Bank.

We are writing to address several things that were mentioned in a Letter to the Editor from a Zionist student regarding the protest we organized last week.

Palestinians are so rarely the focus in media pieces. Our voices are often ignored and disproportionately underrepresented. So we want to start by saying that the Alligator did its duty in upholding the core of journalistic practice, and that is the dedication to reporting the truth. The reporter was sent to cover a planned statewide protest for Palestine with more than 100 attendees, not a spontaneous group of about 10 pro-Israel students waving a flag across the street. The lack of Israeli perspective in the piece was not biased or malicious, it was true to the story that was unfolding. It’s fine that just this once, ours were the voices that were centered. On that day, we felt heard. We felt seen.

Perhaps if a larger Israeli demonstration was coordinated, it could’ve gotten more coverage.

The definition of Zionism provided in the Letter to the Editor was incomplete. No matter how you look at it, Israel was established by the literal expulsion of Palestinians from their homes. So to even say that “Zionism does not equate to anti-Palestine,” is not just wrong, it is the gaslighting of an entire nation.

Palestine mourns May 15, 1948, also known as Al-Nakba, or the Catastrophe, while Israel celebrates it as its independence day. On this day alone, Zionist forces conducted 33 massacres, destroyed 531 villages, and forced over 750,000 Palestinians out of the country as refugees.

One of our organizer’s families was one of the many forced to flee. Tantura, the small coastal village on the Mediterranean they called home, was wiped off the map.

Anti-Zionism rejects the colonial racism of Israel’s founding and the subsequent ethnic cleansing of Palestinians within the occupied territories. It is the rejection of oppression and apartheid. It is NOT prejudice and discrimination toward Jewish people as individuals or as a group. That would be anti-Semitism.

In the letter, the writer claimed that nationally renowned, anti-racist author and professor, Paul Ortiz, was anti-Semitic when he compared the plight of Native Americans in the U.S. to that of Palestinians under Israeli colonization. For one, as we established above, criticizing Israeli colonialism does not equate to being bigoted towards Jewish people. European colonizers felt entitled to Native American lands and took them by force. The same can be said for Israel.

Within the letter, it was implied that equating Zionism and white supremacy was groundless.

So should we ignore that Richard Spencer called himself a white Zionist?

Or that both Zionism in Israel and white supremacy in the U.S. maintain their grips of power through the exploitation, subjugation and displacement of indigenous groups?

Because there is certainly a white ruling class in Israel and a population of Black Ethiopian Jews who disproportionately experience levels of brutality and discrimination that parallel the plight of Black Americans.

In addition, Palestinians are denied the freedom of movement in their own countries through military checkpoints, much like how apartheid South Africa upheld “pass laws” that forced Black South Africans to carry permits to enter “white cities.”

Time and time again so many Palestinians and allies have had to explain ourselves and what we advocate for. The student who wrote the Letter to the Editor, as well as so many other Zionist students we’ve met, insisted that resolution can only be reached if both sides truly listen to one another. But conversation can’t happen if every Palestinian activist and ally is labeled anti-Semitic for actions that simply aren’t so.

So we want to say something we feel has not been expressed enough in these conversations, and we want to be very clear: to be effectively pro-Palestine, one must also stand unwaveringly against anti-Semitism. Anti-Semitic bigotry has created generational trauma for Jewish people, just as all forms of oppressive ideology has done for so many other marginalized groups.

It was not hate that allowed Zionism to take residence in a land that already had people.

It was fear that drove an oppressed people to oppress others.

The reason why we stand so ardently against these accusations of anti-Semitism is because it has no place in this movement.

So when we say free Palestine, it means more than liberating Gaza, more than bringing back the generations of Palestinians scattered across the globe to their usurped homes, more than ending apartheid within the occupied lands. Freeing Palestine means ending the trauma of colonization for all oppressed people across the world.

It is why images of George Floyd, a black man mercilessly killed by U.S. police, are painted all over the occupied West Bank right beside murals of Razan al-Najjar, a Palestinian nurse murdered by the Israeli military.

It’s why we protested on the corner of University Avenue a week ago. It's why we will continue to stand against oppression tomorrow. It’s why we are here today.

We cannot be free until we are all free. And we know, within our lifetimes, we will be.

SJP is an independent organization that creates opportunities to learn about and participate in global movements for the freedom, justice, and equality of Palestinians and others. 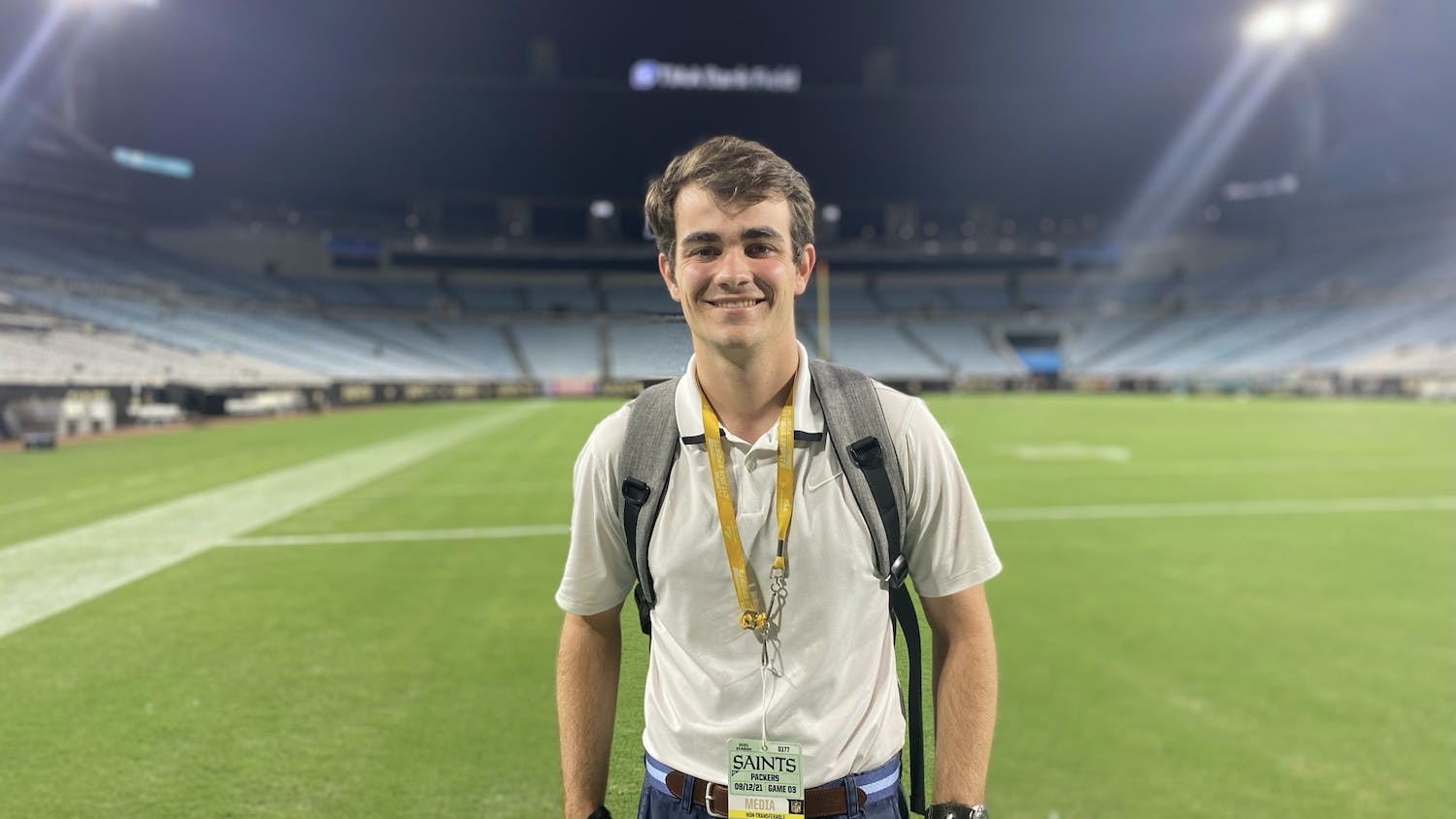