Over the last several years, the soccer pitch hosted one of the least competitive iterations of the Florida-Georgia rivalry.

That likely wasn’t a result of the paranormal, as Billy Lesesne transformed UGA from an SEC bottom-feeder to a dangerous squad that’s poised to finish in the upper half of the conference.

The Bulldogs began their 2020 campaign last Sunday by slaying a giant, beating SEC runners-up South Carolina 1-0 with a very convincing second half performance. The Gators will face a stern test this Sunday, but there are a few takeaways from Georgia’s performance that should help UF return to winning ways against their northern rivals.

Despite seeing a renaissance in the European game over the last five years, the 3-5-2 formation remains a rarity in the college game. This can be a difficult adjustment and teams often struggle to break down Georgia’s back three, seen by South Carolina’s inability to generate many clear cut chances in last week's contest. The Bulldogs held USC to just four shots on target and in the 2019 season Georgia posted an impressive eight shutouts from 19 contests.

The fluid formation depends on two dynamic wing backs, which allow the Bulldogs to defend in a block of five while also throwing five players into the midfield in on the attack. This does leave UGA vulnerable on the counter-attack, as with the wing backs caught high up the pitch, Florida will be able to run at Georgia's back three and create a numerical advantage in the attacking third.

The Red and Black’s 3-5-2 is set up nicely to deal with crosses, as they generally have three defenders to attack balls from wide areas. The Gamecocks were able to find opportunities last week by taking on the central defenders directly. This isolated the Bulldogs’ halfbacks and created gaps in the defense, which allowed for penetrating runs from the midfield.

Georgia’s back three also comprised an athletic but error-prone trio, conceding several fouls right outside the area along with a 43rd-minute penalty shout. Having Florida’s more technical players dribble at the UGA defenders could generate set piece opportunities in very dangerous areas.

Defensively, UF may want to consider having their wingers drop in deeper or adding an extra player into the midfield. South Carolina came out in a 4-3-3 over the weekend, with the wide players staying high to form a front three. Georgia exploited this midfield advantage, carving up the Gamecock defenses with quick buildup play.

Coach Becky Burleigh mentioned this week that her team would likely line up in a 3-5-2 or 4-2-3-1, leaving the Gators well-suited to deal with Georgia in the middle of the park. The team's familiarity with these systems may be questioned, as UF tended to line-up in a 4-3-3 last season.

One of the reasons for Georgia’s success last weekend was its ability to press high up the pitch and pressure the Gamecocks’ back line in possession. Aside from the goal, UGA’s best chance of the match came from a South Carolina turnover deep in its own half, which Bulldog midfielder Dani Murguia recovered and fired just wide of the far post.

For a Gators team that prides itself on possession and ball movement, it will likely struggle with Georgia’s relentless pressure. Associate Head Coach Alan Kirkup noted that UF looks to complete around 500 passes a game, so South Carolina’s total of 237 last week should be a cause for concern.

Florida may benefit from a more direct approach at times on Sunday, relieving the Georgia pressure and testing a stretched Georgia back line.

Potency in the Final Third

Florida will certainly have opportunities to score on Sunday, but it is unclear where the goals will come from in 2020. The Gators lost Vanessa Kara to graduation, and UF’s top returning scorer, Parker Roberts, won’t be eligible for Sunday’s contest.

A good portion of South Carolina’s chances last week came from set piece opportunities, so having a scrappy, proven goalscorer would certainly be an asset.

Coach Burleigh was not concerned by the lack of returning production. She noted her staff’s focus on creating opportunities in dangerous areas and mentioned that a few players, namely Deanne Rose, Mandy Rhodes and Cassidy Lindley had demonstrated their goal-scoring capabilities in the recent COVID Cup.

In all, with the Gators missing training sessions, key players, facing cancellations and a really strong first opponent, UF will likely be considered underdogs against Georgia for the first time in decades. But with a raucous (but socially distant) Donald R. Dizney Stadium and a group of really talented players, expect a very close contest Sunday afternoon. 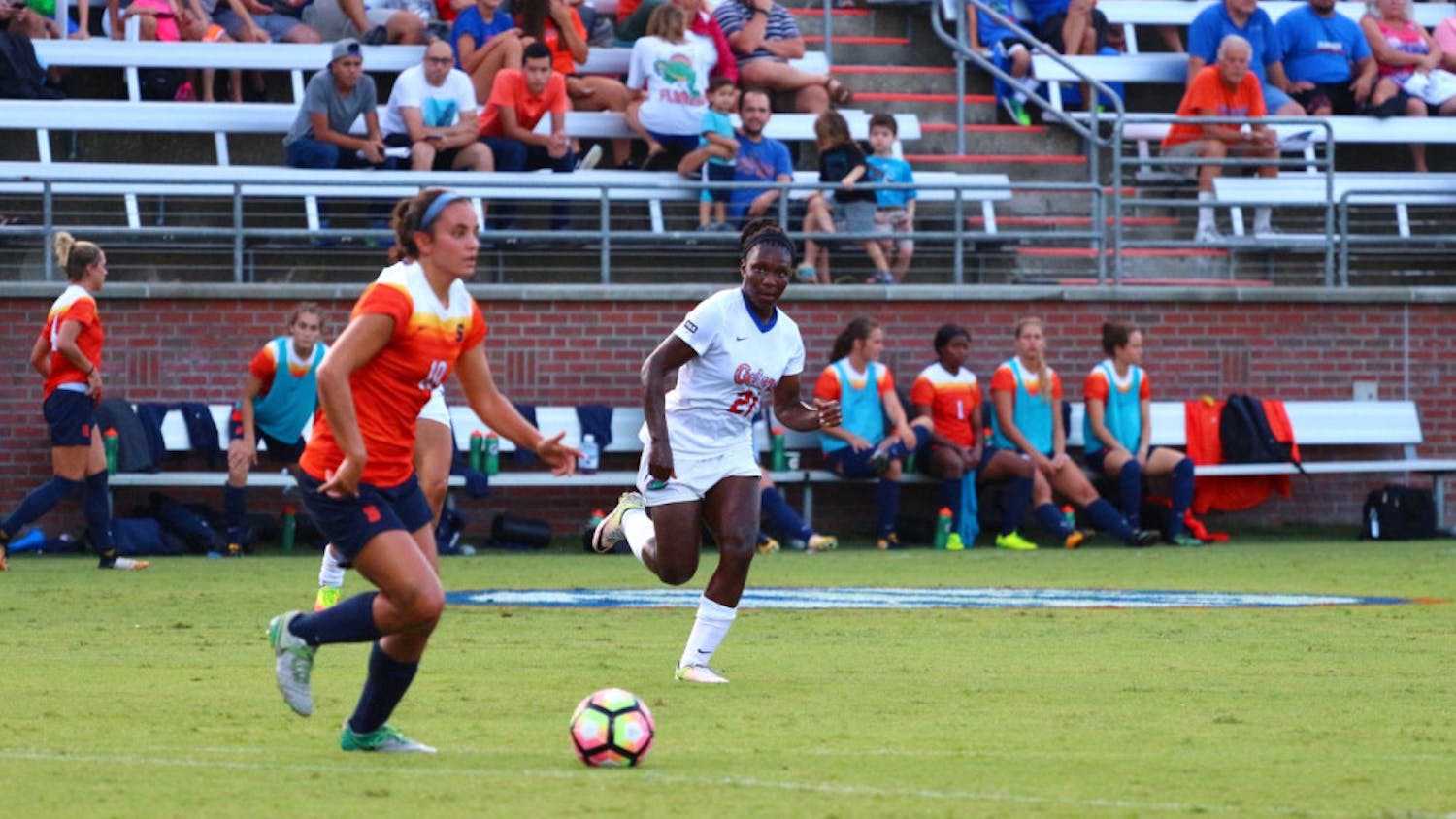