Students are left with few options in escaping lease contracts

The semester has arrived, and rent is due.

Many college students attempted to get out of their Fall housing leases, but Gainesville apartment complexes offer few options to break leases once they’re signed. As a result, students are left with the difficult decision to sublease, temporarily rent out the apartment, or pay monthly for an apartment they no longer live in.

Madison Perron, a 19-year-old FSU dietetics sophomore, signed a lease at The Retreat in November 2019 for the 2020-21 school year, but had difficulty maintaining a C+ average in her UF dietetics classes and transferred to FSU this fall.

Even though she’s no longer enrolled at UF or residing in Gainesville, she is required to pay about $10,000 in lease payments for the coming school year, she said.

“They have no heart,” she said.

Her mother, who works for a commercial leasing business, asked The Retreat if they allow a lease buyout, where a resident can pay a price to get out of their lease, but her request was rejected and her calls ignored.

“My mom has sent so many letters to The Retreat. She even tried to talk to the corporate office,” Perron said. “They are not helping at all.”

The Retreat did not respond to four phone and email requests for comment.

The Landmark Properties complex offers 12-month housing contracts from August to late July.  Payments are due on the first of each month, and any payment made on the fourth after 9 a.m. is considered late, according to The Retreat website.

Perron said she made payments up until July, even though she moved out in February, and she refused to pay for August and September. Consequently, she was charged a $75 late fee.

After numerous calls to The Retreat’s corporate office, she said she was unable to get out of her lease and has received an email stating the landlord can sue in an effort to collect missed payments under the contract.

“They're threatening to sue us for the money and evict us,” Perron said. “I haven't been able to build my credit yet. It's going to be ruined because of this.”

On the other hand, The Retreat is offering $186 monthly discounts for new residents interested in the available four- and five-bedroom apartments. Perron believes it’s because they’re struggling to fill empty rooms.

“They sent me an email with my roommate assignment notification – there's no one in there,” Perron said.

Over at The Enclave apartments, Milin Patel, a 21-year-old UF psychology senior, said he was not moving into his four bedroom, four bathroom apartment due to the COVID-19 pandemic.

“Although UF has opened on-campus classes, it's still a long shot that I will be returning to an on-campus setting unless the virus is contained,” Patel said.

If a student chooses to move out before the end of the lease term, the resident could still be responsible for paying the remaining installments, according to The Enclave Apartments FAQ page. While the Enclave doesn’t allow “lease forgiveness,” Patel said it should offer an opportunity to exit or freeze a lease due to the “extraordinary nature” of this pandemic.

Patel said he was able to find a sublease for the fall term, but is still concerned about the security of having a stranger occupy his room.

“I am giving it a shot to save money,” Patel said.

American Campus Communities, the owner of more than 100,000 student housing beds including at Royal Village, University Club apartments and 2nd Avenue Centre, filled about 75% of its properties mid-April, according to Pere News, a real estate market publication.

Meghan Weisberg, a 20-year-old UF psychology junior, is paying for two separate apartments. She initially signed at 2nd Avenue Centre, but after getting her dog, Prada, she was not allowed on the premises. Weisberg said only emotional support animals were allowed, and signed at another apartment complex hoping someone would sublease her room at 2nd Avenue Centre.

Weisberg had several inquiries on Facebook subleasing pages, but no one finalized the leasing paperwork.

“It is upsetting I was unable to find someone to take over my lease, especially with three to four months of promoting it, speaking with people and showing people the room,” she said.

In an effort to fill the remainder of their beds, 2nd Avenue Centre has advertised that people who move-in immediately will only pay $399 for their first installment.

In addition, 2nd Avenue has lowered its two- and four-bedroom apartments to $779 and $599 a month, according to its website. Weisberg, who signed a two bedroom, two bathroom, pays $879 a month for an apartment she’s not using.

“I have to be much more frugal with my money now as I am spending a ridiculous amount of money on rents,” Weisberg said.

This article was updated to reflect that 2nd Avenue Centre two- and four- bedroom apartments cost $779 and $599 a month. The Alligator previously reported differently.


Support your local paper
Donate Today
The Independent Florida Alligator has been independent of the university since 1971, your donation today could help #SaveStudentNewsrooms. Please consider giving today.
Popular
“It definitely changed my outlook on life”: The lasting impact of crashes on families and victims
Crossing Gainesville
Grand Finale: Gators hit the road for last match versus Gamecocks
Nine Gators make it on 2021 MLB rosters
Gators head to Knoxville in search of first SEC road win
Tweets by TheAlligator
Calendar
No events at this time.
Submit an event
More 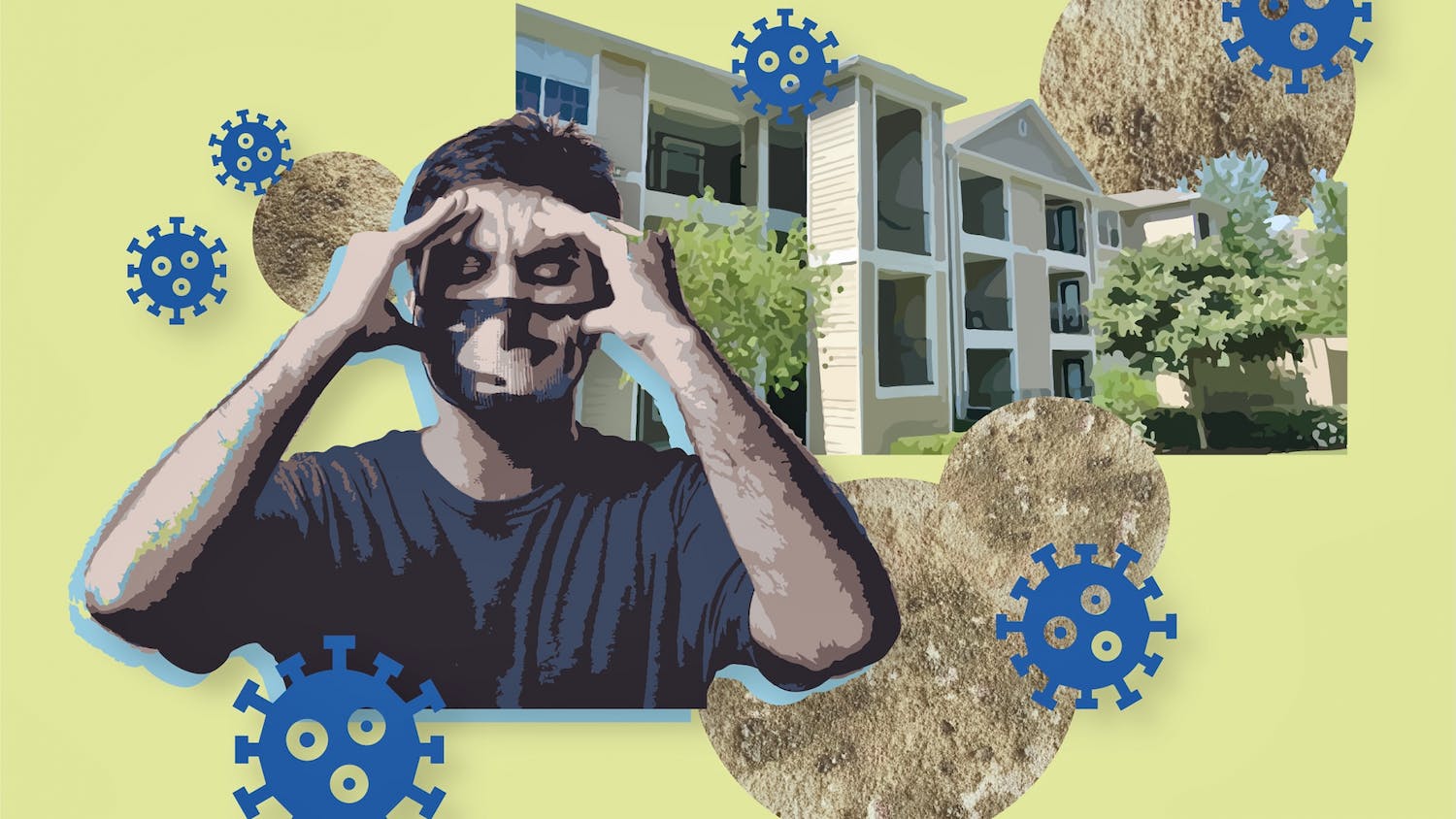