‘Find a place for yourself’: Activist Linda Sarsour discusses resistance and Islam

Islam on Campus and Students for Justice in Palestine hosted Linda Sarsour to talk about the intersection between resistance and Islam for the final event of Islam Appreciation month.

Sarsour, a 40-year-old political activist known for her role as co-chair of the 2017 Women’s March, spoke to a crowd of about 35 UF students Tuesday night at an event called Fight to Freedom. IOC paid Sarsour $3,000 through Student Government funds to speak at the event, which was also livestreamed on Facebook and Zoom.

After a recitation of a verse of the Quran, the Islamic holy book, Sarsour took the stage at Touchdown Terrace inside Ben Hill Griffin Stadium, with her subtle New York accent as she spoke about activism.

Her speech mentioned Breonna Taylor, a 26-year-old Black woman and EMT who was killed by police in her home in March, and Florida’s Amendment 4, which allowed former felons to vote in 2018 and was altered in September to require fines to restore voting rights. She also discussed the Trump administration’s 2017 Muslim ban, which banned citizens from seven majority Muslim countries.

To Sarsour, the Islamic community needs to listen to the call to prayer — and also the call to stand up against injustice.

“We, as Muslims, need to know what happened to Breonna Taylor,” she said to the crowd.

Sarsour spoke about how she moved to Louisville, Kentucky, to fully invest herself in fighting for Taylor. Since moving, she said she has fostered a close relationship with Taylor’s mother, Tamika Palmer, who took her to Taylor’s apartment to see the bullet-riddled walls.

Sarsour called out the Muslim community for not being visible in protests or social justice movements. As a Muslim activist, Sarsour said faith drives her mission even though she’s not an expert theologian.

“Our Islam teaches us to be those who stand up against injustice,” she said.

“There's no way I’m going to come to Florida during an election season and not tell you to participate,” she told the crowd.

Sarsour said she wants to appeal to young people who aren’t excited about this election.

“Maybe this election is about what you are willing to do for others rather than yourself,” she said, adding that the U.S. continues to oppress communities of color.

She also shared the story of Varisha Khan, a young hijab-wearing Muslim woman who ran against an incumbent on the Redmond, Washington City Council. She was among Washington’s first Muslim elected officials — only winning by 43 votes.

Sarsour quipped that those 43 votes could be from one Muslim family alone.

After thanking God every morning when waking up, Sarsour said her next feeling is one of perpetual outrage stemming from relived historical oppression in the world. It ignites her desire to march and organize to resist injustices that, she said, make her blood boil like children held in cages in the U.S.-Mexico border.

Her final message was for students to find a cause that they care deeply about and make sacrifices for it.

“Find a place for yourself,” she said to the crowd. “I want you to leave here feeling so unapologetically about who you are.”

Ikrom Alajoulin, a 21-year old UF sociology and criminology senior and chairperson of Islam Appreciation Month, said the organization was looking for a speaker that could provide perspective on current issues and mobilize its members.

“The message we wanted to hear was exactly what she gave,” Alajoulin said.

Sarsour is a controversial speaker, Alajoulin said, repeating a notion that Sarsour discussed during her speech when mentioning how she trended on Twitter for two days after a Muslim convention.

“She went over a few points that are often overlooked in the Muslim community,” she said, adding that Sarsour was asked to focus on the importance of voting and activism.

IOC President Mona Samsam, a 22-year-old UF chemical engineering senior, said she was surprised by how easily Sarsour’s event was approved. SAI’s administration was worried about potential backlash because some might believe Sarsour to be anti-Semetic.

“There were a few hiccups,” she said. “They said, ‘Hey, are you sure about this?’ They care about our safety.”

The Zoom livestream was moderated by an IOC member to ensure that it didn’t get Zoom bombed, she said. University Police officers waited downstairs while two administrators from UF Student Activities and Involvement sat in on the event.

Abby Farah, a 21-year-old UF sophomore, said she isn’t involved with IOC but follows Sarsour on social media. Farah is a member of Students for Justice in Palestine, a pro-Palestine activist group that Sarsour boosted toward the end of her speech.

“As a Palestinian, I admire her a lot,” she said.

When Ambreen Imran, a 19-year-old UF neuroscience psychology sophomore and IOC member, first heard about the event, she said she was excited to get the perspective of another Muslim woman and relate to her.

“I’m really passionate about social justice,” she said, “and who better to learn about it from than Linda Sarsour?” 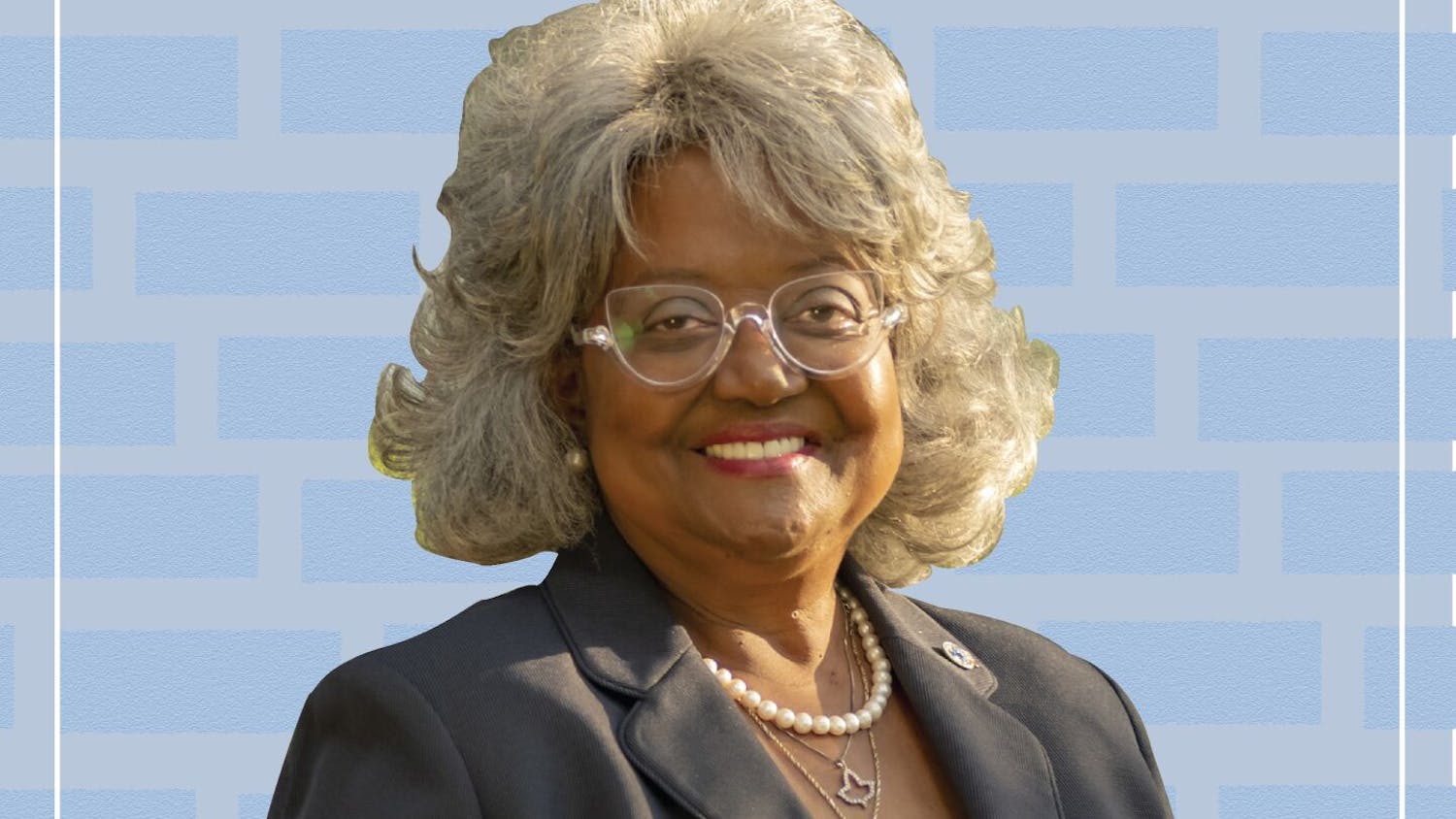 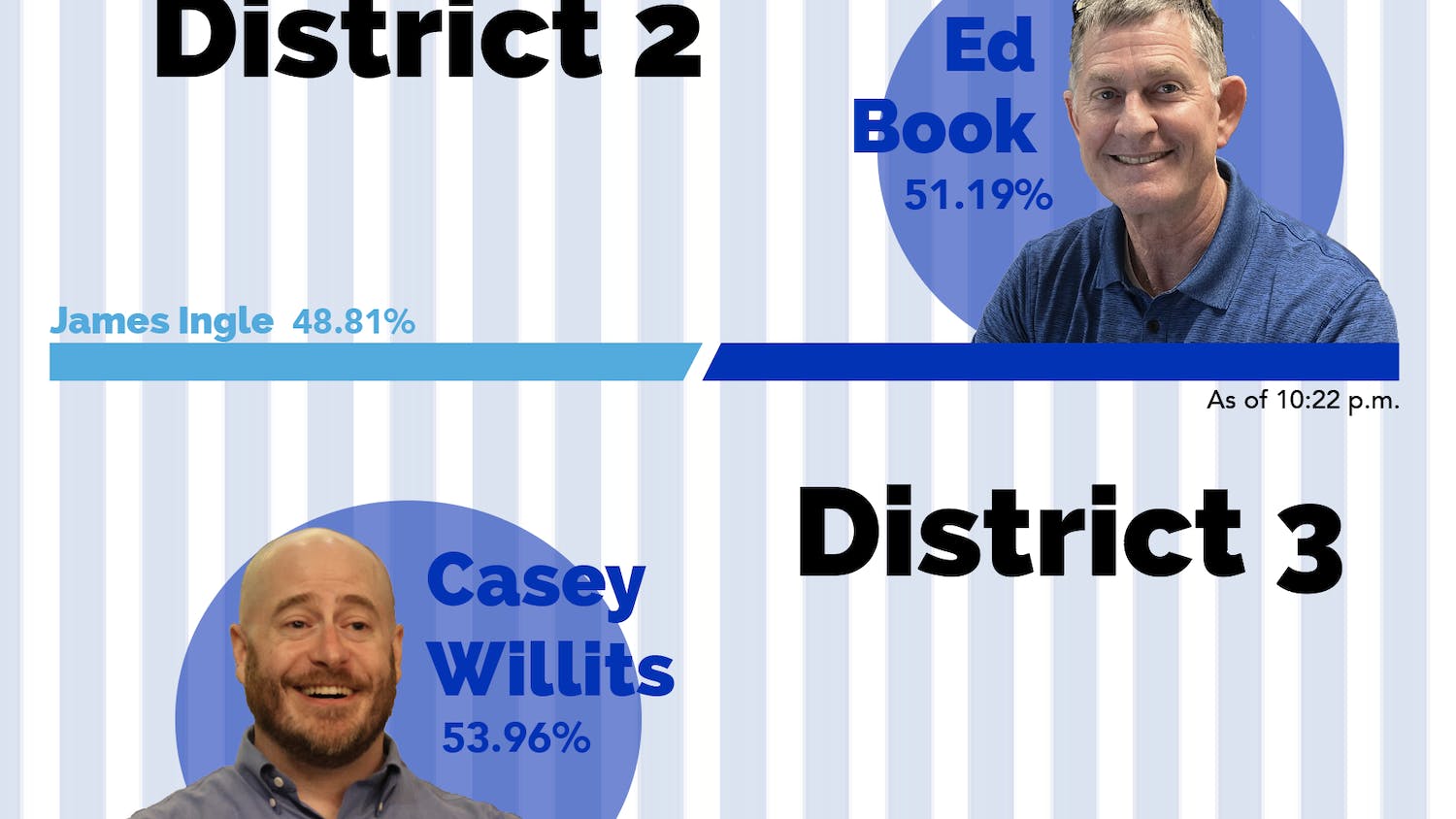