Editor’s note: Some bus drivers were granted anonymity because they feared repercussions, such as losing their jobs.

Bus drivers are in crisis across Alachua County Public Schools. Many of the 126 drivers have likened their signature yellow vehicles to germ-filled tin cans in a time when close contact is a safety concern.

ACPS bus drivers feel overlooked and stressed after two coworkers’ deaths as they navigate the COVID-19 pandemic. Some question if their jobs are worth risking their lives. Now, drivers want more protections and hazard pay, an additional payment for performing dangerous work.

The district doesn’t have anything to hide, ACPS transportation director Reginald Thomas said.

In August, a 57-year-old ACPS bus driver, Troyanna Hamm, died from COVID-19. Hamm was beloved by family, friends, coworkers and students for her loving legacy as “the mother of school bus drivers.” Hamm’s son said, at the time, she wasn’t warned she was exposed to the virus. Rickey Davis, a 60-year-old ACPS driver of six years, died on Oct. 23, also from COVID-19.

This isn’t a problem isolated to Alachua County. School bus drivers from Clay and Miami-Dade counties have died from the virus. Polk County school bus drivers have also recounted feeling unsafe. Others in Connecticut and North Carolina have shared similar stories.

The transportation department is fighting a losing battle against COVID-19, said Shanita Baker, a 31-year-old ACPS bus driver of 10 years. When Baker was in school, Hamm, or Ms. Ann, was her bus driver and later inspired her to become a driver herself.

Baker also knew Davis, or Mr. Rickey, as she used to call him. His laugh and willingness to help stay ingrained in her mind.

While bus drivers and students are expected to wear masks and respect social distancing, Baker said students are sometimes defiant or wear their mask incorrectly.

Drivers often feel forced to come back to work, Baker said. She believes the school district should close brick-and-mortar schools to give the transportation department time to disinfect and regroup before reopening again.

Drivers, she said, should have a protective barrier like plexiglass in addition to the personal protective equipment they already have, such as gowns, gloves, masks and face shields.

“We’re the frontliners,” she said. “The county just doesn’t care.”

Transportation director Thomas acknowledged the department has been greatly affected by Hamm and Davis’ deaths.

“There is not a day that I get up in the morning that I don’t think about that,” he said. “Think about their death and how that has affected not only me but our entire department.”

He said he shares whatever information he can. However, privacy laws about sharing health information make it difficult to share more, he said. If a driver has been exposed by transporting a positive student, the information wouldn’t be shared if they’re in self-quarantine and didn’t test positive.

Multiple drivers said they haven’t been alerted about the COVID-19 cases that come from the students they transport. While schools send out letters to teachers and families about positive cases, bus drivers said they don’t get them.

Because of safety issues and restrictions from the National Highway Traffic Safety Administration, bus drivers aren’t allowed to use plexiglass shields on school buses, Thomas said. He inquired with the safety administration about installing them.

Though Regional Transit System buses have them, school buses have stricter regulations because they are transporting minors.

Agreements for hazard pay are the responsibility of the union and the school board, he said. The decision to shut down the department or implement mandatory testing would also be up to the school board.

Employees issues are addressed with district administrators, such as the superintendent and assistant superintendents, during monthly “concern meetings.”

“My number one goal is to take care of the employees, and I hear their concerns,” Thomas said. “I hear their fears.”

Bus drivers are scared to work but need their jobs, an anonymous driver said. The possibility of death is everywhere, and people aren’t being informed of potential contact with COVID-19 patients, she added. Information about who has COVID-19, she said, usually spreads among drivers.

“The bus is only so big and so long,” she said. “Whatever these kids have, we are exposed.”

Their job, the same driver said, used to be fun and challenging and gave her the opportunity to change a student's direction.

“Now, it’s survival,” she said. “All of our lives are at stake and in danger.”

Morale among bus drivers is the lowest it’s ever been, another anonymous ACPS bus driver said. Ten bus drivers have retired or resigned since May, according to ACPS personnel records.

The district uses the fact people need jobs to their advantage, even as many drivers make below the poverty line, the driver said. The transportation department has safer, “cushy” jobs while bus drivers are on the frontlines dying, she added.

The last day of classes in the 2019-20 school year was May 29, while schools were still fully virtual. This school year started Aug. 31, but some drivers worked over the summer, driving buses rigged with hotspots for internet usage and taking students to summer courses.

Though buses are cleaned between morning and afternoon drop-off and pick-up, the driver said there isn’t enough time to clean between elementary and secondary school runs.

Aside from the pandemic, the main issue drivers face is a shortage of bus drivers, said Carmen Ward, president of the Alachua County Education Association, a union that represents education workers, including bus drivers.

The district and union agreed to limit capacity to 50% on buses, she said. With fewer drivers, more buses near 100% capacity.

There isn’t a shortage of drivers, transportation director Thomas said. Instead, some drivers are on leave because they are quarantining, which reduces the number of drivers available for routes.

The district is fairly transparent with updating its COVID-19 dashboard and contacting parents at each school when there is a positive case on the campus or in the classroom, Ward said. However, she said she has been told bus drivers haven’t been informed when they were in contact with a positive case.

A union committee meets weekly to listen to bus drivers’ concerns, she said. The organization then works to address them with a bargaining team that includes representatives from the transportation department.

At the Nov. 3 school board meeting, two bus drivers spoke during public comment.

Mary Vinson said bus drivers don’t have thermometers, and buses are often overcrowded. She also pointed out the board recently discussed funding a $1.3 million track and athletic facilities updates for Buchholz High School but not helping out bus drivers.

“We feel like we’re going through a crisis,” she said.

Tarphanesha Phillips begged the board for mandatory COVID-19 testing every two weeks. She said people were coming into work when they needed to self-quarantine. 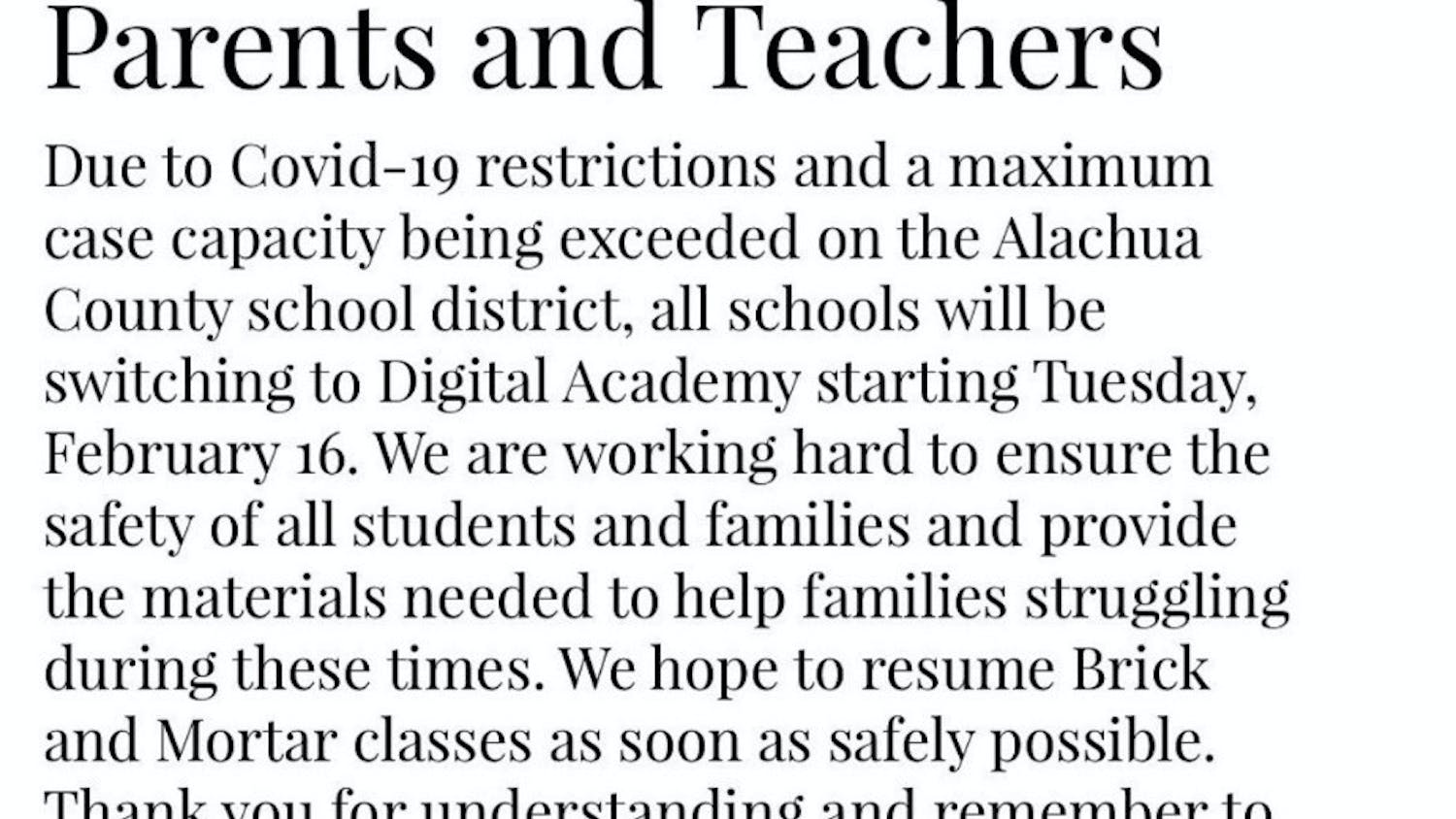