It seemed like the Rebels did just that. Then there were three minutes left in the third quarter. Briggs burst to life, and seven straight points. Her performance was a small slice of the Gators’ second conference 78-68 win in Oxford.

Ole Miss, already with two jumpers, then made two free throws. But the Gators’ momentum changed halfway through the quarter.

After a Smith layup, a steal opened the opportunity for a Briggs jumper. A Briggs bucket followed Ole Miss’ layup. The duo continued dominating offensively, with a smooth Smith pass leading to a Briggs jumper.

Ole Miss broke the 6-6 tie until Briggs’ and guard Nina Rickards’ layups gave the Gators a 10-8 lead. The first three from guard Danielle Rainey capped the score at 13-10 after a final Ole Miss jumper.

The Gators wasted no time in the second, and neither did the Rebels. Back-to-back buckets left fans turning to each side of the court.

It looked like the Gators had a chance to tie the half. But two Ole Miss free throws and a missed Briggs’ jumper killed that first-half hope.

Toonders’ layup and Rainey’s jumper were no competition for Rebels buckets. With a few seconds left, a missed Rickards layup left Ole Miss with a five-point advantage.

Then, the Gators came into the third quarter hot.

With more than six minutes left in the quarter, the Gators embarked on a 10-0 run — composed from Smith’s layup and two threes and Dut’s layup. Ole Miss tried to bounce back after a timeout but only made two jumpers.

Assistant coach Kelly Rae Finley, who substituted for coach Cam Newbauer following health and safety protocols barring him from travel, said he worked through necessary adjustments to curb Ole Miss’ pressure and physicality while in the locker room.

The jumpers and a three were no match for Moores’ and Toonders’ free throws. Before two final Ole Miss layups, Smith was back on the court, dominating with a bucket and a three.

And she persisted during the fourth, making a three and a bucket. With Smiths’ three free throws, the other Gators followed Rickards’ two free throws and Merritt’s layup and three.

Following an arm injury, Smith, who made 25 points in her 35 minutes of gameplay, was on the bench, and the Gators knew they had to go on without Sunday’s key player. Dut and Rickards stepped up with a bucket and free throws. Ole Miss’ last-minute buckets weren’t enough to cut the Gators’ 10-point advance.

Finley said she was proud of the team’s resilience and Smith’s stellar performance.

“Kiki is one of the elite point guards in our conference,” Finley said. “She is resilient and tough. She's been able to work tirelessly on her game.”

Florida will look to keep its winning streak in a matchup against the Missouri Tigers at the Stephen A. O’Connell Center Thursday. Tip-off is scheduled for 6 p.m. and will stream on SEC Network+. 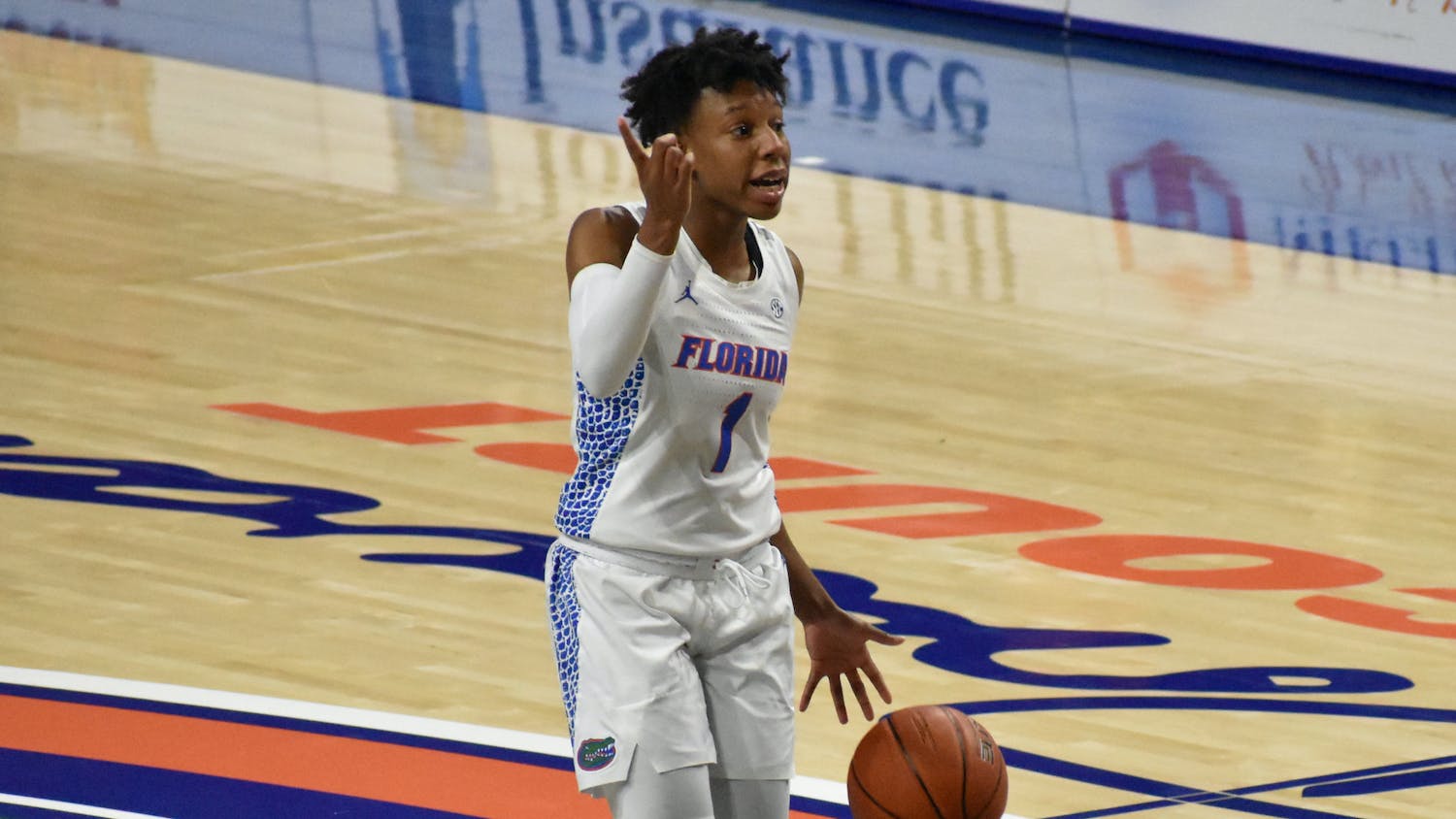 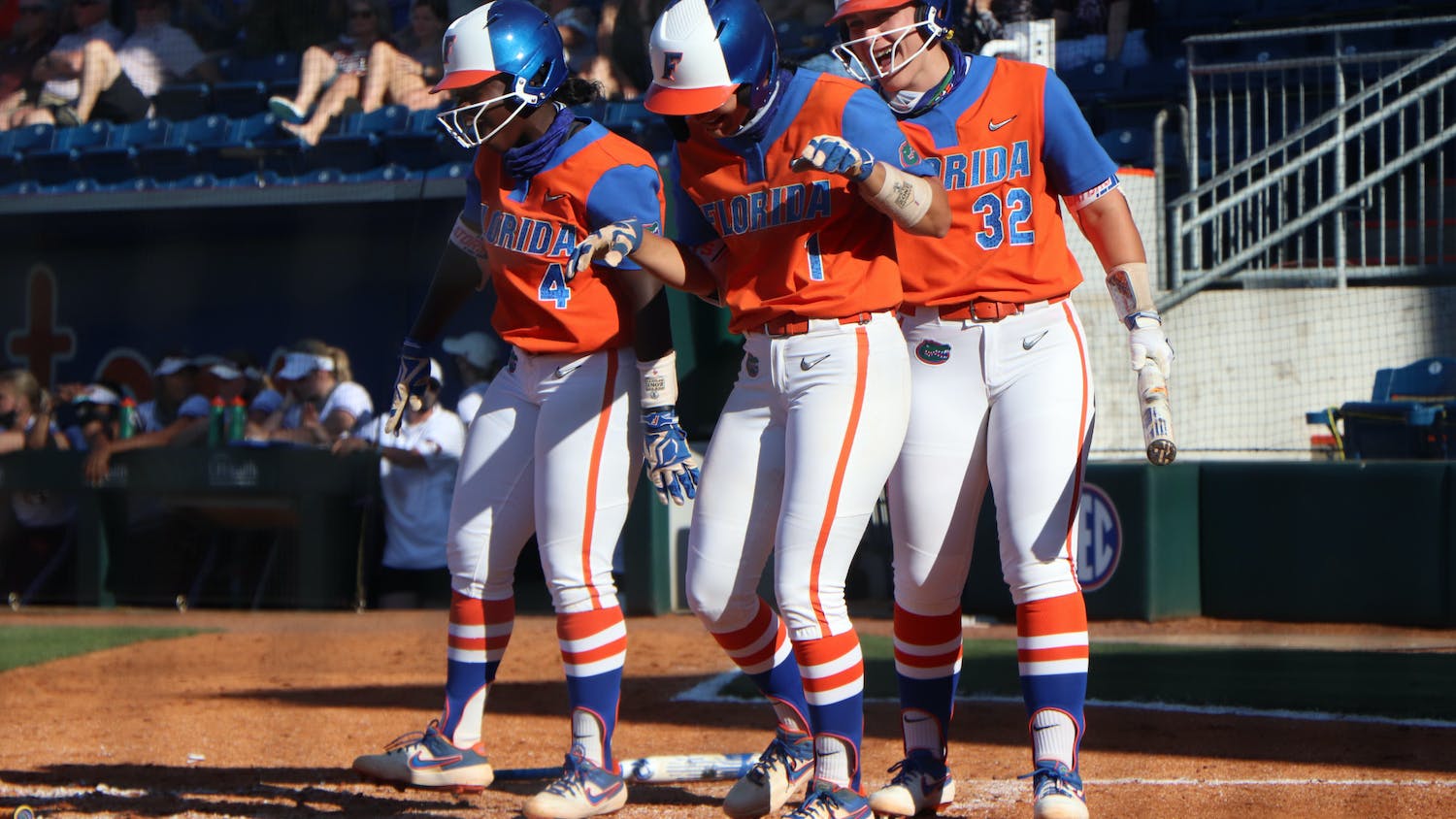