Gators forward Anthony Duruji got knocked on the nose, guard Tre Mann had to get stitches and the Gators set a season-low in points scored.

Florida’s 76-58 loss to Kentucky at the Stephen C. O’Connell Center added insult to injury. The 3-6 Wildcats, historically known to be a bluegrass buzzsaw, began their season with a 1-5 skid, the program’s worst start since the 1926-27 season. UF still couldn’t get anything going offensively, however, shooting a putrid 37.5% from the floor and just 53.8% from the free throw line.

“They really just came out and punched us in the mouth,” he said.

While the Wildcats’ 3-6 record wasn’t up to standard, Kentucky’s performance Saturday was indicative of an upward trend of play.

“This is a different Kentucky team than we all watched a month ago,” Gators coach Mike White said.

The Gators kept pace behind Duruji, trailing by just six at halftime before getting blasted down the stretch. was a dominant win for Kentucky, which led Florida for 80% of the game, shot 55.8% from the field and drained six of its 13 three point tries. The Wildcats missed just one free throw, making 12 of 13 tries from the line.

Duruji, a Louisiana Tech transfer, picked up where fellow journeyman Colin Castleton left off, netting 11 points and grabbing three rebounds for Florida in the first half. UF followed Duruji’s lead for the first 20 minutes of play, with only four other Gators scoring a basket compared to Kentucky’s seven.

Mann and Appleby served as UF’s second-best offensive outputs with six and five points apiece. The Gators’ lack of explosiveness on offense and a mere 39.3 shooting percentage in the first half buried them in a small 35-29 hole at the conclusion of the first half.

Unlike Florida’s past few games, the Gators were unable to draw fouls on the offensive end, only attempting two free throws in the first frame. UF was able to make up for its lack of free tries by going six of 11 from the three point line.

Throwback performance
Enjoy what you're reading? Get content from The Alligator delivered to your inbox
Subscribe Now

The Wildcats outpaced the Gators 41-29 during the final 20 minutes.

Florida extended and improved upon its poor shooting trend in the first half, dropping from 39.3%to -- %from the floor. Duruji was the team’s leading scorer with 15 points, but the Gators didn’t get much help elsewhere. He and Appleby (10 points) were the only players to dip into double digit scoring, with Florida’s next-highest leading scorer being freshman forward Samson Ruzhentsev with eight.

Florida’s Achilies heel throughout the game was its ability to take care of the basketball, White said. The Gators continued to turn the ball over Saturday night — as they’ve done all season.

“You can’t beat a good team with 16 turnovers,” he said. “It’s been our biggest offensive deficiency.”

While Florida struggled to build a consistent offensive attack, Kentucky ran its offense in cruise control from the start. Four Wildcats had double-digit nights, led by grad transfer guard Davion Mintz with 13.

It was just a solid night for Kentucky overall. No high scorers. No flashy highlight plays. The Wildcats just converted on the easy baskets Florida gave them.

After opening up its season with four non-conference games, Florida will take on Ole Miss at home Tuesday for its fifth-straight SEC contest. Tip-off is at 7 p.m. and will stream on SEC Network. 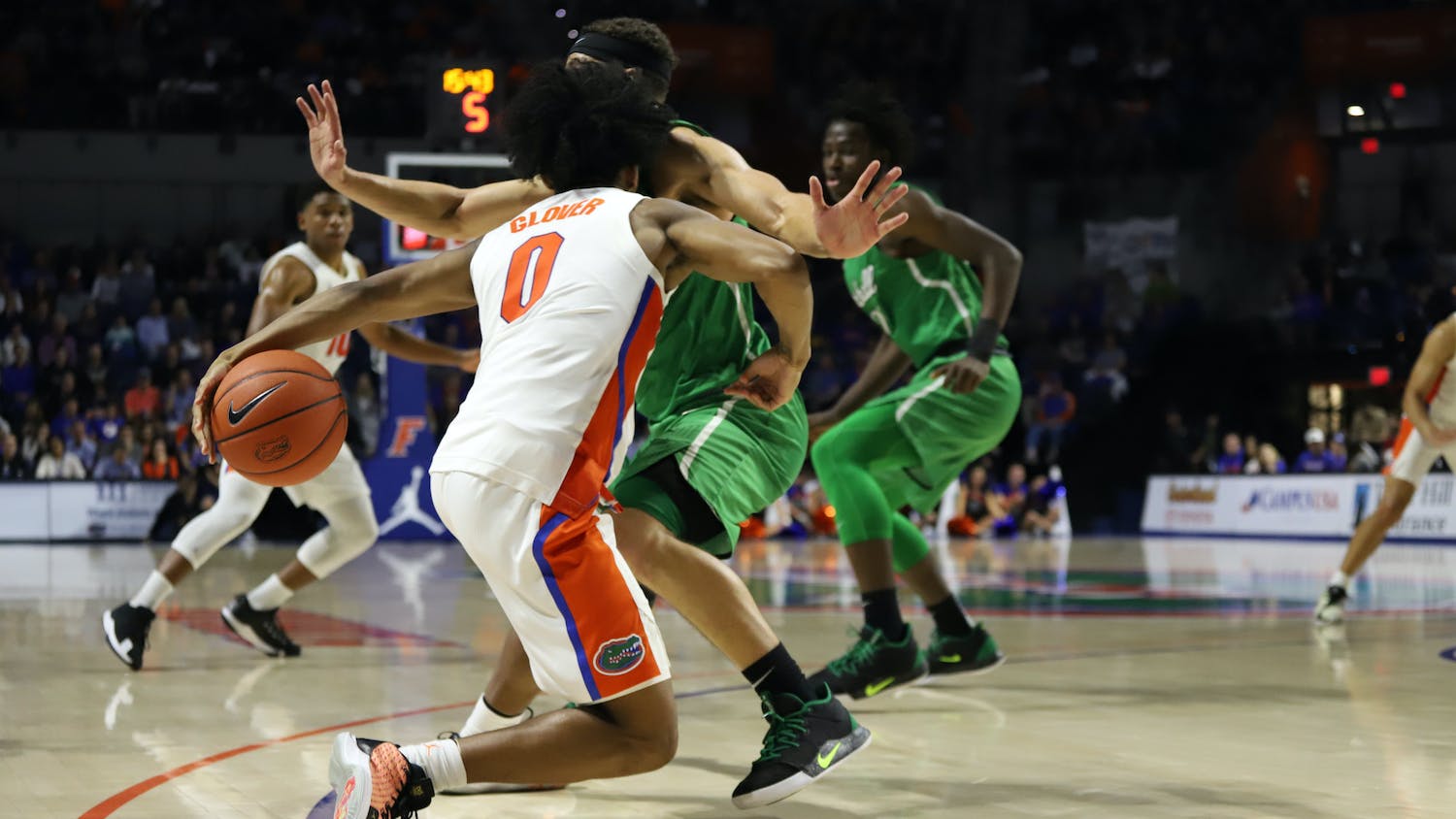 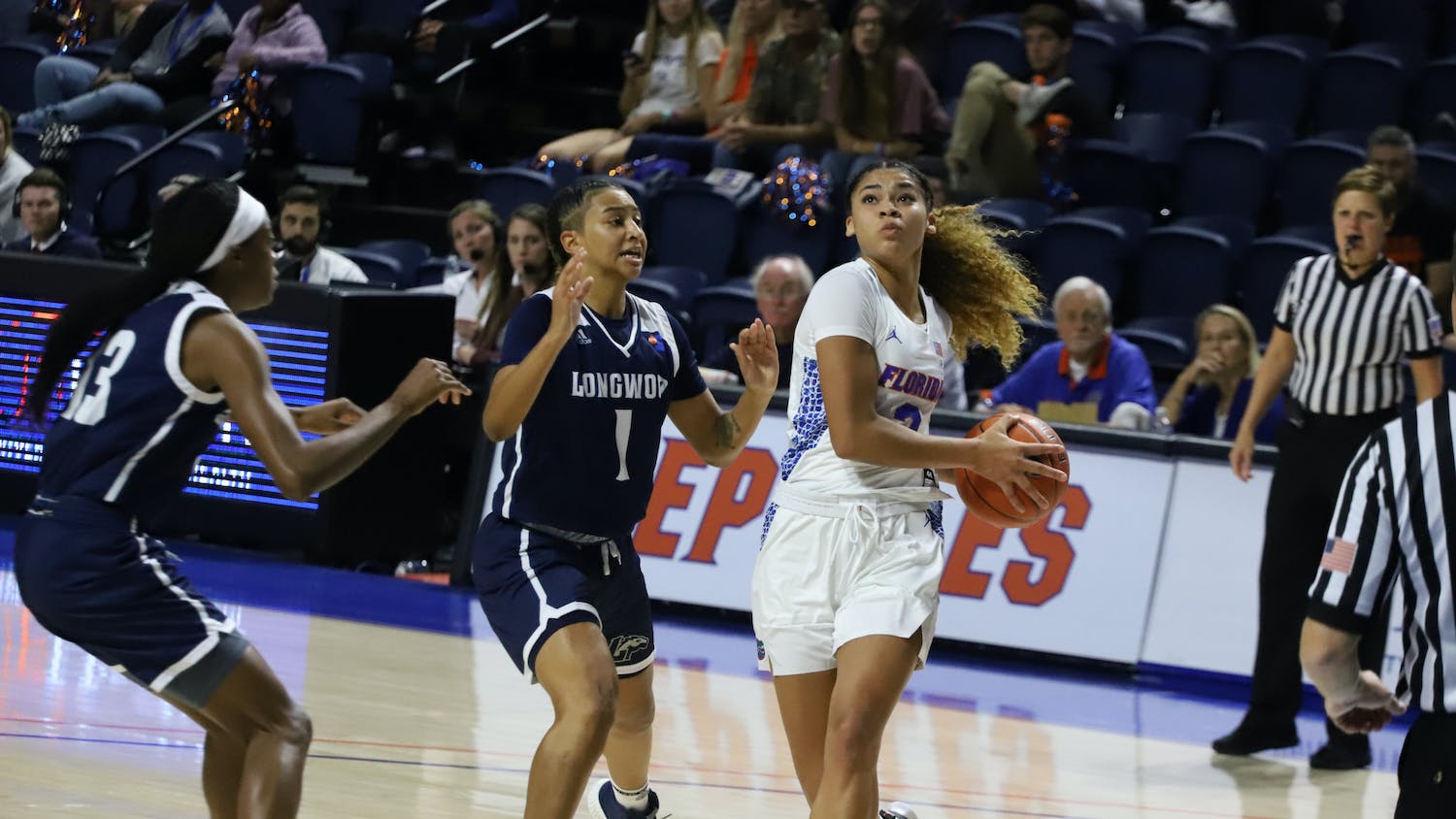