Skip to Content, Navigation, or Footer.
Donate Now
We inform. You decide.
Thursday, December 02, 2021
Developing:
The latest news on UF’s barring of professors from testifying against the state
METRO

The order will mirror a recent Tampa Bay mask mandate

The order, which passed 4-3, comes after a monthlong debate about a possible shutdown in the city and county commissions as students returned to UF campus. While the emergency order passed, the policy itself is still under development.

There were 105 new COVID-19 cases in Alachua County Friday, according to the Florida Department of Health. As of Sunday night, there are 106 patients hospitalized in the county – a significant drop from the past few weeks, but people between 15-24 currently have the highest infection rate in the county.

What exactly the new order will enforce remains unclear. While City Manager Lee Feldman said he is reviewing similar Florida mask orders, he did not confirm when he will begin finalizing the details of the city’s mandate. The commission suggested ideas such as police enforcing mask violations, fining businesses for COVID-19 violations and making masks mandatory in outdoor lines to enter businesses.

Commissioners asked to model the order after Hillsborough County’s current mask mandate, which prohibits people from gathering on dance floors, standing at bars to eat and requires customers to be seated when eating or drinking. The commission also mentioned a recent Tampa order requiring masks in outdoor spaces in anticipation of Super Bowl festivities as something Gainesville should emulate.

Poe voted against the order, explaining his worry that a capacity or dancefloor limitation might jeopardize the cooperation between local businesses and the city. He said he would rather wait to first start Healthy Gainesville Initiative, a recently approved marketing collaboration between the city and UF to encourage students to wear masks in bars.

“I think that we can nudge positive behavior for when folks are gathering — whether it's in a line or anywhere outside,” he said.

Despite opposing the preemptive nature of the order, Poe said he will sign it because Gainesville is in an emergency state due to the COVID-19 pandemic. Emergency orders require an executive signature from the mayor. Poe said he expected to meet with Feldman over the weekend to discuss the city’s options.

In September, Florida Gov. Ron DeSantis signed an order prohibiting local government restrictions on businesses enforcing COVID-19 safety protocols. Another order issued in November requires local governments to report the economic impact of any proposed restrictions. The report would need to argue why public health benefits outweigh the cost of the restrictions put in place.

However, DeSantis' order only stops local governments from collecting fines. Some cities, such as Miami, have found loopholes to issue mask citations with the intent of collecting the money after the governor’s order is lifted.

Commissioner Harvey Ward, who also voted against the order, said restricting people from gathering in public spaces will only force them to gather at houses and apartments.

“I think these are reasonable steps and we have to take action and give other opportunities,” he said.

Hayes-Santos agreed with Poe that this order would be difficult to have police enforce, but said it gives the city the regulatory power to deal with college students who do not wear masks in packed public spaces.

“There are a few ones that are causing the most issues,” he said.

During the UF presentation of the Healthy Gainesville Initiative, presenters said education was the next best action in the absence of strict mask regulations, Hayes-Santos said. While he supports the initiative, he would also like to see the mandate accompany it.

“Education is great and I think it’s a part of it,” he said, “I personally don’t think it will make a significant difference.”

Hayes-Santos said he expected the Alachua County Commission to step up and create its own mask mandate.

“If we move forward on an order, I think the county will follow,” he said.

County Commissioner Anna Prizzia said she proposed the staff report so the commission would be prepared in the event that cases rise as students return to classes this Spring.

Paul Myers, Administrator of the Alachua County Health Department, said in January he did not believe the health benefits of a shutdown would outweigh the economic costs.

“Let's hold the line in terms of what we are doing in the community,” he said.

Gainesville City Attorney Nicolle Shalley said she, Poe and Feldman would need to discuss what legal options they have in framing the mask mandate.

Feldman did not comment on what actions he will take with the emergency order as of Thursday evening. He said only that he had a lot of thinking to do. 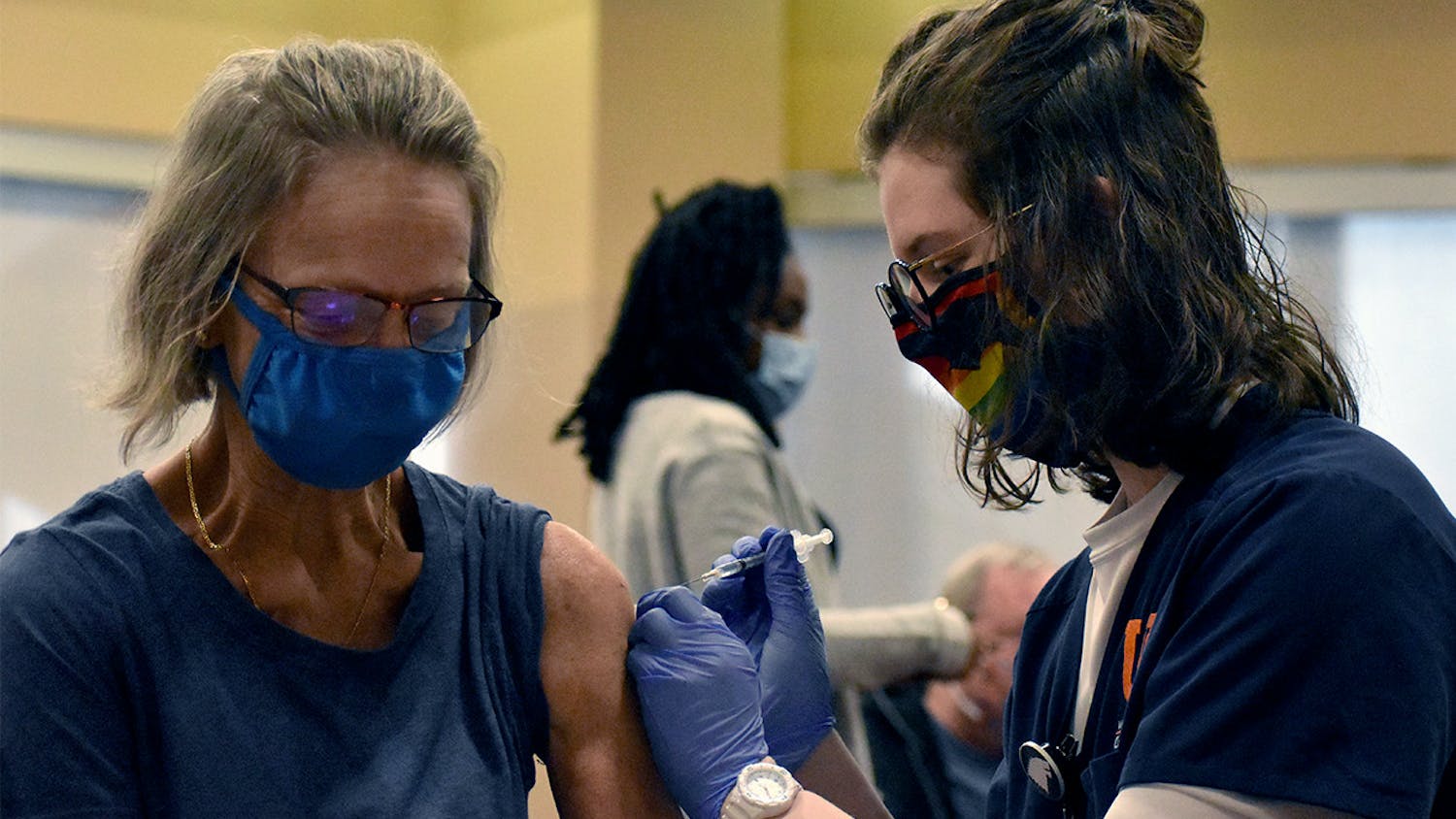