Gators in tie for sixth after first round of LSU Invitational

The Florida men’s golf team shot a collective 10-over-par Friday and are tied for sixth place after the first round of the LSU Invitational.

The Gators were led by their fourth and fifth golfers Friday. Sophomore Fred Biondi, who entered the week as the No. 5 in the lineup, shot an even par and is tied for seventh. Biondi started the day with three birdies on the front nine but added a double bogey on the back.

No. 4 golfer Tyler Wilkes shot a consistent even par through the first 17 holes. However, the freshman carded a double bogey on the par-4 18th to end his day 2-over-par. Wilkes is tied for 16th.

Sophomore Yuxin Lin finished one stroke behind Wilkes. The No. 2 golfer for Florida sits in a tie for 27th after knocking down two birdies, three bogeys and a double bogey during the round.

The No. 1 for the Gators this week is Ricky Castillo. He struggled Friday, and shot a 5-over-par 77. Castillo’s round was inconsistent to say the least. He knocked down four birdies, but he also carded four double bogeys that put him in a tie for 51st.

Freshman Joe Pagdin shot 10-over-par and is in 84th.

Sophomore John DuBois is competing as an individual in Baton Rouge. He equaledequaled Biondi at even par and is tied for seventh overall.

Despite the collective 10-over-par finish, Florida sits five shots behind Illinois’ lead. The University Club course has created difficulties for the golfers this weekend, as just six players shot below par Friday. Only one team, South Carolina, averaged below par on par-3s, and it shot 1-under-par on those holes. The 18th hole played as the toughest. Players averaged 4.73 strokes on the 458-yard par-4. The hole tallied 10 double bogeys, 41 bogeys and just two birdies in the first round. The Gators were a collective 5-over-par on hole 18 alone.

Florida will look to return to form Saturday during the second round of the tournament. Joe Pagdin will lead the Gators off the tee at 9:30 a.m. Live updates will be provided on Golfstat.com. 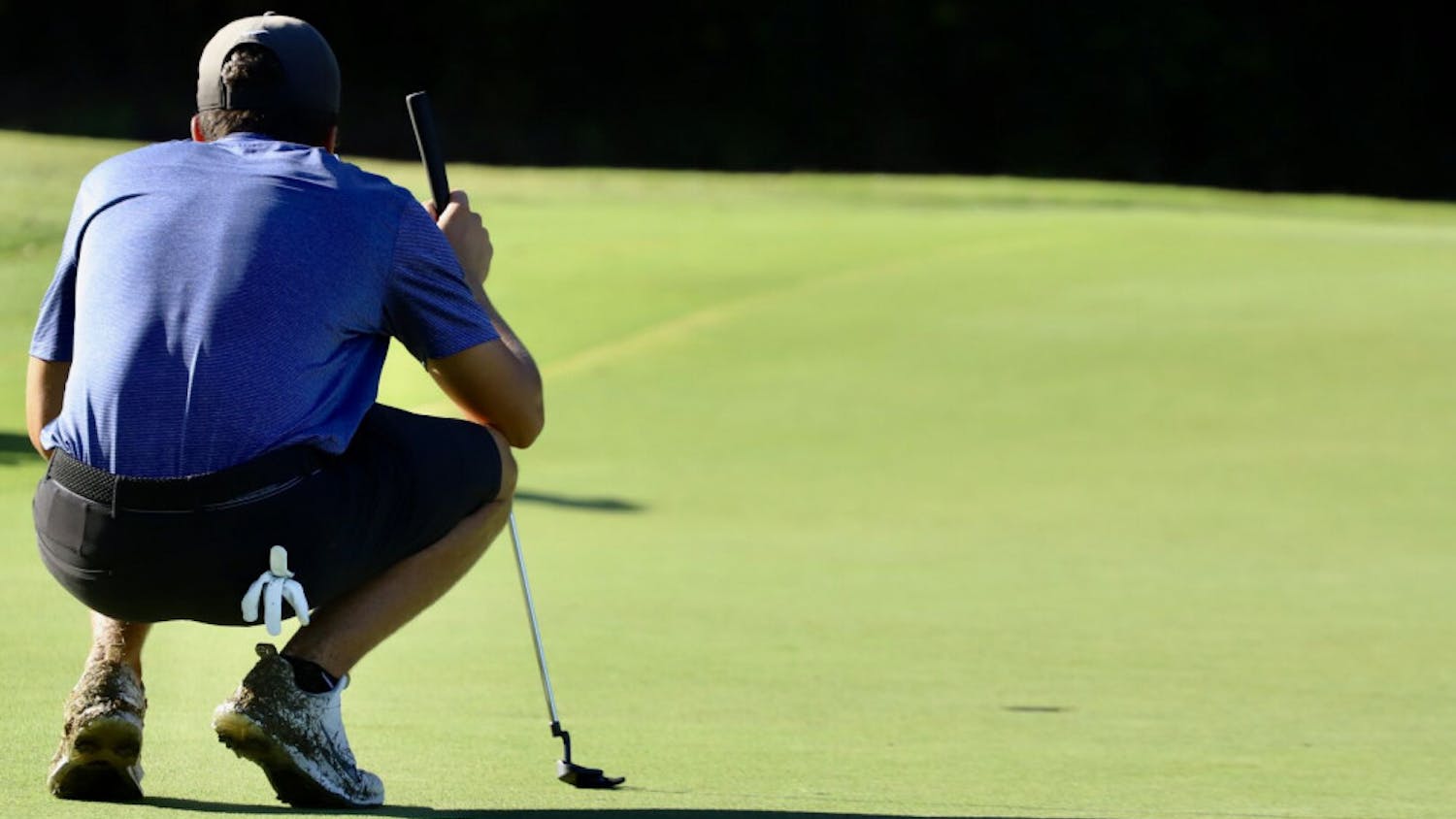