How a reduced football season impacted the local business scene

Businesses in Gainesville used to wait all year for college football gamedays.

University Avenue felt like a mini carnival with streets filled with cars and hundreds dressed head to toe in orange and blue as they loitered on the street.

Close to the stadium, nearly every corner of campus featured tailgates with a cornucopia of subs, beer and rowdy Gator maniacs. These fanatics didn’t just pull up from around Gainesville to see the orange and blue attack their prey —they came from all pockets of the Sunshine State to frequent local bars, hotels and restaurants.

The Sweetwater Branch Inn, with its charming garden, Victorian-style architecture and ornate rooms and cottages befitting of  a southern mansion was one of those hotels. Located at 625 E. University Ave., the inn attracted an upscale clientele.

But the COVID-19 pandemic put the nearly 30-year-old famed inn on the brink — only to be saved by $325,000 worth of PPP loans. The business is just one of hundreds of others that nearly went belly up after being delivered two near-fatal gut punches. The first was caused by the global recession, and the second by a more Gainesville-specific phenomenon: the reduced number of fans at Gator football games.

This past fall, average game attendance was below 15,000, according to data requested from the University Athletic Association. Inside the cathedral of Gator football, there were far more cardboard cutouts than fans, adorned with everyone from babies to Harry Styles.

As an older establishment, the Sweetwater never witnessed as much of an uptick in business on football Saturdays as compared to hotels near Interstate 75, general manager Cornelia Holbrook said.  Gainesville added 15,000 hotel rooms before the 2019 season, which increased competition for the inn.

Before the pandemic, the inn’s average nightly occupancy rate was about 65%, Holbrook added. Lines for the breakfast buffet would be long, and the inn had a communal feeling, relying on word-of-mouth and online reviews to gain occupants.

Those occupancy rates plummeted last March. While Sweetwater usually raked in about $18,000 a month, the figure was close to $500 in April. Holbrook said she tried to keep as many employees on staff as possible, but there was virtually nothing for them to do in those early months.

The events the hotel hosted, which Holbrook said have yet to start up again, accounted for about 65% of the revenue. However, she said the inn pinned its hopes on football Saturdays as well.

Average hotel occupancy in Gainesville during this season’s home football games was 59%  — a 26% decrease from the year before, according to data from Elizabeth Reyes, the sales and marketing manager at Visit Gainesville, the city’s main tourism agency.

Of the 1.1 million booked hotel nights in Alachua County, 6% came from the pre-pandemic football season, Reyes wrote in an email.

The Red Roof Plus near I-75, located at 3500 SW 42nd St, brought in visitors on a budget. It cannot boast a beautiful garden or meticulously furnished rooms like the Sweetwater, but this accommodation still saw big boosts during the football campaign as orange-and-blue faithful looked for a cheap place to rest their head.

During a normal season, the Red Roof usually sold out the whole weekend, general manager Mery Lugo said. This season, less than 10 rooms were filled on any given weekend.

The occupancy rate dropped by 15% in October and November of 2020 compared to the previous year.

Football weekends in 2020 felt like any other weekend, which never used to be the case, Lugo said. The lobby was barren, and staff anxiously awaited for guests like children waiting for candy on Halloween.

“We had our regulars who would come every weekend, and that just didn’t happen,” Lugo said. “Many of them were older and decided not to go to games this season.”

Lugo was originally optimistic when UF announced Sept. 3 that the stadium would be open to fans for the season.

That buoyancy sunk quickly, despite Lugo’s best efforts through promotions and specials.

Restaurants weren’t spared either. 4Rivers Smokehouse, located at 3262 SW 35th Blvd, typically boomed on football Saturdays. Gators paraphernalia throughout the eatery as it felt like  attending a Gators-themed party. It would be packed to the brim with customers and catering orders to on-campus tailgates, general manager Zachary Salzer said.

The Gator game against Auburn on Oct. 5, 2019 was the most profitable day in the company’s history, Salzer said, as the restaurant made about $92,000 through catering, in-store and takeout sales.

“We had over 100 deliveries alone,” he said. “So, we set an all-new sales record across the board.”

All that ended this past season. UF declared Sept. 3 that there wouldn’t be tailgating on-campus.

But catering at 4Rivers has recovered to an extent, Salzer said. The joint has gone back to catering weddings, UF events and even the Vanderbilt men’s basketball team before its game against Florida Jan. 27.

The atmosphere a year later doesn’t compare, however.

“In 2019, gamedays were thrilling,” he said. “Everyone, including our staff, would be wearing orange and blue, and we’d be packed. But in 2020, we actually had less people than a normal day come into the store those days.”

Many fans were watching the game from home and weren’t interested in coming into the restaurant, Salzer said. In March, 35 people were laid off, but they were all hired back. After more than a month operating to-go only, Salzer said the number of patrons coming into the restaurant is increasing. Inside, it feels the same as it did pre-COVID, despite masks and social distancing.

“I think a lot of people in Gainesville are really sick of COVID at this point, and especially with more vaccines coming out, people are going to feel comfortable with going out again,” Salzer said.

The Spot, which serves up heaping portions of Greek food, is a classic hole-in-the-wall joint. The establishment, located at 16 NW 18th St, is easily lost in the hoopla of the more noticeable midtown institutions. After all, it’s hidden on the ground floor of a parking garage.

But the restaurant is across the street from the stadium, which led to a large influx of people on game days.

“We were super busy usually,” owner Klajdi Kola said. “We counted on those seven, eight games, and this season we had none of that.”

Monetary expectations have been lowered by a third, Kola said, and the venture has managed to survive with sales increasing daily.

The Greater Gainesville Chamber of Commerce, which attempts to stimulate local businesses, has provided webinars and initiatives to aid these enterprises, said Atticus Steinmetz, a data analyst.

However, the chamber lowered financial expectations for franchises this year, Bertrand said.

“Our goal is to have businesses maintain and survive,” she said.

Not all areas of Gainesville struggled during football season. Newer areas like Celebration Pointe and Butler Town Center, which are mostly outdoors, thrived, she said.

“Much of the climate is suppressed right now, but in our region, sporting events bring optimism,” she said. “And just having those events, even if it’s a limited number of attendees, have an impact, both emotionally and financially.”

To Bertrand, better days are ahead for Gainesville’s businesses once people are vaccinated and sporting events kick off with full swing.

These businesses will be swinging for the fences when Gator football returns this September, confident that, after nearly a year of striking out, they will once again be hitting it out of the park. 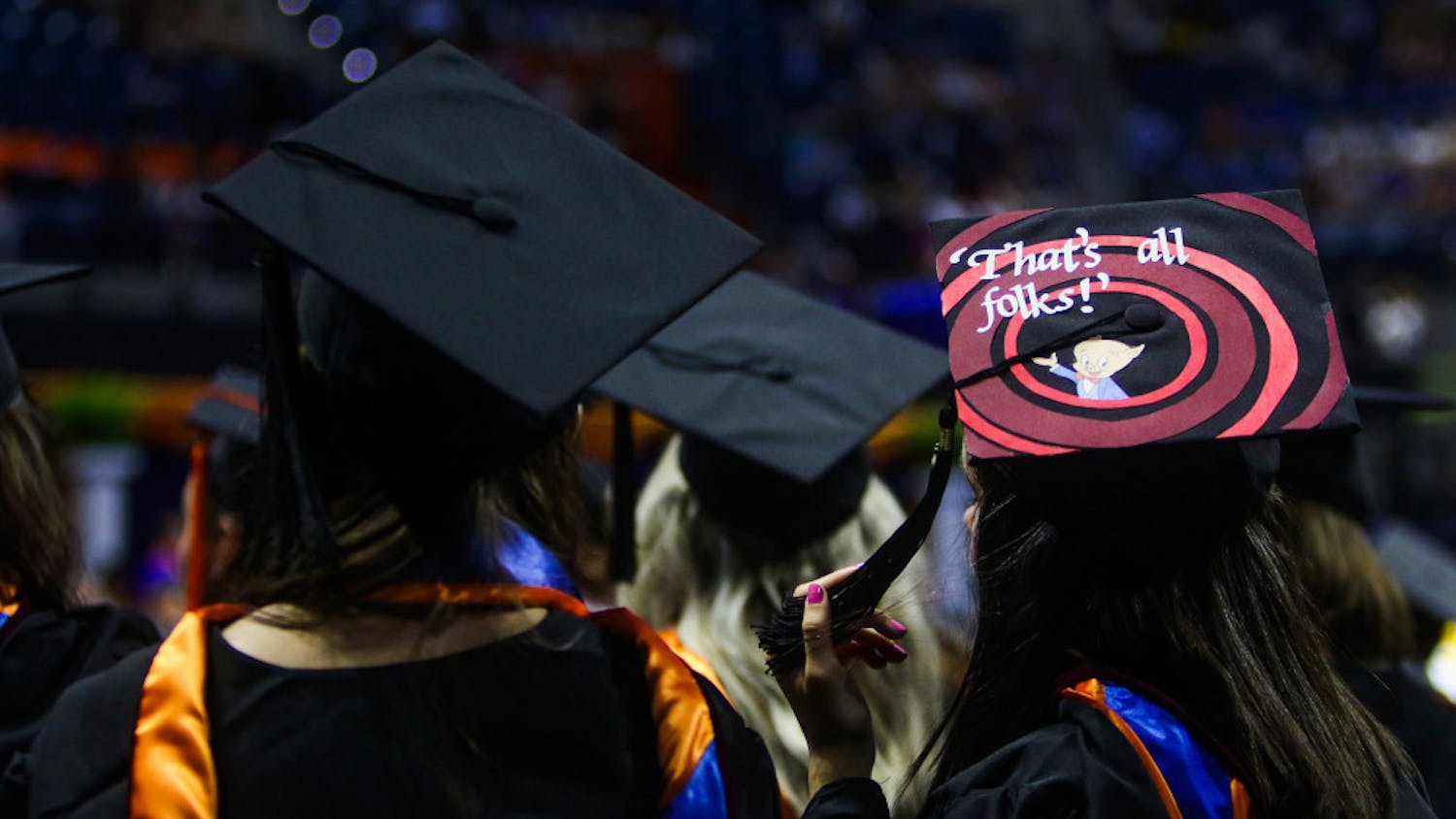 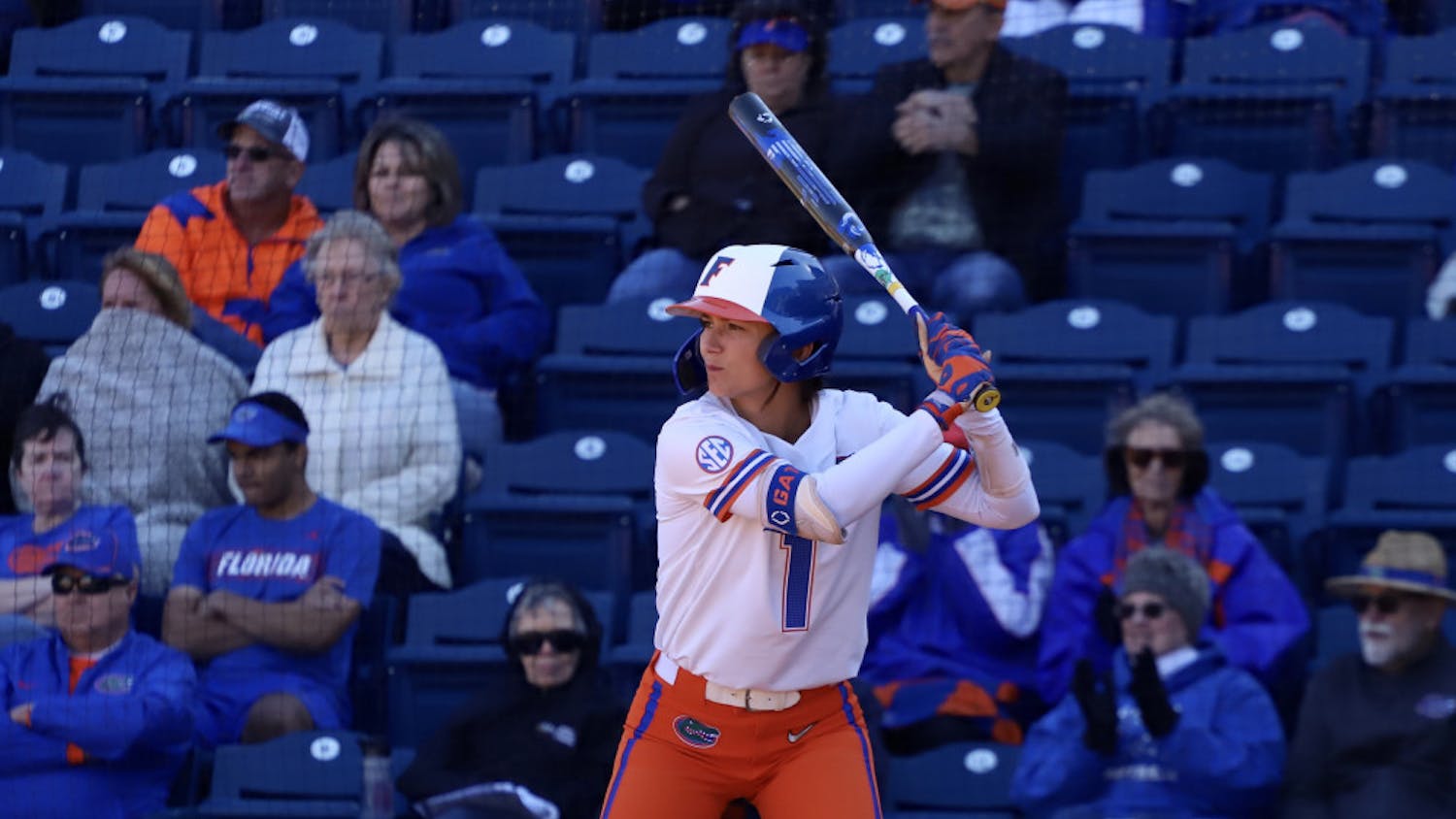