For Asian Americans across the country, the fear that comes with being violently associated with the ‘Chinese Virus,’ regardless of their ethnicity, is the new normal

Anthony Chung’s father drove up to Gainesville to spend time with him on Feb. 12, Lunar New Year’s Day. But increased violence across the nation against older Asian Americans put a damper on their celebrations.

Chung, a 20-year-old UF Anthropology sophomore, said he and his family spent some time during the holiday talking about recent attacks against Asian Americans and their worries about the safety of his 93-year-old grandma, who is temporarily living with Chung’s father in Orlando.

For Asian American families all over the country, the worry and fear that comes with being violently associated with the “Chinese Virus,” a term used by former President Donald Trump to reference COVID-19, regardless of their ethnicity, has become the new normal.

Within the last month, Stop Asian American Hate, a national organization documenting self-reported crimes against Asian Americans, reported numerous incidents of unprovoked acts of violence, such as the shoving, beating and killing, of Asian Americans in the United States. There have been more than 2,808 accounts of anti-Asian hate across the country from Mar. 19 to Feb. 9, around 7.3% of which involved Asians 60 years and older.

“If something like that happened to [my grandma], it would be devastating,” Chung said.

The Gainesville Police Department has not received any reports of violent attacks against Asians as a result of the COVID-19 pandemic, GPD Spokesperson Graham Glover said.

Chung said he believes the spread of misinformation about Asian Americans and their connection to the COVID-19 pandemic is a reason why people may want to lash out.

He said he’s experienced verbal racist attacks in Gainesville, such as people screaming at him, telling him he shouldn’t be in the city and urging him to “go back to his country.”

As an American-born Chinese citizen, Chung doesn’t let these threats and insults bother him.

“It’s usually when we stand up for ourselves, or we say something when someone is being rude or disrespectful, and they want to put us back in our place,” he said.

For most Asian Americans, experiencing discrimination based off their race is completely normalized. Some Gainesville residents have rationalized why they experience microaggressions.

“As a foreigner, you come to this country and have to be extremely good. You have to be much better than other people to get that same opportunity,” Li said.

Li emigrated from the Hebei Province in China to Gainesville to study at UF in fall of 1989. He and other international students, past and present, face many challenges, including xenophobia and language barriers.

Lee said Asian Americans are the invisible minority because their issues with discrimination are muted by the mainstream media.

Santa Fe College professor Rimjhim Banerjee-Batist said the Gainesville Indian community is not talking about the attacks against Asian Americans right now, and she is disappointed that it seems like no one is paying attention.

Banerjee-Batist, an immigrant from the West Bengal capital of Kolkata in India, is heavily involved with the Gainesville Indian community. She joined the Indian Cultural and Education Center immediately after moving to Gainesville in 2007. Each year, the 55-year-old city resident works with the community to plan and celebrate the diverse holidays and cultures that are traditional to the many different parts of India.

“They have this notion that they are here in someone else’s country,” she said. “But we’re all citizens of this country. This is our country.”

UF business professor Amy Pan, who is Chinese American, feels safer living in a small college town rather than in a big city.

“Seeing Asian elders get attacked for no reason in the news is very scary,” Pan said. “If you go to a big city, maybe, discrimination would be a problem, but here we are ok. The college town is a safer place.” 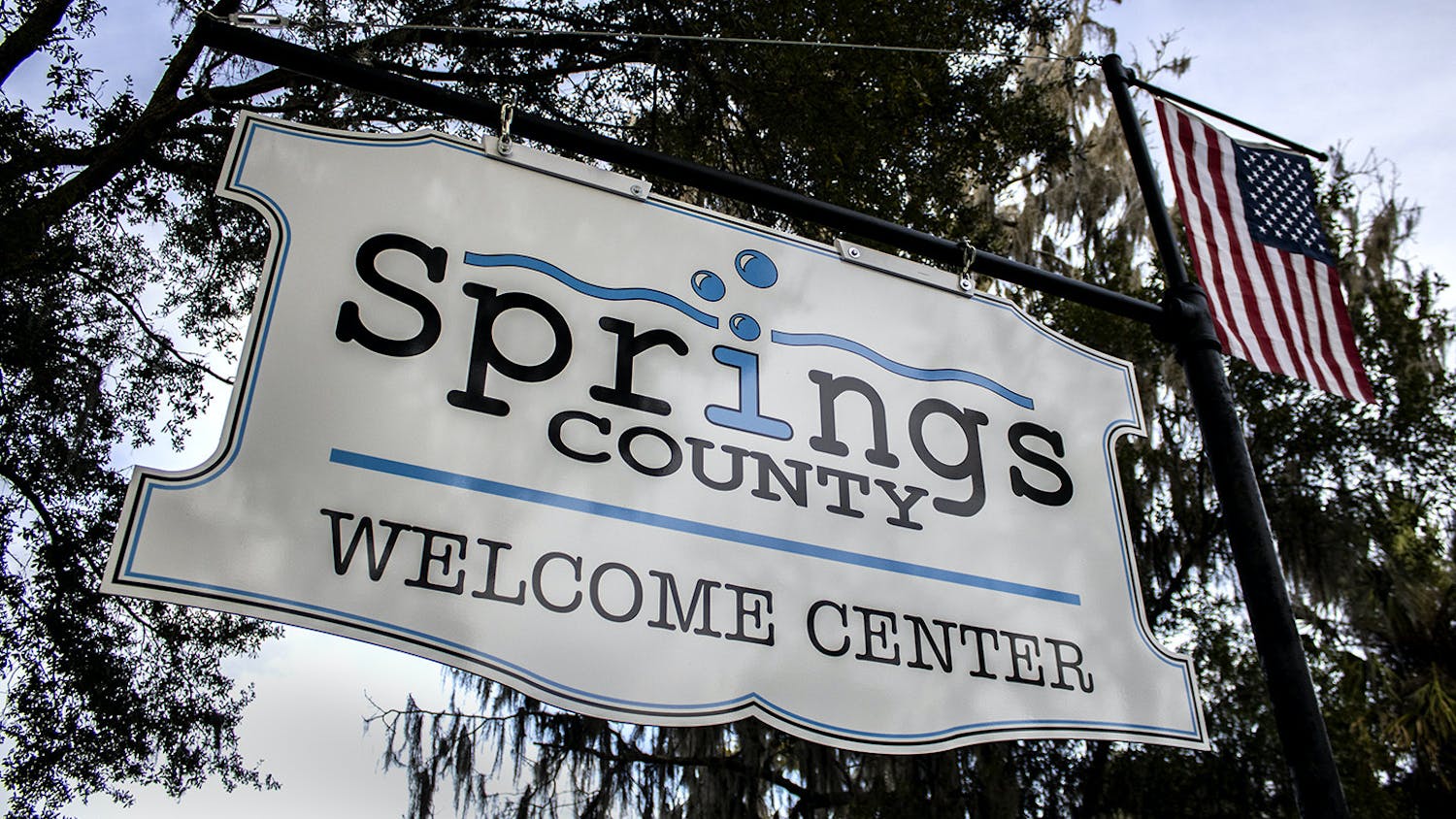