In her latest single, “Solita,” Marianella Rojas proclaims, “Canto lo que vivo, vivo lo que siento” – “I sing what I live, I live what I feel.”

This sentiment is at the core of her songs and her ethos – honesty, connection, undeniable vulnerability and a true love for music. It shows up in the highest of highs, like her triumphant 2019 debut album “Voy,” and in the lowest of lows, like the halting of all her touring activities following the onset of the COVID-19 pandemic. It is steadfast and unchanging through seasons of massive unpredictability and upheaval. It is the epicenter of the Venezuelan singer’s work – to sing what she lives, to live how she feels.

Rojas, known professionally by the mononym Nella, took the Phillips Center stage Friday with this transparency in tow. The Latin Grammy-winning artist performed in her first in-person show since August as part of the “UpStage at the Phillips Center” series, organized by UF Performing Arts.

The UpStage series sees artists and audience members all gathered on the Phillips Center stage for an up-close and personal performance and a “jazz club atmosphere.” Friday’s show was performed live to a limited-capacity audience and livestreamed for those watching at home.

From an early age, Nella said she knew music was the path for her. She grew up taking cues from the pop juggernauts of the day, singing hits from artists Mariah Carey to Christina Aguilera to Celine Dion, but decided that she would pursue jazz in hopes of becoming “the next Ella Fitzgerald.”

Nella moved from her hometown of Isla Margarita to Caracas, the capital of Venezuela, at the age of 17 to study music, a decision she had also made early on. She said attending a university, being not just a performer but a true student of music, had always been a priority.

While studying in Caracas, one of Nella’s teachers recommended she apply to Berklee College of Music in Boston. Berklee, notoriously intense and competitive, is one of the most prestigious music schools in the world – which is exactly why Nella said she wouldn’t be applying.

“This is just for geniuses. I don’t think I’ll be able to be accepted,” she said.

But she thought wrong. After flying to Boston for an audition and interview, Nella was accepted.

She didn’t attend the school until two years after her acceptance, though, when her parents could afford to send her to Boston for only one semester. They told her there was no guarantee of future semesters, but just the promise of one was enough for Nella.

“Before they finished the phrase, I was already on the airplane with my bags,” she said.

One semester turned into two, two turned into four, and Nella graduated from Berklee in 2015. While there, her musical focus shifted from jazz and R&B to the sound of the Andalusia region and her traditional Venezuelan roots.

With constant collaboration from Javier Limón, producer and artistic director of the Mediterranean Music Institute at Berklee, Nella has infused Venezuelan folklore with classic Latin instrumentation. Though her production does have touches of modern influence, Nella’s songs are undoubtedly rooted in tradition.

As reggaeton music continues to dominate the airwaves, Nella said the other styles of Latin music have taken a back seat to this more pop-centric sound. Though it has opened the door for Latin visibility in the United States, Nella said there is so much more to offer.

“I think that we should take advantage of that and show this other palate of colors,” she said.

Among this other palate is Nella’s 2019 debut album “Voy,” which was released to critical acclaim and earned her a Best New Artist win at the 2019 Latin Grammy Awards. With an album that didn’t follow the Top 40 format, she said it was an honor just to be nominated among her more radio-ready contemporaries. The win, she said, was “incredible,” and proved there was a place for her traditional sound in the modern music landscape.

After embarking on a 2019 tour across the U.S., on-the-road activities came to a standstill with the onset of the COVID-19 pandemic. But the year 2020 wasn’t entirely lost – Nella joined Sony Music Latin and began working on her next full-length album.

The first taste of the next record, “Solita,” leans more toward modern R&B production, but still maintains the essence of Latin music. Translating to “alone,” the track tackles the isolation of quarantine living, but instead of approaching the situation through the lens of pessimism, Nella chose to celebrate the newfound opportunity to rediscover who she is.

“Some days were hard, but it was also a beautiful time to be with myself,” she said.

But after getting reacquainted with herself in isolation, Nella said she’s ready to reconnect with her audience. Though her music is entirely in Spanish, she said the relationship she has with the crowd overpowers the language barrier.

“It’s beautiful to see that people really connect even though the lyrics are not their language,” she said.

Support your local paper
Donate Today
The Independent Florida Alligator has been independent of the university since 1971, your donation today could help #SaveStudentNewsrooms. Please consider giving today.
Popular
One dead after crash on West University Avenue
No, it wasn’t Florida’s or coach Mary Wise’s year again
After 8 wins in 9 games, Gators set to host No. 2 Commodores
The 2021 alligatorSports Mock Draft
Florida lawmakers attempt to delay NIL bill
Tweets by TheFloridaAve
Calendar
No events at this time.
Submit an event
More 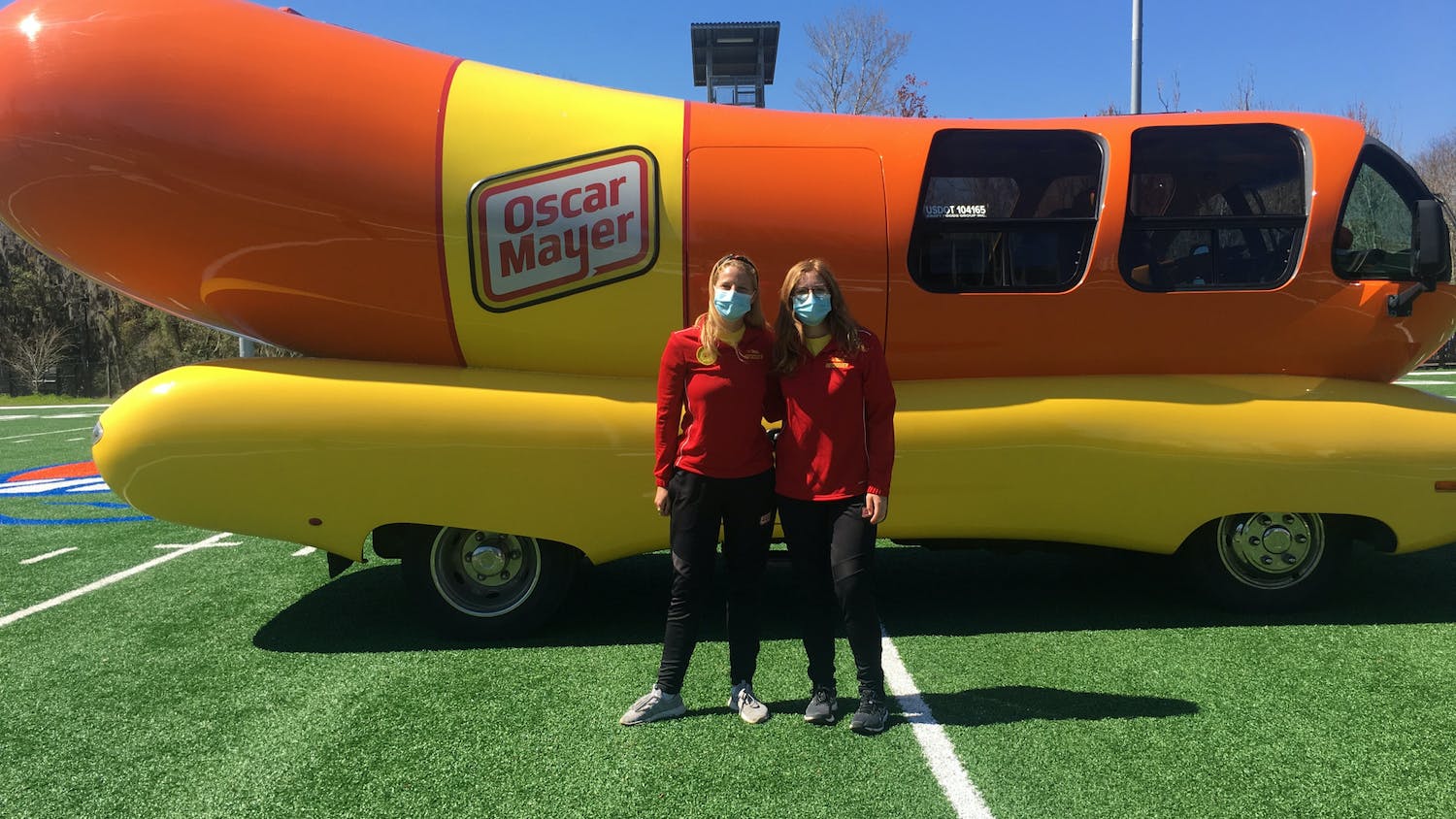 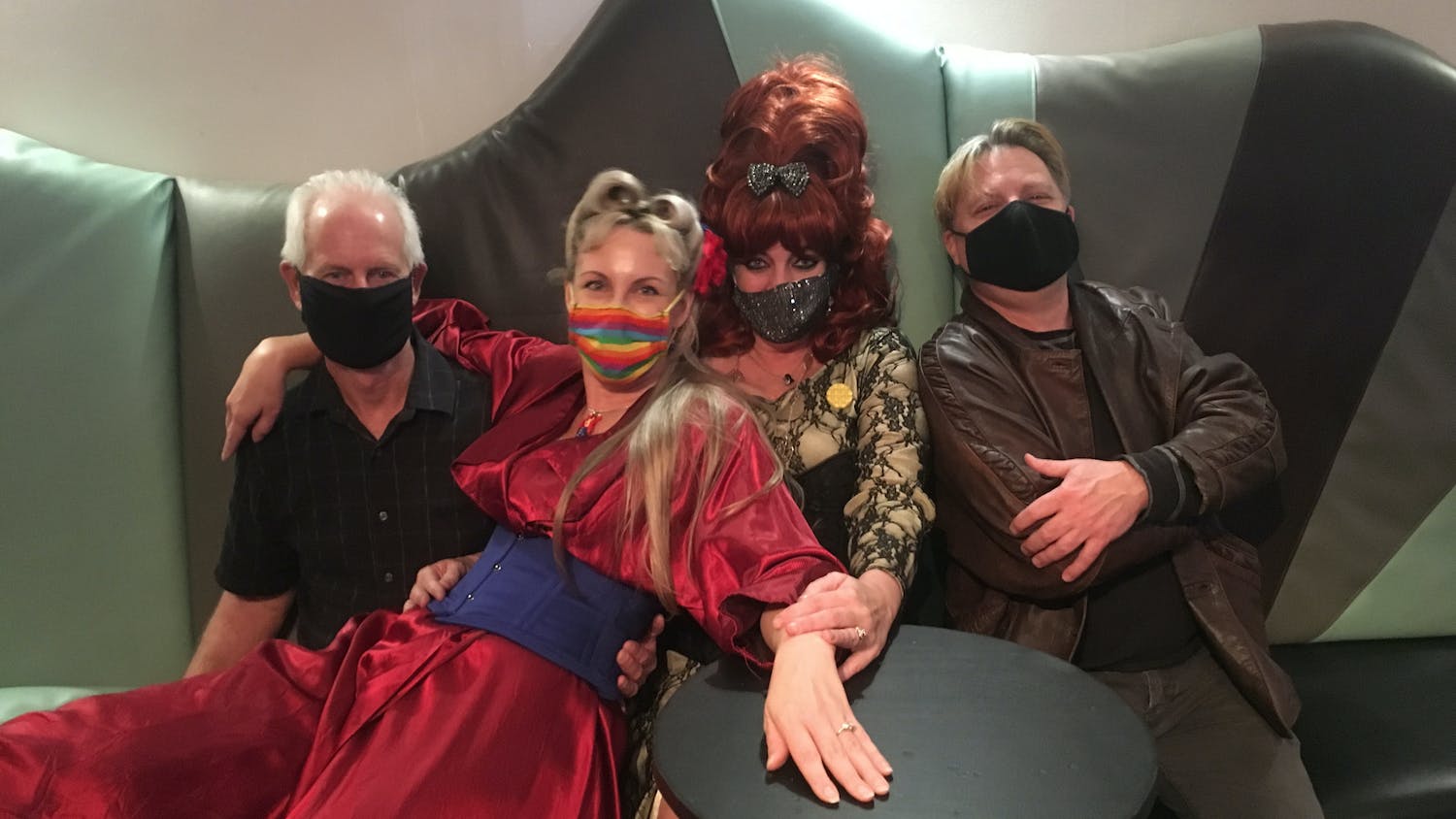