Skip to Content, Navigation, or Footer.
Donate Now
We inform. You decide.
Thursday, May 06, 2021
SPORTS  |  BASEBALL

The rustle of the trees and sparse encouragements echoed around the Florida Ballpark as Jacob Young stepped into the batter’s box in the bottom of the eighth inning.

The crack of the bat amplified as fans watched the ball dribble toward shortstop JD Tease. Everyone watched with bated breaths as the ball hopped right over Tease’s glove. Young, players, coaches, fans and reporters alike anxiously awaited the call: error or hit?

The scoreboard declared a hit, and the stadium answered in a sea of applause and hat tips for Young. The streak continued, and Young made history. His hit-streak extended to 30 games over 646 days as he broke Tim Olson’s longest hit-streak record in Gators baseball history.

A Saturday hiatus didn’t break up the Gators’ momentum in Sunday’s series finale against Florida A&M. The Gators toppled the Rattlers with a lopsided 8-0 victory.

The Gators didn’t miss a beat at the plate to kick off the game. With Young on first, Jud Fabian stepped up to the plate as the second batter of the day. The center fielder launched a bomb into left-center that sailed through the sky until it landed in the Rattlers’ bullpen.

Three consecutive singles and a double-play brought home the third and final run of the first inning. The next two innings followed similarly.

In the second, Nathan Hickey drove in two runners with a line drive into the right-center field gap. In the third, a pair of Gators’ singles, a Rattlers’ third baseman, Tristen Cooper, error and Colby Halter’s heads-up baserunning sent home the next two runs.

The bats fell silent after that, though.

The Gators earned just one run throughout the remainder of the game. In the fifth, Halter slammed a double into right-center field that scored Sterlin Thompson, who reached base on a hit by pitch.

The stadium never looked more alive than when Young procured his hit in the eighth, though. As the left fielder’s final at-bat of the day, the streak teetered.

“I knew I just wanted to put the ball in play and figure out a way to try and extend it,” Young said.

Tantalizing drama accompanied the hit over the shortstop’s glove. The pause before the decision to call the hit felt more like 30 minutes than the 30 seconds it took.

“I don’t think I’ve ever looked at the scoreboard that long,” Young said.

The entire dugout knew what it meant for Young to get that hit. To head coach Kevin O’Sullivan, no one deserved that achievement more than his left fielder.

“It couldn’t happen to a better teammate, person, it’s a really hard thing to do,” O’Sullivan said. “To have that level of focus and determination day in and day out just speaks volumes about what he’s all about.”

With the series sweep, the Gators advance to 9-3 on the season. They continue their homestand against Georgia State Tuesday. 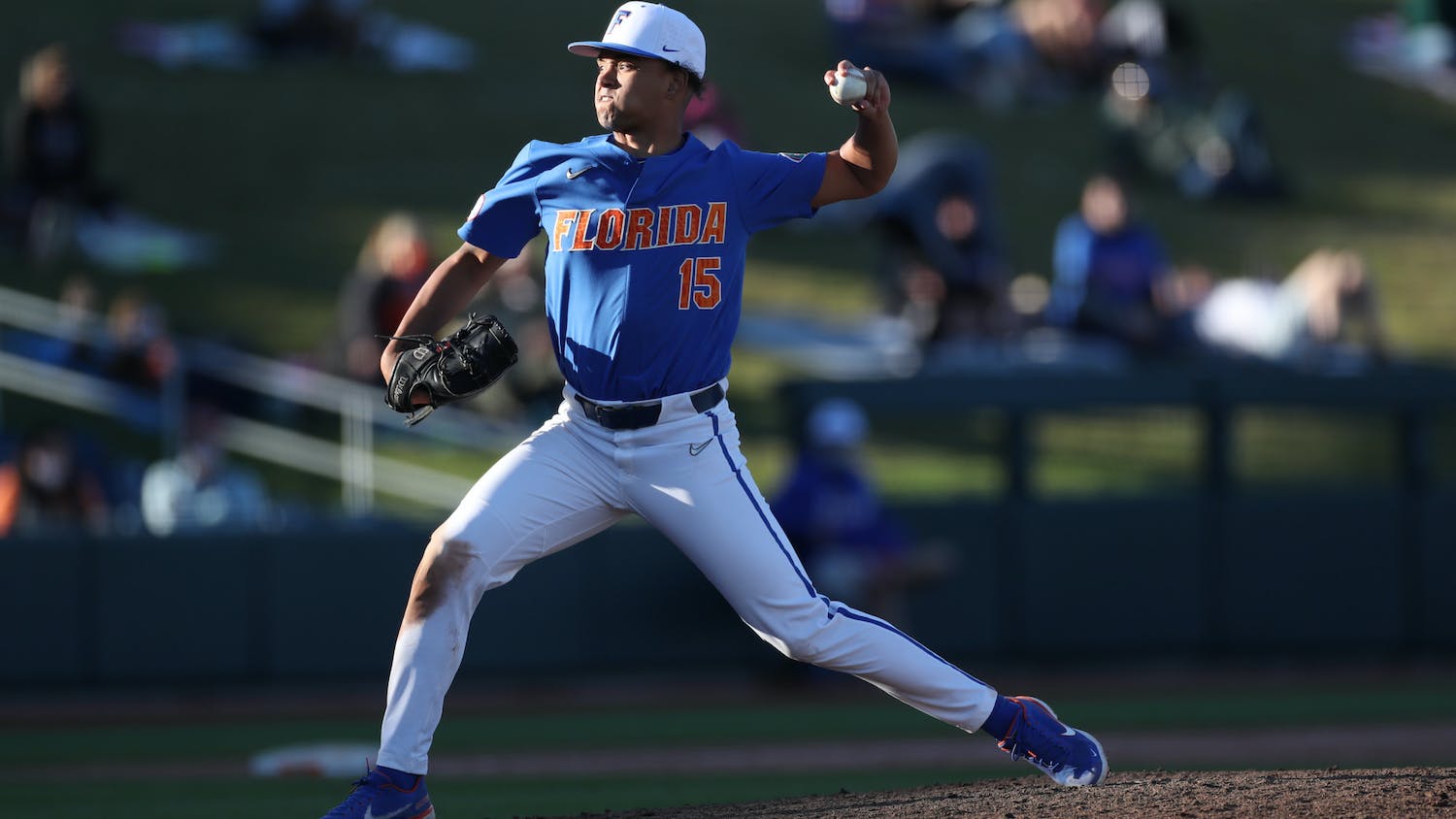 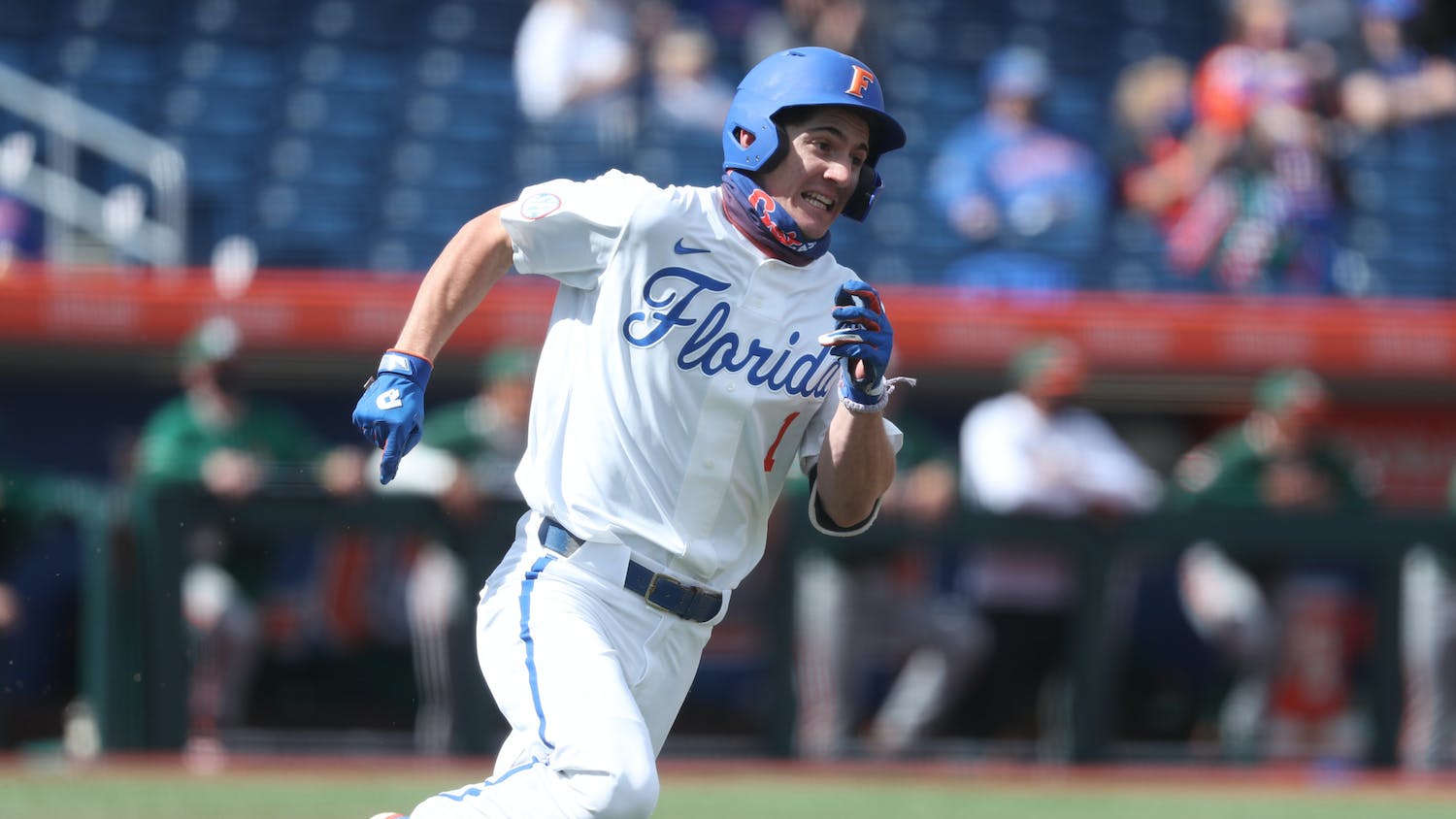 After a rough start, Florida is starting to look the part of unanimous No. 1