Fuchs revived April Fools’ joke after canceling the joke in 2020

In a series of videos UF posted on April Fools’ Day, UF President Kent Fuchs fired himself and the rest of UF’s administrative staff, leaving decisions up to the software of UF’s artificially intelligent supercomputer.

Fuchs is known for his yearly April Fools’ jokes, but didn’t pull one last year because of the onset of COVID-19. In 2019, Fuchs debuted his new football uniform as a prank. The return of the joke this year played on UF’s growing AI program and the fears some people have about AI technology. UF’s AI program, which has $70 million in funding, is unique because while most universities with AI technology usually only use it for programs related to computer science, UF plans to use AI within every college at the university.

As UF’s AI system goes through its early rollout stages, fears of job automation may become more realized around campus. But UF administrators are urging people not to panic.

“The role of AI is not to replace people. It’s to make people more effective,” UF president Kent Fuchs said. He said he likes using the phrase “amplified intelligence” to make that clear.

UF hopes to hire 100 new staff members who specialize in AI technology by Fall, Fuchs said. Additionally, the university looks to hire specialists in AI ethics to ensure the technology is deployed responsibly. This is important because experts in AI are concerned about how bias seeps into these machines, according to the Harvard Business Review. A ProPublica investigation found an AI algorithm in the Broward County justice system mislabeled Black defendants as high-risk twice as much as it did white defendants.

UF’s AI system was added to the school’s supercomputer, HiPerGator, last Summer. Hardware tech company Nvidia donated the system along with $25 million to help implement the program across campus. The company’s co-founder Chris Malachowsky, a UF alumni, matched Nvidia’s donation. Meanwhile, UF is pouring $20 million of its own money into the project. These funds are going toward building Malachowsky Hall, which will house several programs that focus on AI use.

UF aims to offer its newest technology to students pursuing any degree, whether it’s related to arts or agriculture, Fuchs said. Once the technology is fully in place, he wants everyone at UF to have some knowledge of AI by the time they graduate.

But UF students and faculty won’t be the only ones benefiting from the AI technology. Fuchs called all the presidents of universities within the Southeastern Conference and the State University System of Florida to offer them a chance to participate in AI research along with UF. He wants UF to help other institutions implement AI technology and serve as an example for universities across the nation.

For now, UF is focused on incorporating AI into its own programs.

Gators coach Dan Mullen doesn't have to worry about losing his job to a robot anytime soon, but he can look forward to getting help from one in the very near future.

UF’s Institute of Coaching will be one of the many programs to have access to AI technology. The technology will help coaches understand data and make decisions on recruiting, hiring and player assignments, Michael Reid, dean of UF’s College of Health and Human Performance, said.

Another possibility of AI is monitoring player performance, which would be done by placing wearable technology onto players, Reid said. The devices would record data such as heart rate and acceleration rate that can later be used to help athletes improve their abilities on the field.

Advancing athletic performance with data analytics is already widely used among sports teams and companies, Reid said, for things such as measuring a baseball pitcher’s pitch velocity. UF’s technology would aim to improve the way data is interpreted and used by coaches.

UF’s College of Medicine will also use the AI technology to enhance data analytics, Patrick Tighe, an associate professor at UF’s Department of Anesthesiology, said. The data would better a doctor’s ability to predict the benefits a patient may get from surgery, how long it will take a patient to recover from surgery and whether a patient is at risk for illness after surgery.

The algorithms have to be able to represent groups equally to ensure data is fair and accurate, Tighe said. UF Researchers are making sure to emphasize the importance of collecting data from medically diverse groups of patients so doctors can individualize treatment.

“One of the core themes for this academic hub and artificial intelligence revolves around the concept of trustworthy AI,” Tighe said.

“Taking care of other human beings who are ill, there's nothing artificial about that. That requires a human touch,” Tighe said.

Although some professors may drone on during lectures at times, actual drones won’t replace the last human aspect of online classes this April Fools’ Day. 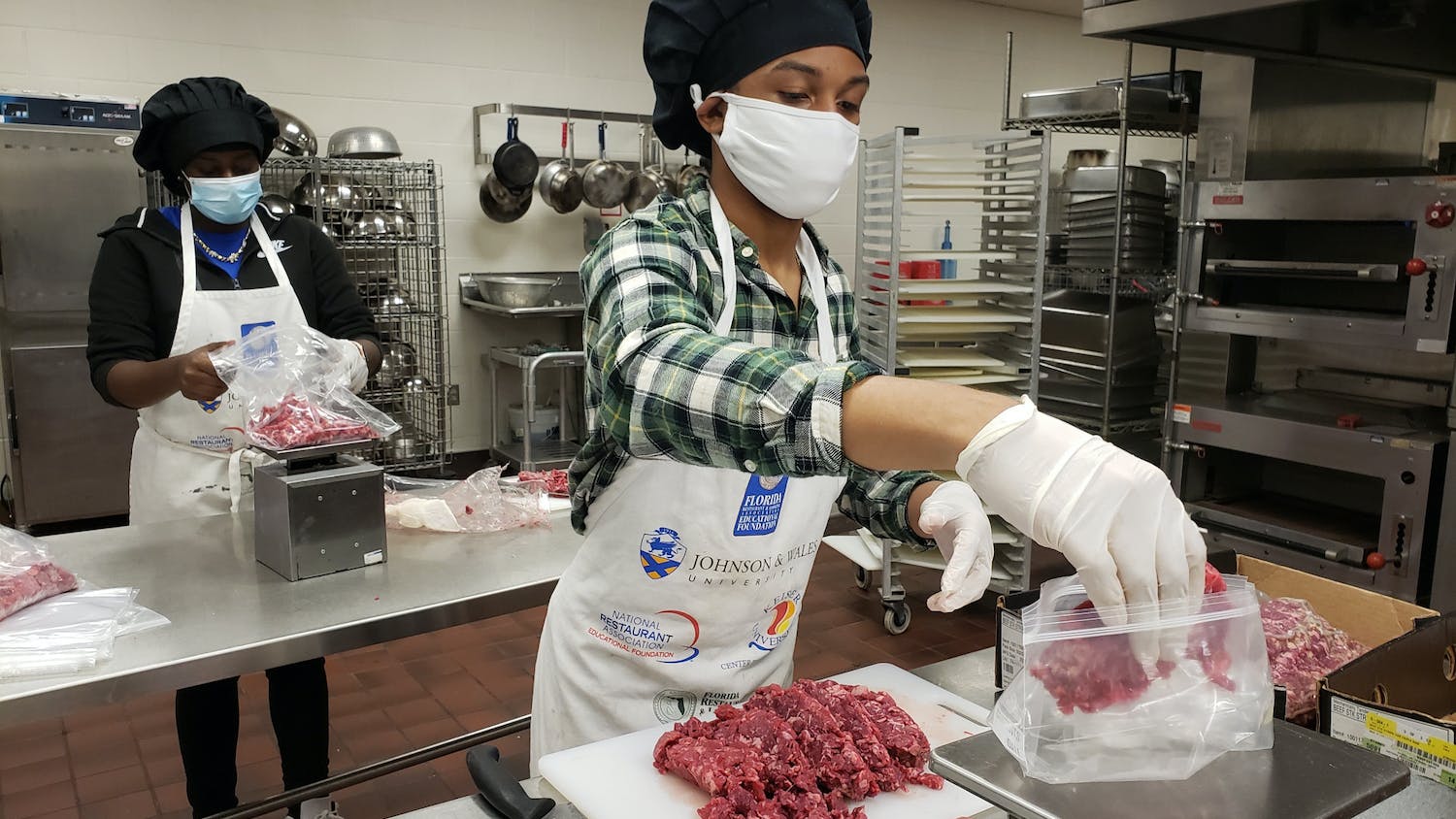