Florida’s dream to hoist the National Championship trophy splattered before it left the first rotation.

The downward spiral began when sophomore Payton Richards faltered and fell off the balance beam in the lead-off spot. She fell Friday, and the Gators responded with five strong routines.

Freshman Ellie Lazzari and seniors Megan Skaggs and Alyssa Baumann recorded three-straight scores of 9.86 or  better. Junior Trinity Thomas stepped up to the podium next. Her routine started smooth until she failed to reach 180 degrees on her second split leap.

She turned to complete her aerial series. On her final tumble, she lost her balance, grabbed the beam with each hand and hung from the bottom of it before the junior finished the rest of her routine.

The toughest apparatus in gymnastics conquered and derailed Florida’s chance to win its fourth National Championship Saturday in Fort Worth, Texas, as it finished last behind Michigan, Oklahoma and Utah. The Gators watched across Dickies Arena while the Wolverines lifted the coveted trophy to win the first championship in program history.

The team experienced mixed emotions in the locker room afterward, Skaggs said, but they felt like they gave it everything they had.

Baumann led all Gators on beam with a 9.925, but the team knew their chances to win evaporated after Thomas’ fall. They drooped over to the floor corral for the second rotation.

Florida knew what a second fall meant, Skaggs said, but they used a positive mindset to finish the meet because anything can happen in gymnastics.

The Gators showed out after a disastrous start on floor. Thomas and junior Nya Reed notched 9.95s. Baumann and Skaggs soared, too, and notched 9.9s. UF needed to stay within a point in case the other three teams crashed and burned to crack the door for a comeback.

However, Florida still sat in last place because of the hole it dug on beam. It trailed first place Michigan 99.275 to 98.3125.

The Gators lagged further behind after the vault rotation. The Wolverines pushed their margin to more than a point even though Florida registered a 9.825 as its lowest score. Thomas excelled to lead the team with a 9.925.

In the final rotation, Skaggs potentially ended her career on a high-note with a 9.9375. She read a letter to gymnastics in a video and thanked the sport for everything. After the meet, the senior said she hasn’t made a final decision on whether she will use the extra year the NCAA granted student-athletes.

Thomas finished second with a 9.9, but the Gators’ scores couldn’t elevate them out of last place.

Coach Jenny Rowland said she’ll remember this squad for the resilience it displayed through obstacles.

“This team has been through so much adversity through this year,” she said. “However, what they’ve done throughout this entire season is something that can’t be taken away from them. They have a lot to be proud of.”

Florida’s season ended on a sour note, but most of the team will return next season. A Skaggs and Baumann departure would sting but none of the three seniors have yet made a decision. Rowland said she has discussed their return, but the three seniors will make their decision when they’re ready. 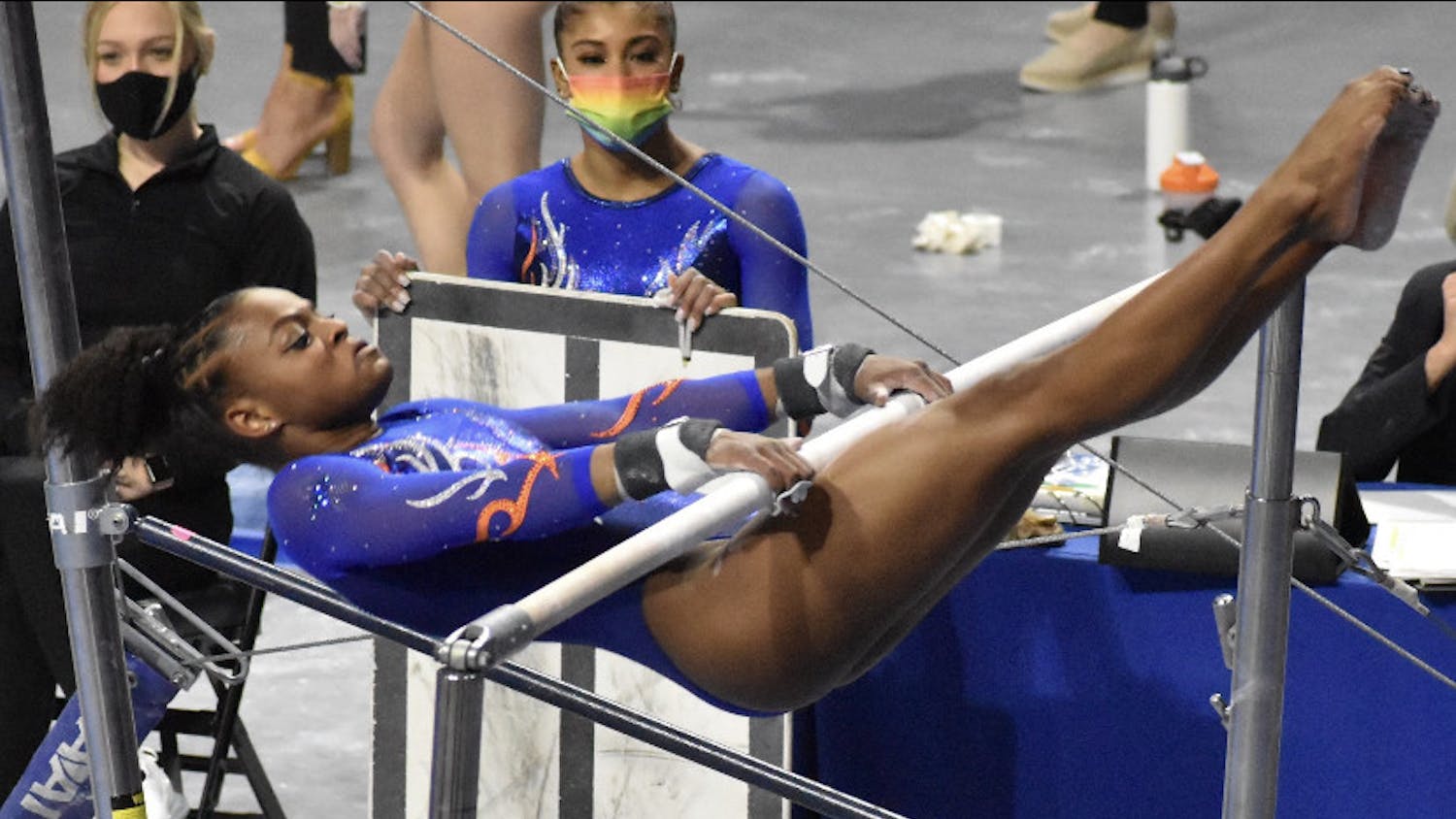