Katie Chronister felt the pressure in the top of the seventh inning.

A trio of South Carolina hits, including two doubles, plated a run and left two Gamecocks on base with the tying run on first.

The fifth year Chronister, playing in one of her final home games, remained calm and delivered. She struck out Boesel, and Krupt grounded out to give Florida a 4-2 victory on Sunday afternoon at Katie Seashole Pressly Stadium.

South Carolina started lefty Rachel Vaughn after calling upon ace Leah Powell Friday and Saturday nights. Fielding miscues doomed the ‘Cocks from the first batter, as second baseman Hannah Adams reached on an error, stole second and then scored on a throwing blunder.

Early leads proved crucial for the Gators this season. They won 30 of 31 games when scoring first.

“I think it helps us all relax,” third baseman Charla Echols said. “Getting an early lead is a big confidence boost for us.”

Senior Natalie Lugo earned the start for Florida despite hurling a full seven innings Saturday. Coach Tim Walton said he wasn’t worried about her energy level, and she represented the best matchup.

“My teammates help keep me energized,” she said. “I know I can just focus on hitting my spots, and my defense will have my back.”

Lugo showed no fatigue as she pitched a gem and relinquished just one run and on extra base hit – a Jordan Fabian home run in the fourth inning. Lugo exited with two outs in the sixth inning to a roaring standing ovation.

In the second inning, Florida loaded the bases and scored a run despite no balls leaving the infield. Vaughn walked right fielder Avery Goelz and Adams reached on an infield single. After center fielder Cheyenne Lindsey walked, right-hander Kelsey Oh replaced Vaughn on the mound. Oh handed Echols a free pass to keep the trend going and make it 3-0.

Echols drove in Florida’s final run of the game on a sacrifice fly in the fourth inning. The squad’s leader in RBIs drove in two without registering a hit.

Despite just four hits, the Gators left eight runners on base. The Gamecocks committed three errors and relinquished six walks.

Despite the scoreboard, Walton said the offense performed no better since the upset Friday, USC just committed more mistakes.

“The rare mistakes South Carolina made Friday night, we couldn’t capitalize on it,” Walton said. “We just have a hard time being able to generate things besides a home run or a walk.”

Wednesday evening offers Florida the perfect opportunity to improve as the Gators host Florida A&M in their final midweek game of the season. First pitch flies at 6 p.m. and streams on SEC Network +. 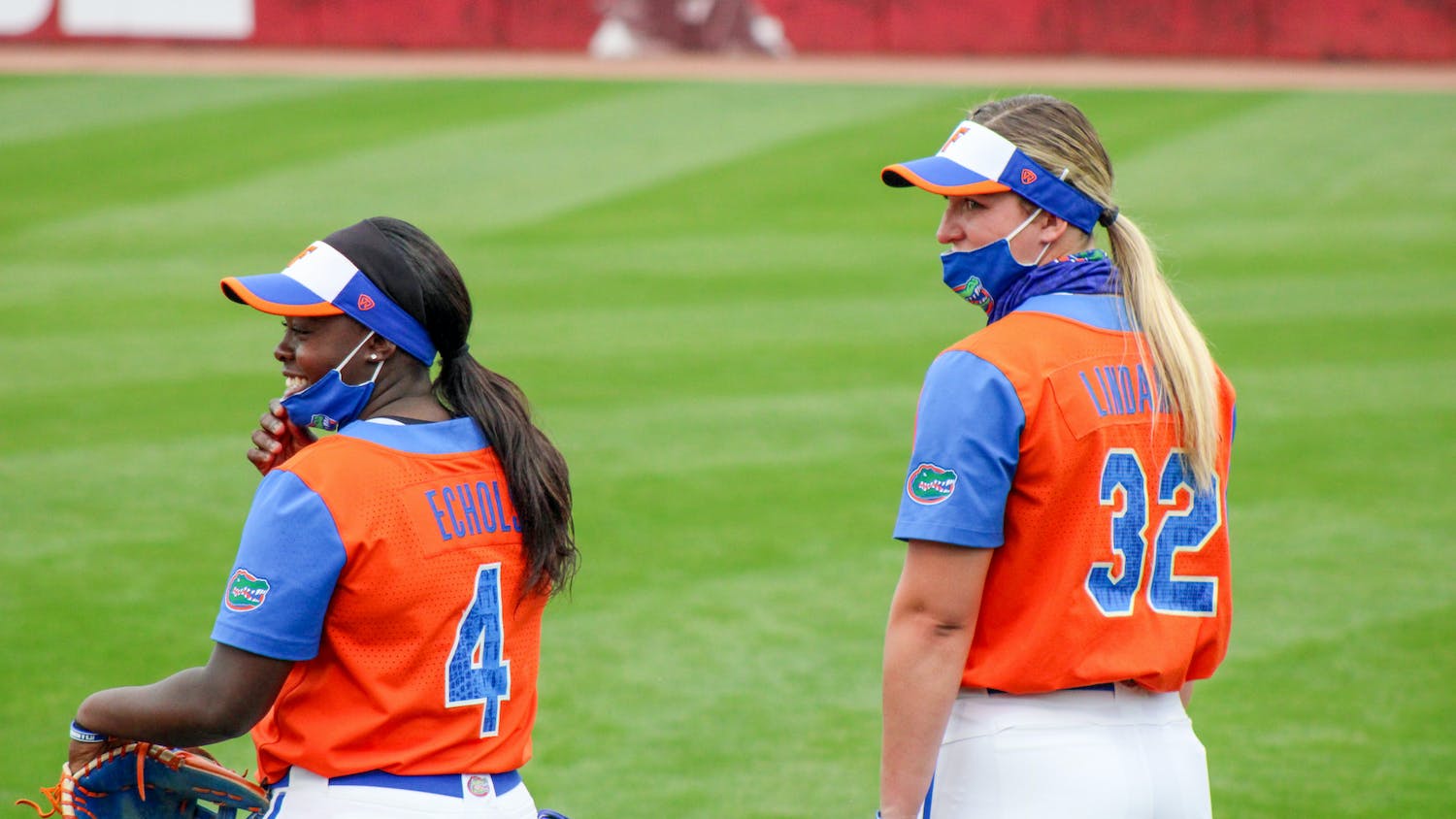