With one out and a runner on first in the top of the fourth, Florida third baseman Colby Halter stepped into the batter’s box with his heart set on breaking the 2-2 tie.

Halter swung at a second pitch fastball from Auburn right-hander Trace Bright and laced a deep fly ball into center. Tigers center fielder Kason Howell tracked the ball back to the warning track where he leaped as the ball skimmed by his outstretched glove and landed safely in the outfield dirt.

Junior pinch runner Brock Edge scored the go-ahead run all the way from first base as Halter dug out his second triple this year.

“Brock [Edge] did a great job at first knowing that it was getting down and scored all the way from first, so that was huge,” Halter said.

Halter crossed the plate for an insurance run on an RBI single from second baseman Josh Rivera before right-hander Jack Leftwich recorded three straight outs to end the game.

Following a one-run win over Jacksonville Tuesday, No. 15 Florida took down Auburn 4-2 in the series opener Friday night and extended its win streak to a season-long seven games.

“Earlier in the year, we were struggling with playing on the road,” Halter said. “We got that Sunday win at Tennessee and we’ve kind of gotten on a roll here in the last week or so.”

After three scoreless innings, Florida center fielder Jud Fabian initiated the scoring when he sent a 441-foot, two-run moonshot over the scoreboard behind the left-center field wall in the top of the fourth.

Fabian’s 13th home run — second in the SEC — gave the Gators a 2-0 lead they maintained through the seventh inning stretch.

Junior right-hander Franco Aleman started on the mound for Florida and blanked the Tigers through the first five frames. The first-year Florida transfer struck out the side in the fifth inning before he turned the ball over to sophomore right-hander Christian Scott in the sixth.

Scott threw three solid innings, but a brief hiccup in the bottom of the seventh revived the crowd’s energy at Plainsman Park. Auburn shortstop Ryan Bliss belted his ninth home run of the season, a game-tying, two-run shot, over the monstrous 37-foot left-field wall.

Leftwich entered the game for Scott in the bottom of the ninth The junior Orlando native dealt a nine-pitch inning to pick up his first save since 2018 and secure Scott’s third win in the past two weeks.

Left fielder Jacob Young made a spectacular catch for the second-to-last out. He chased down a deep fly ball into the left-center gap with extra-base hit written all over it.

The Gators will look to clinch the series Saturday at 7 p.m. on SEC Network+. 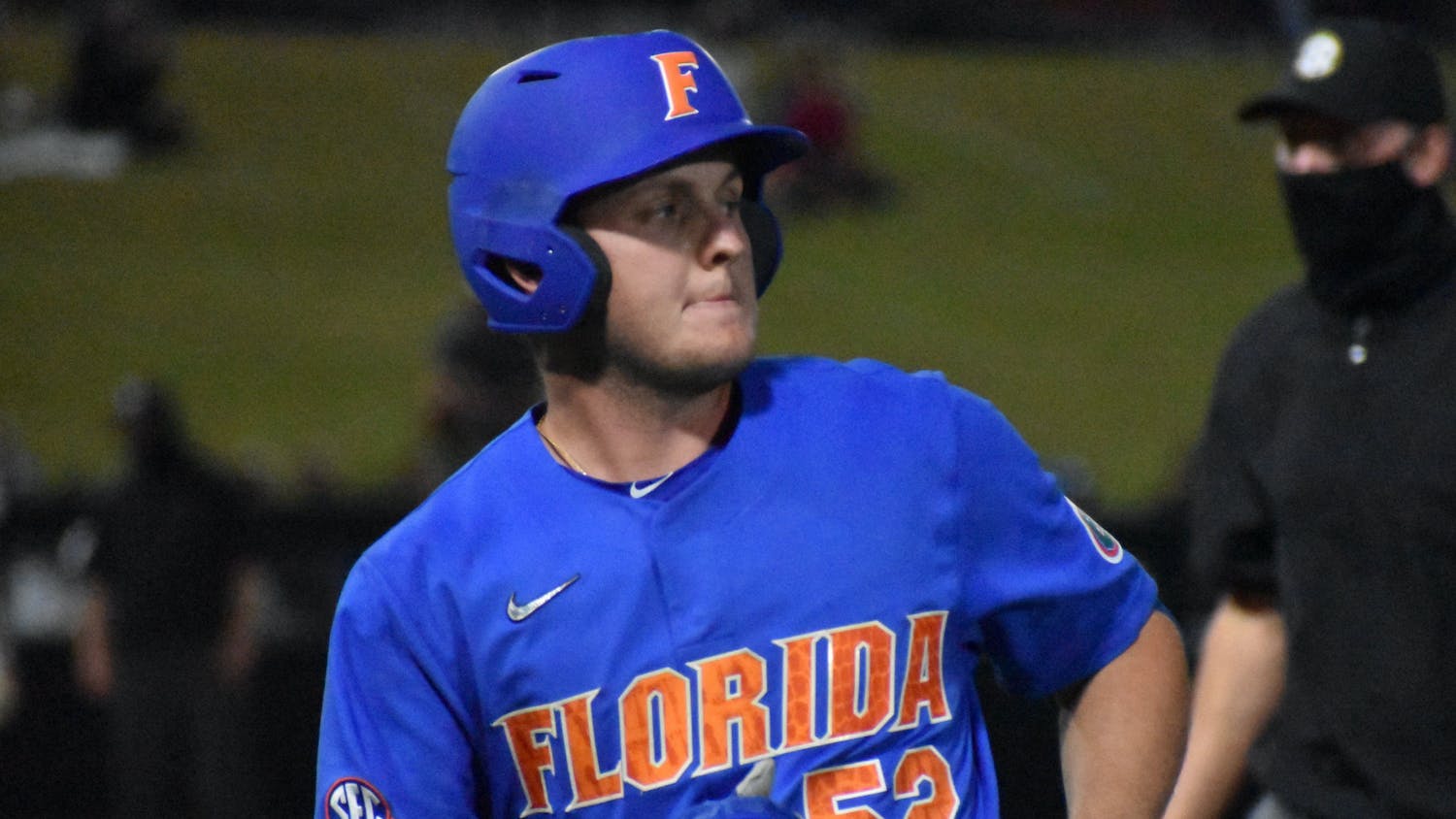