Women collapse in the SEC Tournament

The warmth of spring didn’t stop Tuscaloosa, Alabama temperature to drop into the mid-30s. The athletes’ breath exhumed from their mouths with every strike and return.

With freezing temperatures in the air, the Gators men’s and women’s squads took to the courts in an attempt to keep their fiery hot win streaks alive. But despite a strong singles roster, the women froze in the headlights and collapsed against South Carolina while the men’s arsenal pulled one over Mississippi State and advanced to the semifinal.

The No. 12 Gators rode high into the SEC Tournament with an eight-game win streak, but their momentum departed from the start.

Their struggles began early when they failed to clean up their act in doubles competition. Leaders McCartney Kessler and Marlee Zein dropped their duel in a 2-6 rout against South Carolina’s Mia Horvit and Megan Davies.

Kessler and Zein lost not only their game plan but their energy, too. The duo burned out after a fast 2-0 start. In the first two games, the Florida tandem went on a serving spree and rejected every return that came their way.

When the Gamecock couple got their chance to serve, they found a new strategy to take power from Zein’s and Kessler’s forehands. Rather than the immediate approach to the frontcourt after the return, Horvit and Davies waited patiently on the backline to drag out the rallies.

In a downhill fall, the tumble picked up speed once Florida separated into the singles play. Even top solo performers like Ida Jarlskog tripped themselves up to kick off the playoff run. The two-set battle looked close in the final box score, but South Carolina sophomore Emma Shelton kept a safe distance from the first serve.

Florida head coach Roland Thornqvist said he’s proud of his team and the distance they traveled over the past few months.

“This league is just really tough,” he said. “We have even talent and even teams week in and week out. Playing South Carolina last week and this week again you see they're seventh in our league. That showcases the depth of our league.”

Florida will now return to Gainesville to patiently await the NCAA Regional Tournament in Lake Nona, Florida, on May 7. Bracket and seed positions are yet to be announced. 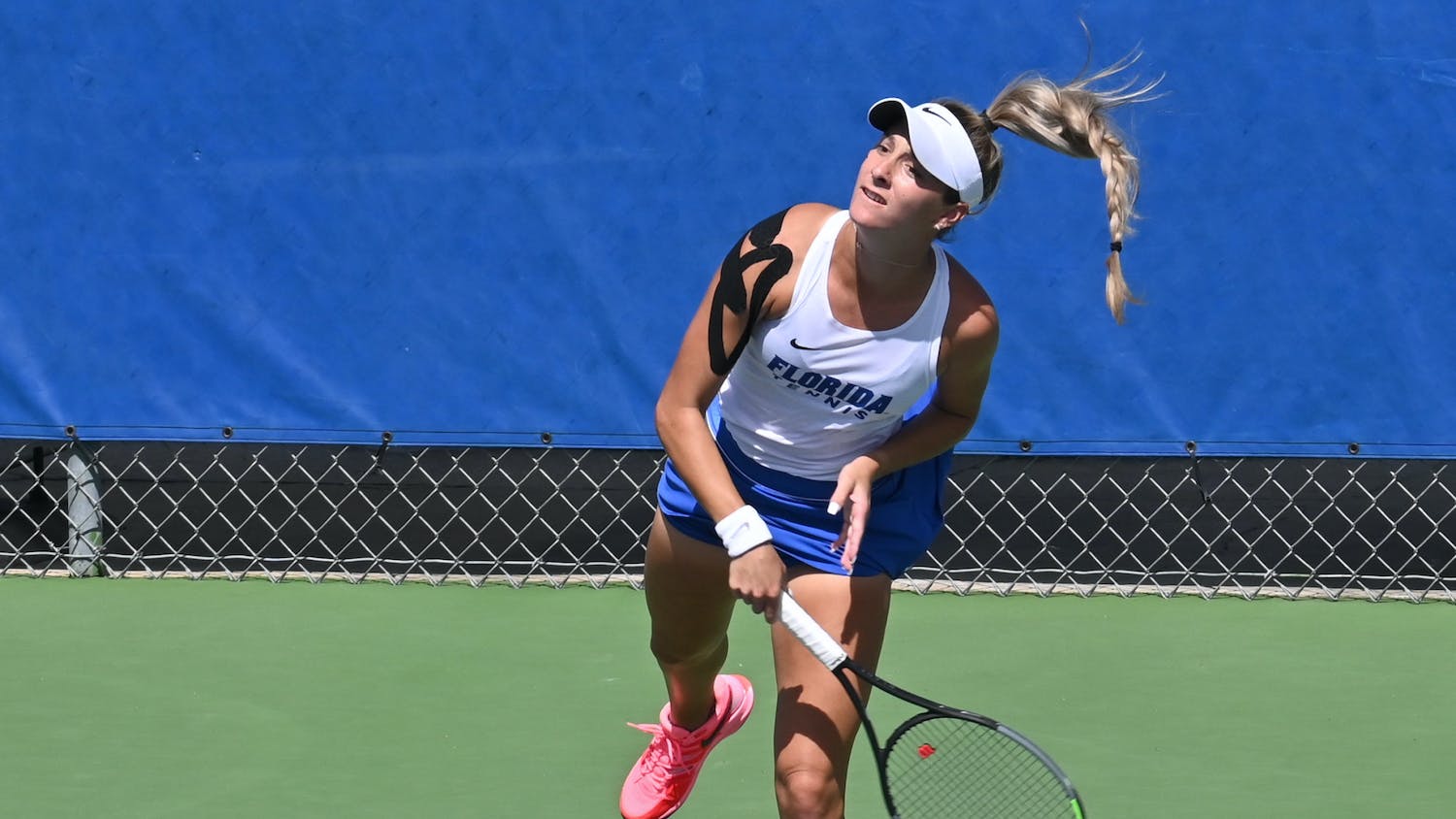