On Monday, the Gators were average, in fact perfectly so. The Florida men’s golf team turned in an even-par day and remained in contention for a top-five finish.

The following round set the Gators up for a daunting test in Washington Wednesday.

Florida now sits alone in eighth place following a 6-over-par 290 on Tuesday. The Gators trail  six strokes behind Pepperdine and Utah, who are tied for the fifth and final position which offers a trip to the NCAA Championships.

SEC Freshman of the Year Joe Pagdin bounced back with a team-leading even-par round of 71. Pagdin avoided the larger blemishes on his card after two Monday triples and matched three bogeys with three birdies. He rose to a tie for 38th on the individual leaderboard and remained 4-over-par.

Ricky Castillo looked to stay hot for the Gators. The sophomore was in the top five individually at the conclusion of round one, but shuffled down into a tie for 10th at 1-under-par. Castillo opened his second round with six straight pars before he bogeyed three of his next four. A lone birdie on 14 wasn’t enough to salvage his day, which ended with a 2-over 73.

Lin entered the back nine even par for the day, but bogeys on 12 and 13 tarnished his day. The Beijing, China, native is still among the leaders in total pars made with 29 over two rounds. Lin ended the second round 1-over-par for the tournament and in a tie for 23rd.

Manzoni’s day got off to a rough start. Four bogeys through the first seven holes led to a 3-over-par front nine, but he rebounded with a mistake-free closing nine. The Italian will look to carry over the momentum of his 1-under-par 34 into Wednesday’s round. He joins Pagdin at 4-over-par in a tie for 38th.

Freshman Tyler Wilkes had an up-and-down Tuesday. Despite five birdies, including a pair of back-to-back circles, Wilkes carded a team-high 3-over-par, his round undone by half a dozen bogeys and a double on the fifth. At 5-over-par for the tournament, he is in a tie for 43rd individually and the highest of Florida’s five starters.

East Tennessee State threatens to run away with the regional after a 14-under-par second round. The Buccaneers’ number one golfer Archie Davies sits atop the individual leaderboard at 11-under-par. The freshman set a new course record at Tumble Creek Golf Club with a blistering 8-under-par 63 on Tuesday.

The course surrendered low rounds the previous two days and the Gators will need one of their own on Wednesday. The scoring average at Tumble Creek is 72.49 entering the final day of competition.

Florida’s season could be down to its last round.

The Gators must play some of their best golf of the season to climb the leaderboard and advance to the NCAA Championship.

Florida tees off at 11:55 a.m. eastern time as Wilkes leads the orange and blue off the first tee. Live scoring will be available at golfstat.com. 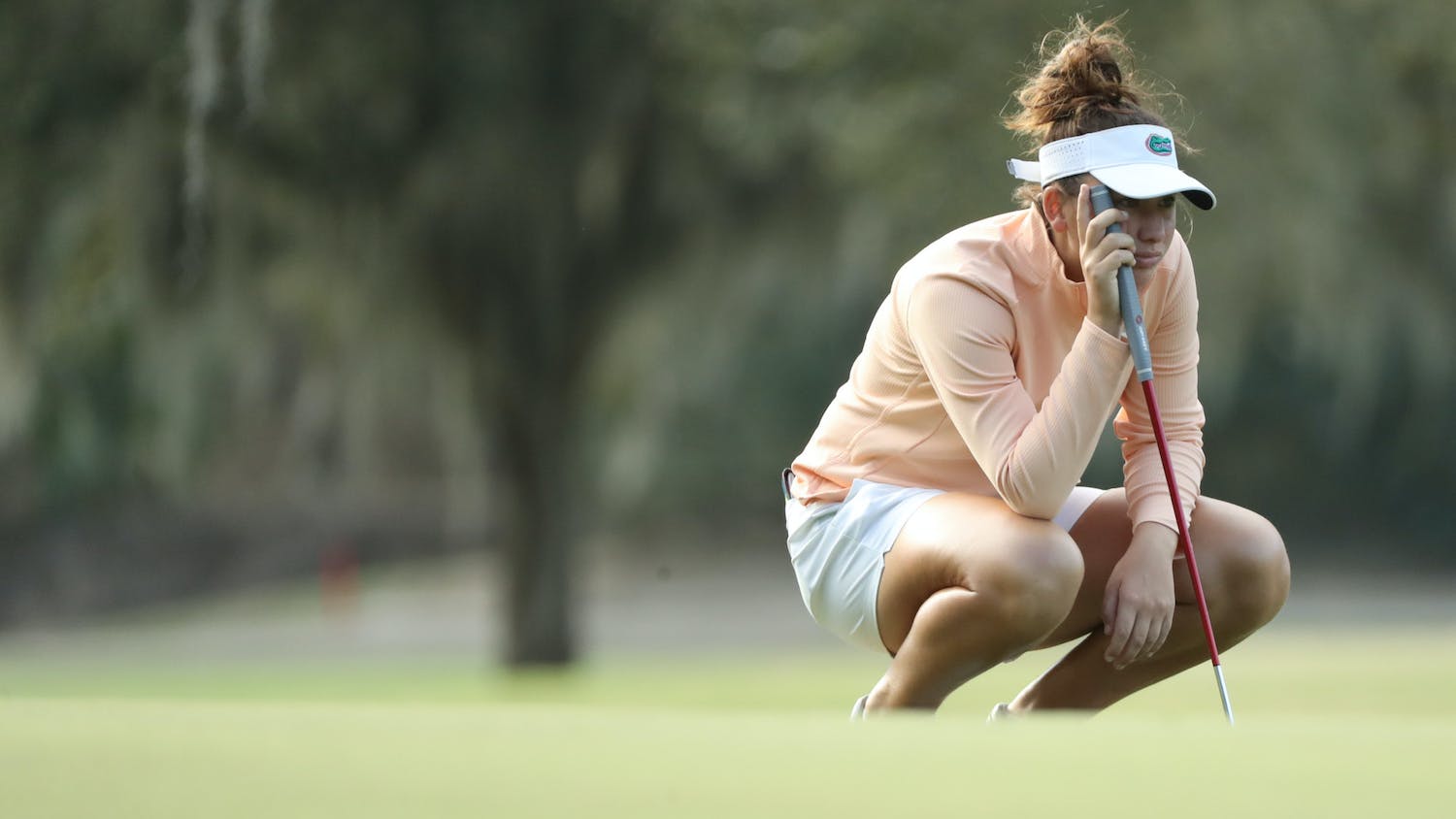 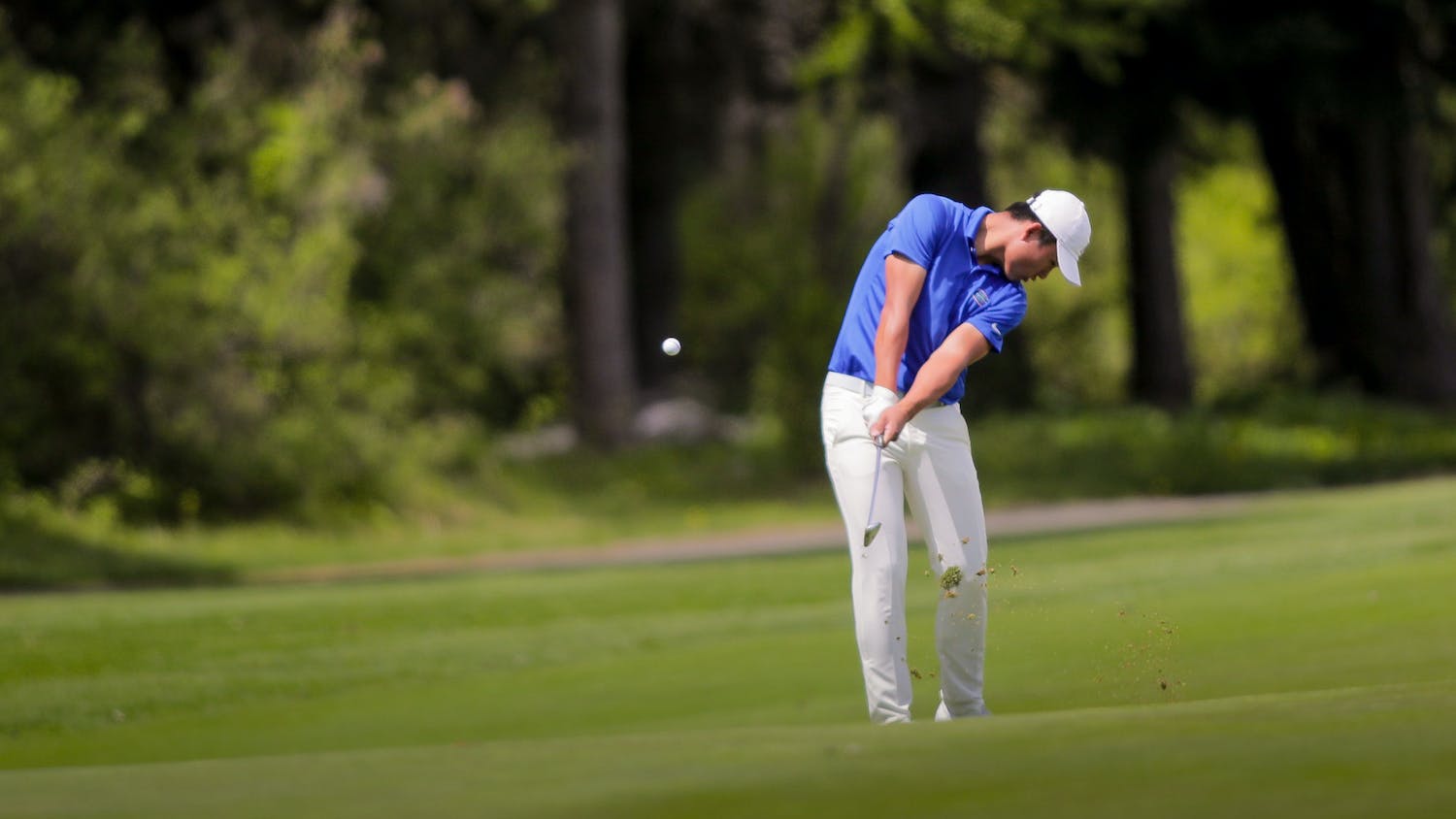