With the crackling sound of black tires on gray gravel, a white limousine crawled to a stop at the in-person graduation ceremony’s stage. An excited graduate had arrived.

After a brief conversation and the flash of a few cameras, Alexander McCollum emerged from the limousine’s sunroof and held a paper scroll that organizers passed to him high above his head in celebration.

With the approval of an organizer, the 19-year-old Associate of Arts graduate pulled off his purple mask for more photos.

McCollum is one of over 250 graduates who chose to roll up to graduation in person at Santa Fe College’s Drive-Thru Grad Walk held under the Jackson N. Sasser Fine Arts Hall awning April 29 and April 30.

“We wanted to do something else and try to have another kind of celebration and recognition for their work,” communications manager Jay Anderson said.

Each graduate was allowed to have two vehicles attend the event with him or her, and both vehicles had to stay together while on campus, according to Santa Fe College’s website.

McCollum shared the limousine with his girlfriend, grandparents, mother, stepfather and two siblings — all of whom were glowing with proud smiles from the inside of the vehicle.

He said he learned he would be attending the drive-thru graduation in a limousine the day of the event.

“I was like, ‘Don’t get a limo. Just bring two vehicles. I’m allowed two vehicles,’” McCollum said. “And then they’re [his family members] like, ‘Yeah, we got a limo anyway.’”

The morning of McCollum’s graduation wasn’t as grand as the ceremony. He said he met his family in a Walgreens parking lot to hop into the limousine and drive to the Fine Arts Hall after studying and taking an anatomy final and strolling through a Publix to buy a Glacier Cherry Gatorade less than 30 minutes before the ceremony.

During the event, graduates exited their vehicles to walk across the stage. They could remove their face masks for photos once on the stage. Sometimes, only the graduate was permitted onto the stage. Other times, with the discretion of the event organizers, parents, friends and family dogs were allowed on the platform with graduates for pictures.

Gift bags containing items like lanyards, pens, pennants and key chains were thrust into graduate hands before they departed for the exit.

“It was just way more of a fun experience than I was expecting,” McCollum said. “It blew my expectations out of the water.”

The Santa Fe colors of white and Saints blue were splashed everywhere as signs bowed with the wind and cars decorated with celebratory signs, metallic balloons and temporary car paint wound around the roundabout.

Mask-clad graduates dressed in sparkling medallions, twirling tassels and swaying honor cords waited their turn to climb out of shining cars to strut to the stage for their graduation walk.

Ayedria Miller, an 18-year-old Associate of Arts graduate, said she was proud to be a first-generation college graduate.

Along with walking across the stage, she said she enjoyed the opportunity provided by the graduation selfie station in the Rock Garden behind the Fine Arts Hall to have photos taken of her and a graduation bear that wore a blue cap and a blue and gold 2021 stole. Her grandmother had gifted her the stuffed animal that day.

Her experience with the drive-thru graduation felt like a flash in time compared to the 75-minute drive from Green Cove Springs to the college, she said.

“I really think they did it the safest way they could,” she said. “And I really appreciate they did anything for us.”

“It was very energizing,” he said. “It kind of brought me back to life to actually be able to see the student leaders and see the graduates and see everybody come together to celebrate at least the best we can.”

Although not required, Carlos Joubert, a 24-year-old Associate of Arts graduate, wore a black cap and gown, a My Brother’s Keeper silk and shining red stole and a black and multicolored scarf that read “Black Grads Matter” over his tailored black, tan and orange plaid suit.

Joubert said he had to visit the hospital the morning of his graduation due to a headache he’d had for a couple of days and blurry vision. However, he was determined to attend the first day of the drive-thru graduation.

“I just wanted to make it here to graduation,” he said. “You know, it is a moment I don’t want to miss. Especially with me, you know, at a point in time wasn’t in school, wasn’t able to take classes, lost financial aid. So it’s a major comeback for me.”

Joubert said his college experience had not been smooth due to factors like working two jobs and having financial difficulties.

While some drove through by car, Gabriella Metelits, a 23-year-old Associate of Science in Nursing graduate, took a different approach. She rode in on her black and silver Yamaha MT-03 motorcycle with red-rimmed wheels in a power white pantsuit and iridescent green high heels on the event’s first day.

“I think a lot of people can appreciate the fun that a bike can offer,” she said. “And, you meet a lot of fun people, have a lot of interesting conversations with different people that you wouldn’t necessarily think to talk to when you’re on a bike. So, I like to bring that energy wherever I go.”

Metelits’ original plan was to have her father ride on the bike with her. But she said she was a bit out of breath after practicing in the parking lot of her place that morning and climbing up and going down the stairs at her home on the third floor.

Instead, Matelits rode solo, proudly and confidently around the college roundabout. Her father followed behind in a subcompact hatchback car, while cameras, smiles and conversation greeted her.

The corners of her eyes creased as she smiled behind her surgical mask, and tears misted her eyes as she descended the ramp when exiting the stage.

“I think it’s really beautiful that they managed to come up with something like this for us,” Metelits said. “And I think it just proves that this school really does care about us.” 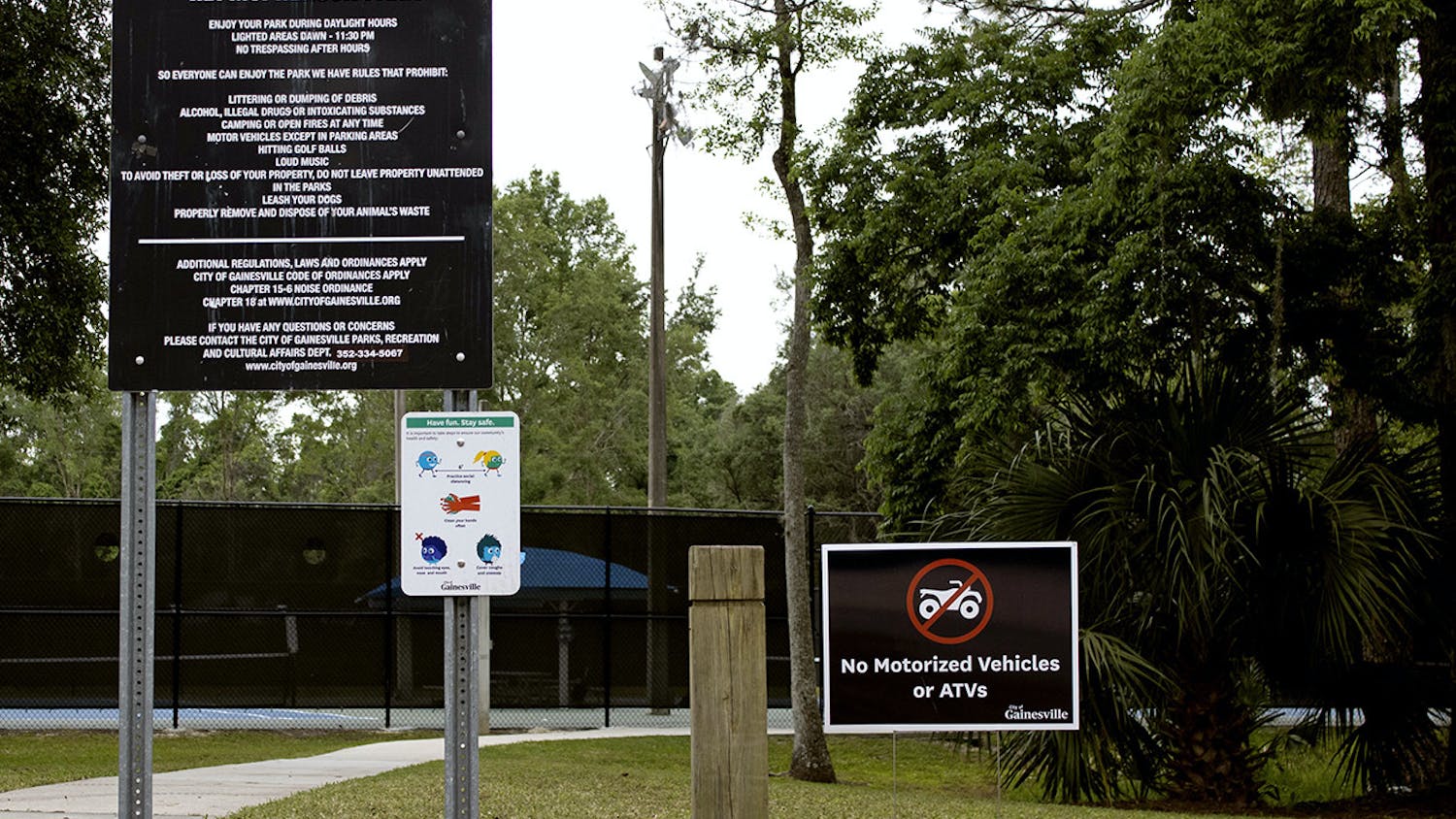