Skip to Content, Navigation, or Footer.
Donate Now
We inform. You decide.
Monday, January 24, 2022
Developing:
The latest news on UF’s barring of professors from testifying against the state
THE AVENUE  |  HEALTH

The talk show’s honest conversations tackle the stigma behind addiction

Marina Sachs is tired of hearing they don't look like an addict.

The SOBERBABY creator identifies as an alcoholic and an addict, but when talking about their experiences, they’re often met with dismissive disbelief — they don’t seem like an addict because they don’t look like one.

The truth, Sachs said, is there’s not a particular ‘look’ to an addict, but stereotypes run deep. Sachs, a UF graduate student in the Master of Fine Arts program, said the perception of addicts is a product of a society-wide stigma, a concept made apparent to them by their conversations with addicts and non-addicts.

SOBERBABY, Sachs’ Instagram Live talk show, was born with the goal of erasing this stigma. The show debuted February 12 with an Instagram post captioned “where it all begins.” Running just under an hour, the first episode featured Sachs flying solo, offering their own experiences with addiction and everything that led to the show’s creation.

Every Friday at 5 p.m., Sachs opens both their home and heart to the featured guest of the week and leads a conversation about their individual experiences with addiction. The relationship between Sachs and SOBERBABY guests is showcased by the shared space they sit in every episode, something they said is vital to putting the show in context.

The talk show/livestream hybrid is often initially incorrectly categorized as a strictly auditory experience by guests and listeners alike. But the show isn’t a podcast, Sachs said. Despite the misnomer, SOBERBABY is currently only available via IGTV.

But each post has a purpose. In candid conversations with friends and family affected by addiction, Sach aims to break stereotypes of the disease one episode at a time.

Sachs’ inspiration for the show stemmed from their sobriety journey, which began three years ago and came with three years’ worth of honest discussions.

“I had some sort of idea where having honest and unfettered conversations with people, things that were usually private and whispered about, things that you aren’t supposed to talk about in public are placed very publicly,” Sachs said.

SOBERBABY started with only Sachs and their cellphone, but the show is gearing up to expand. Custom merch inspired by Sachs’ own designs and other local artists is in the works. A Patreon page is up and running, and episodes are expected to be available on Spotify and other platforms by the end of the month.

With the addition of audio engineer Jenny Alpaugh, SOBERBABY is graduating from its humble beginnings to a more advanced setup. The show now operates with an array of professional audio equipment, priming the content for release on more platforms.

The partnership between Sachs and Alpaugh was forged by chance when the two met at a Swamp City Gallery Lounge pop-up market, where Alpaugh was selling her custom crochet designs. Alpaugh already knew of Sachs from their art, and when Sachs mentioned SOBERBABY, Alpaugh said she was immediately intrigued.

“We’re shooting for the moon, the stars, whatever’s next,” Alpaugh said.

Even in its infancy, SOBERBABY is already touching on topics beyond addiction. Sachs begins every episode providing context of the show with “show notes” — a recap of world issues they said deserve the audience’s attention.

Though SOBERBABY is a lighthearted affair, Sachs said heavier topics are inherently tied to the conversation. Race, class, gender, sexuality and other factors aren’t separated from addiction, Sachs said. Rather, they are integral components in an individual’s experiences with addiction, and Sachs said the issues surrounding them are essential to address on their show.

SOBERBABY’s casual conversations aren’t entirely representative of the darker moments on the journey to sobriety, Sachs said. Incorporating these external factors is their way of adding context to SOBERBABY’s more cavalier approach to addiction.

As SOBERBABY grows, Sachs said they’re growing along with it. Though still touching on past trauma, Sachs said their art, full of vibrant colors and eclectic designs, is now an exercise in professionalism and unbridled joy.

It’s this enthusiasm, along with the deep-rooted desire to make a difference, that carries the future of SOBERBABY — a future Sachs said is limitless.

“I have no other option than to aim as high as possible.”

SOBERBABY is available on Sachs’ Instagram page @marina2mp3. The show streams every Friday at 5 p.m., and past episodes are available via IGTV.

If you or someone you know is struggling with addiction or mental health, call the National Suicide Hotline at 1(800)-273-8255 or the Central Florida Intergroup Alcoholics Anonymous Hotline at (407)-260-5408 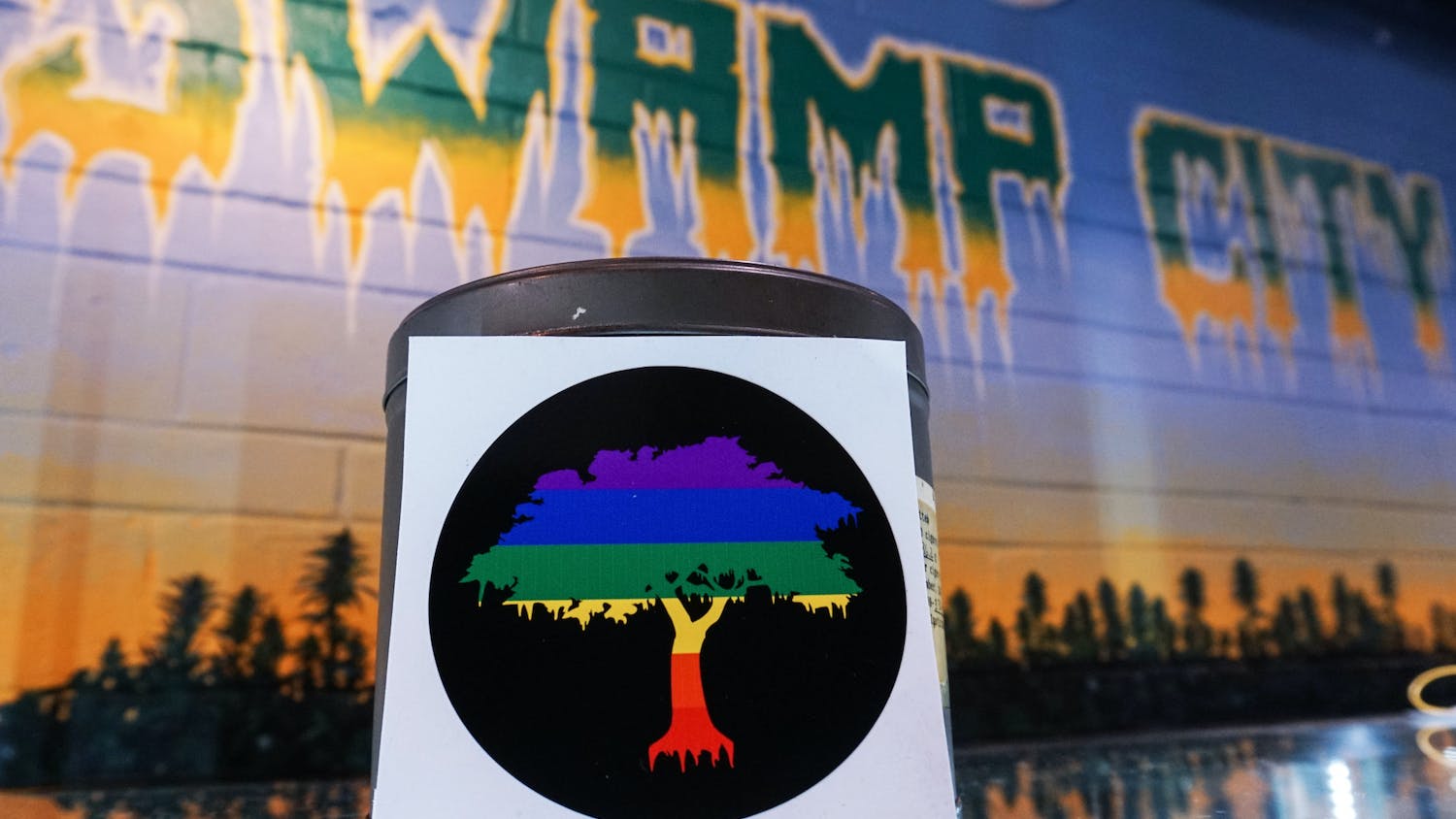