The 10-time NCAA Champion dove into the pool first and took the lead within the opening 15 meters. He finished his opening leg in 47.29 seconds.

“It feels great, we knew there was a huge target on our back,” Dressel said in an interview after the race. “We’re never going to doubt ourselves — that's how Team USA works.”

Dressel tallied his second gold medal of the 2020 Olympics July 28 when he won the 100-meter freestyle, his first individual victory of the Tokyo Games.

He stood atop the podium with a new Olympic record of 47.02 seconds, 0.06 seconds ahead of Australia’s silver medalist Kyle Chalmers. Dressel used his lanky 6-foot-3 frame and strong dive for a 0.60 reaction time to assume command of the race within the first 20 meters.

The former Gator paced the pool once again and notched his third gold medal of the 2020 Tokyo Olympics July 30 in the 100-meter butterfly. He swam a new world record 49.45 seconds, holding off Hungary’s Kristoff Milak by 0.23 seconds.

Dressel launched off the diving board with an astounding 0.60 reaction time off the blocks. He had the lead off the wall at 23 seconds flat, but a long turn allowed Milak to fight back. The Hungarian matched each stroke at the end, but Dressel’s long reach touched the pad first.

The human dynamo swam to gold in the 50-meter freestyle July 31 with a 21.47 time. He outswam Florent Manauduo from France by a staggering 0.48 seconds. Dressel sprung into the race with a 0.63 reaction time but continued to build his lead 20 meters in. He didn’t take a breath the entire race.

Dressel didn’t have much time to bask in Olympic glory as he competed in the 4x100 men’s medley relay less than an hour later. He won his fifth gold medal in the race with a world-record-breaking 3:26.78 time, 0.73 seconds ahead of team Great Britain. Dressel swam the third stroke, the butterfly, in a 49.5-second split.

Dressel wasn’t the only Gator to bring home gold, however.

Current Gator swimmer Bobby Finke took home a gold medal July 28 in the 800-meter freestyle, his first Olympic medal and the second men’s individual swimming gold for the United States in Tokyo this summer. He set a new American record with his 7:41.87 time.

The U.S. representative held steady in fifth place until the final 50 meters, when he surged ahead of Italy’s Gregorio Paltriniera, who dominated the waters for the majority of the race.

The UF junior added to his hardware once again three days later when he hauled in his second 2020 Olympic gold medal July 31 in the 1500-meter freestyle. He raced a 14.39.65 time and out swam Ukraine’s Mykhailo Romanchuk by 1.01 seconds.

The Gator swam behind Florian Wellbrock and Gregorio Paltrinieri throughout the first 350 meters and gained control of third place at the 600-meter mark. He held a constant 1.61 meters per second. He slowed down to 1.63 m/s at the 850-meter mark and maintained the respectable pace for the remaining lengths.

Finke continued to hold tight with Wellbrock and Mykhailo Romanchuk as he sat comfortably in third place for 900 meters.

He then did the unpredictable.

The elite swimmer used all his force and surpassed both Wellbrock and Romanchuk the final 50 meters of the race. Finke finished the final length in an astounding 25.7 seconds. Finke became the first U.S. swimmer to win Olympic gold in the 1500-meter freestyle in 37 years.

“I had to try and race the others,” Finke told NBC. “I was just trying to hold on and get my hand on the wall.”

While Olympic swimming has concluded, the list of Gator accolades has only begun. Current and former UF athletes will compete in events such as golf, baseball and track and field as the games continue into August. 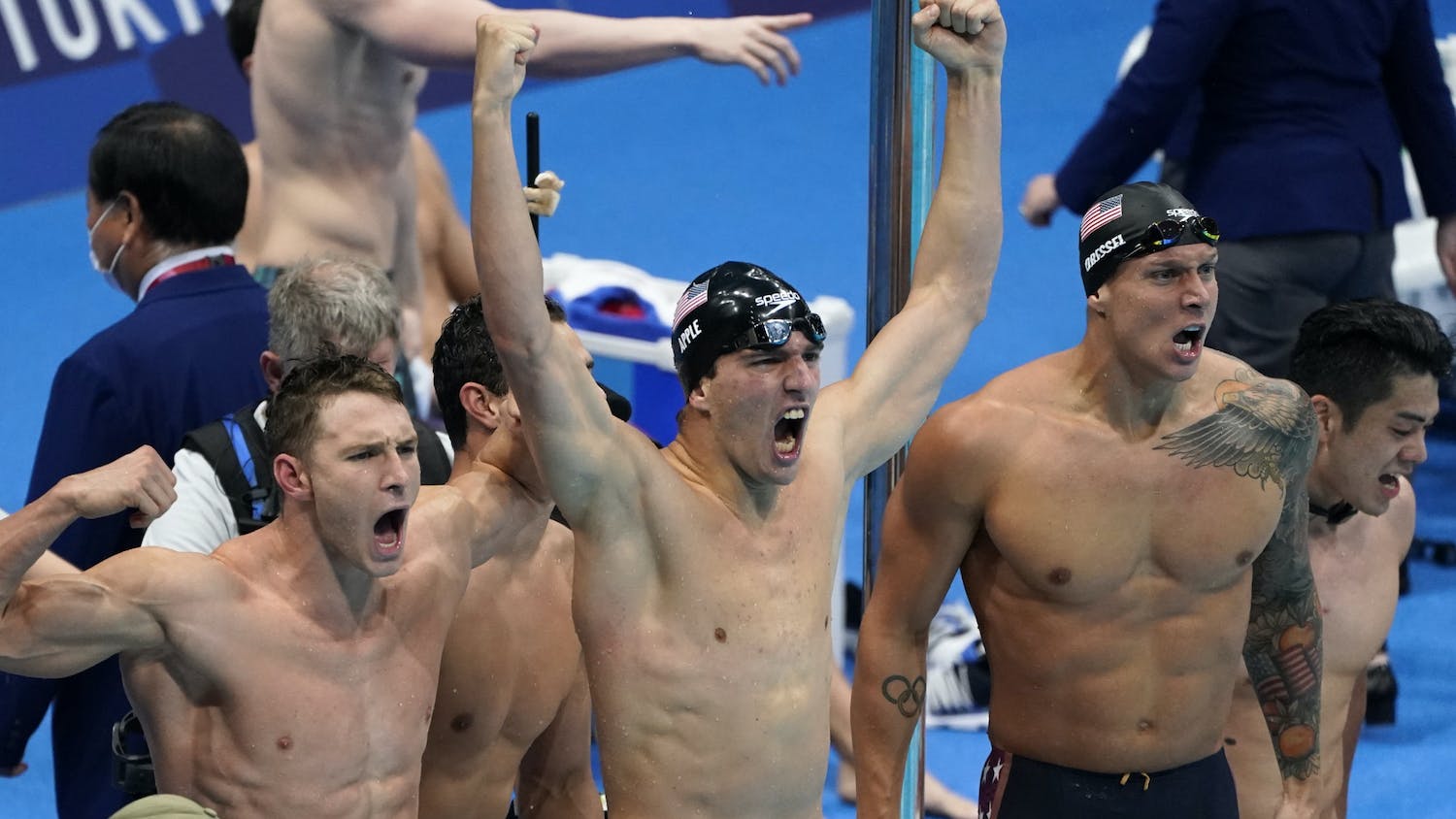 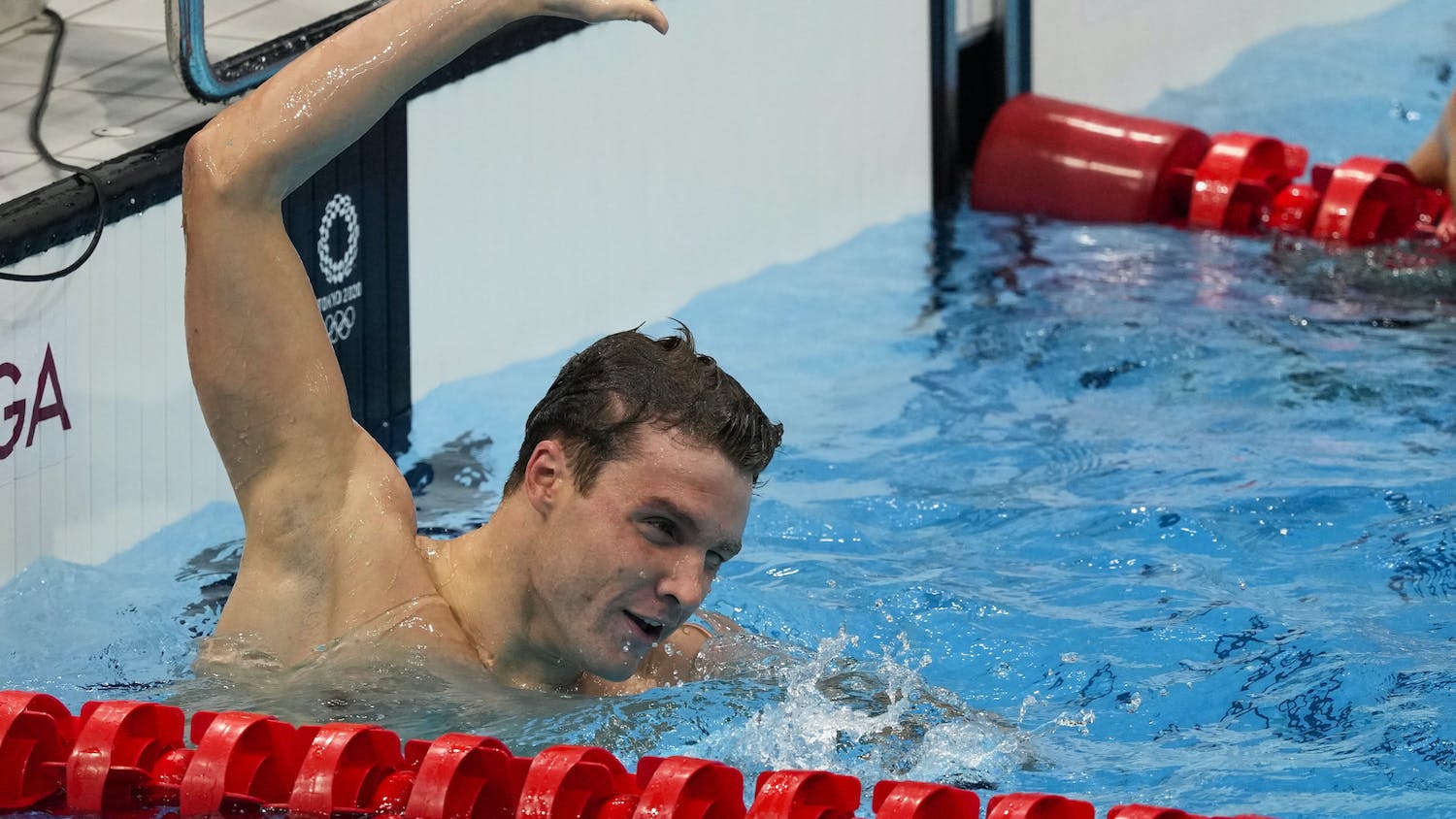 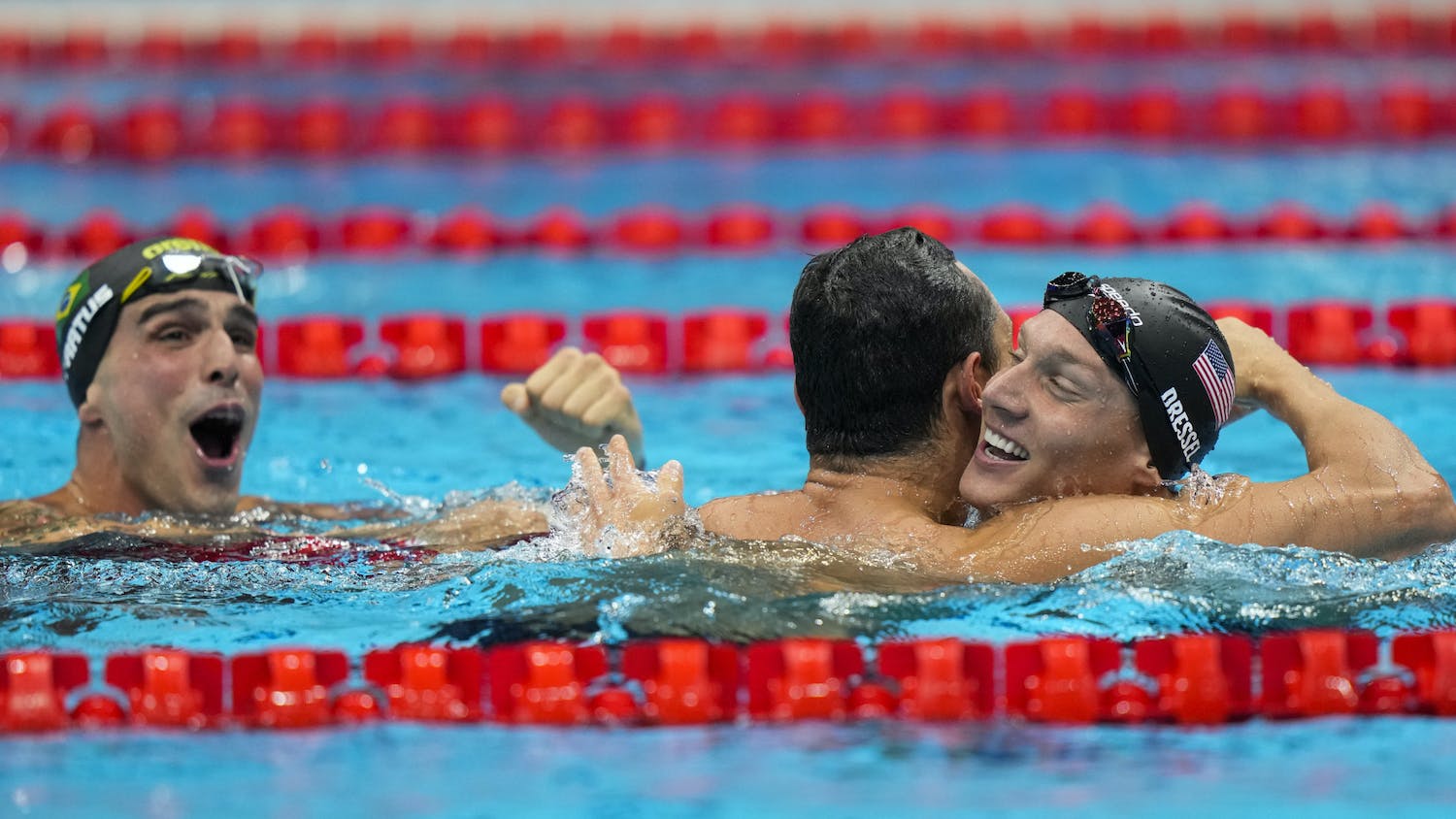