There wasn’t a single butt in its seat when outside hitter Sofia Victoria slammed home the final kill during Thursday night’s Southeastern Conference opener against Mississippi State.

The opening set moved at a blistering pace. At the first timeout, Florida was in control of the scoreboard, 15-11. Setter Marlie Monserez accumulated 14 assists throughout the set, including a nifty overhead pass which led to a thunderous kill from outside hitter Thayer Hall, to continue her setting dominance.

With the Gators’ lead at six, 19-13, Mississippi State head coach Julie Darty Dennis called her first timeout. Florida came out of the stoppage with a 4-1 run, Mississippi State responded with three consecutive points of its own. However, the energy for a full comeback just wasn’t there for the Bulldogs.

Set two got off to a tight start. The score knotted up six times before the first stoppage, a Mississippi State timeout. From that moment on, the Gators hit their grove and sprinted away from the Bulldogs. Florida finished the set on a 15-2 run and the last four Gators points all came from kills by outside hitter T’ara Ceasar.

Despite the Florida assault a put on the Bulldogs in the set prior, Mississippi State started the third set strong, quickly growing a 6-2 lead. The Bulldogs scrapped their way through the entire set, maintaining the cushion on the scoreboard and generating tons of energy off the bench. The 25-16 set win was an impressive bounceback for the Bulldogs, capped off by a kill from middle blocker Gabby Waden, her eighth of the match.

Momentum is a powerful thing, and after a recovery win in the third set, Mississippi State had all of it. The Bulldogs had a handle on the fourth set the entire way, only trailing once in the early going. Outside hitter Lauren Myrick paced the Bulldogs with five kills during the match-tying set. Mississippi State took it 25-18, squaring the match and sending the Gators into their first fifth set of the season.

The final set brought back to life both Florida and the O’Dome. Kills from the trio of Ceasar, Victoria and Hall got the party started. Outside hitter Merritt Beason fed off the energy of her veteran teammates and laid down three consecutive kills of her own to build the Gators lead, 9-3.

Minutes later, an absolute rocket of a kill from Hall made the Gators’ fans erupt, it was match point. The Bulldogs fought off the first two Gators attempts to end the match, the scoreboard reading 14-12. Head coach Mary Wise called a timeout in an attempt to steady her team on the brink of securing the win.

Beason committed an attack error to keep Mississippi State’s hopes alive. The freshman was then subbed out for Victoria, who gave Florida the win when she was perfectly set up by Monserez.

The Gators ended the match with 58 kills, 21 attack errors and a .262 hitting percentage. Ceasar led the team with 17 kills, and Victoria was not far behind with 14 of her own. Monserez totaled 51 assists in the match, and libero Elli McKissock paced the Gators with 31 digs.

Mississippi State pushed Florida to its limits during the five-setter. Wise praised the Bulldogs' ability to step up their performance as the match progressed.

“Especially in that fourth set, [Mississippi State] was siding out at such a high efficiency. They passed so much better than they did in the first and second set,” Wise said. “In the fifth set, that could’ve easily gone either way, I thought their setters did a terrific job.”

Hall was the only other Gator to reach double-digit kills on Thursday with 10.

“It was a total team effort,” Hall said. “In that fifth set, everything started clicking.”

Florida looks to remain unbeaten in conference play when it faces off against the Bulldogs once again Friday night at 7 p.m. 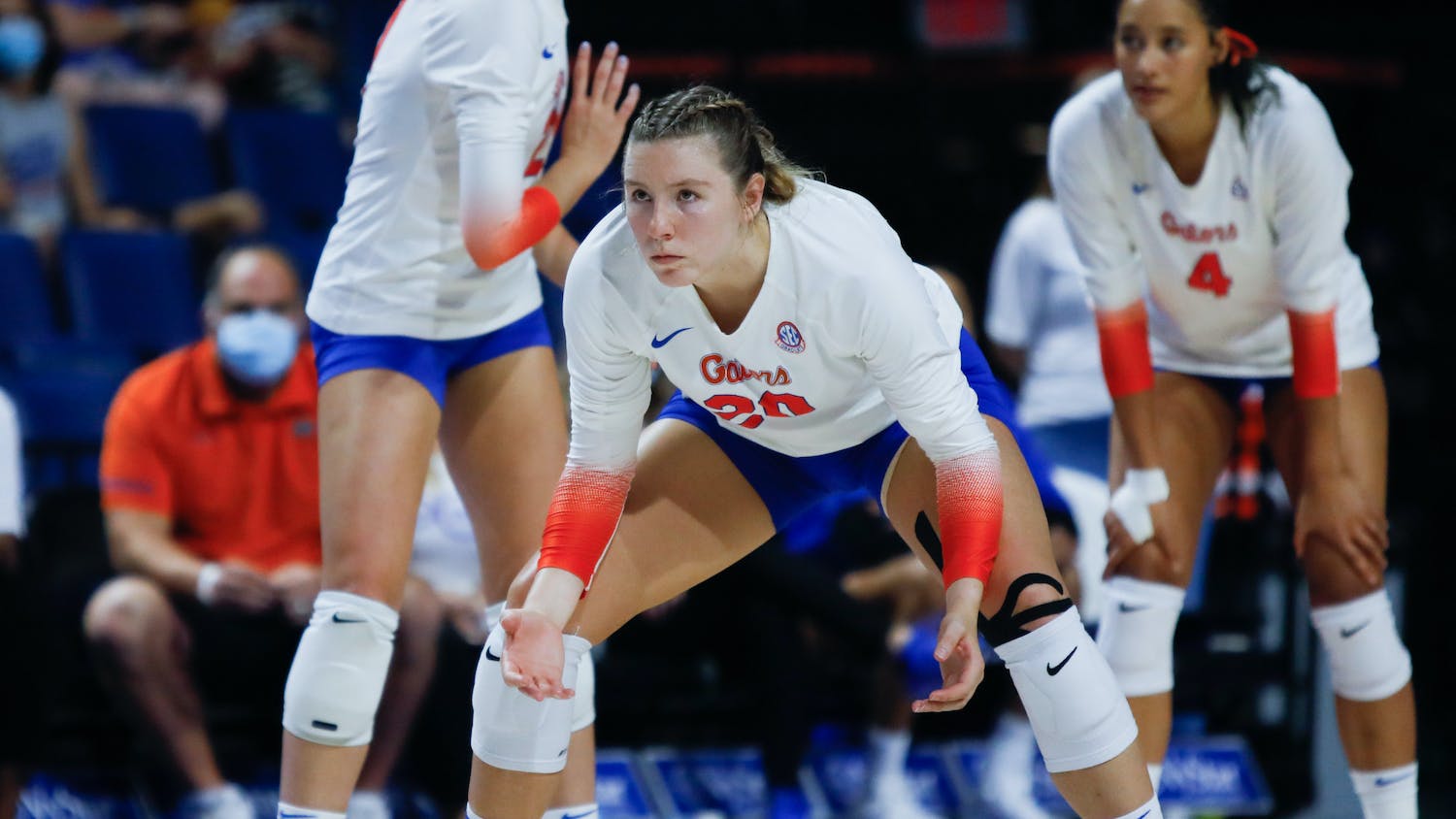 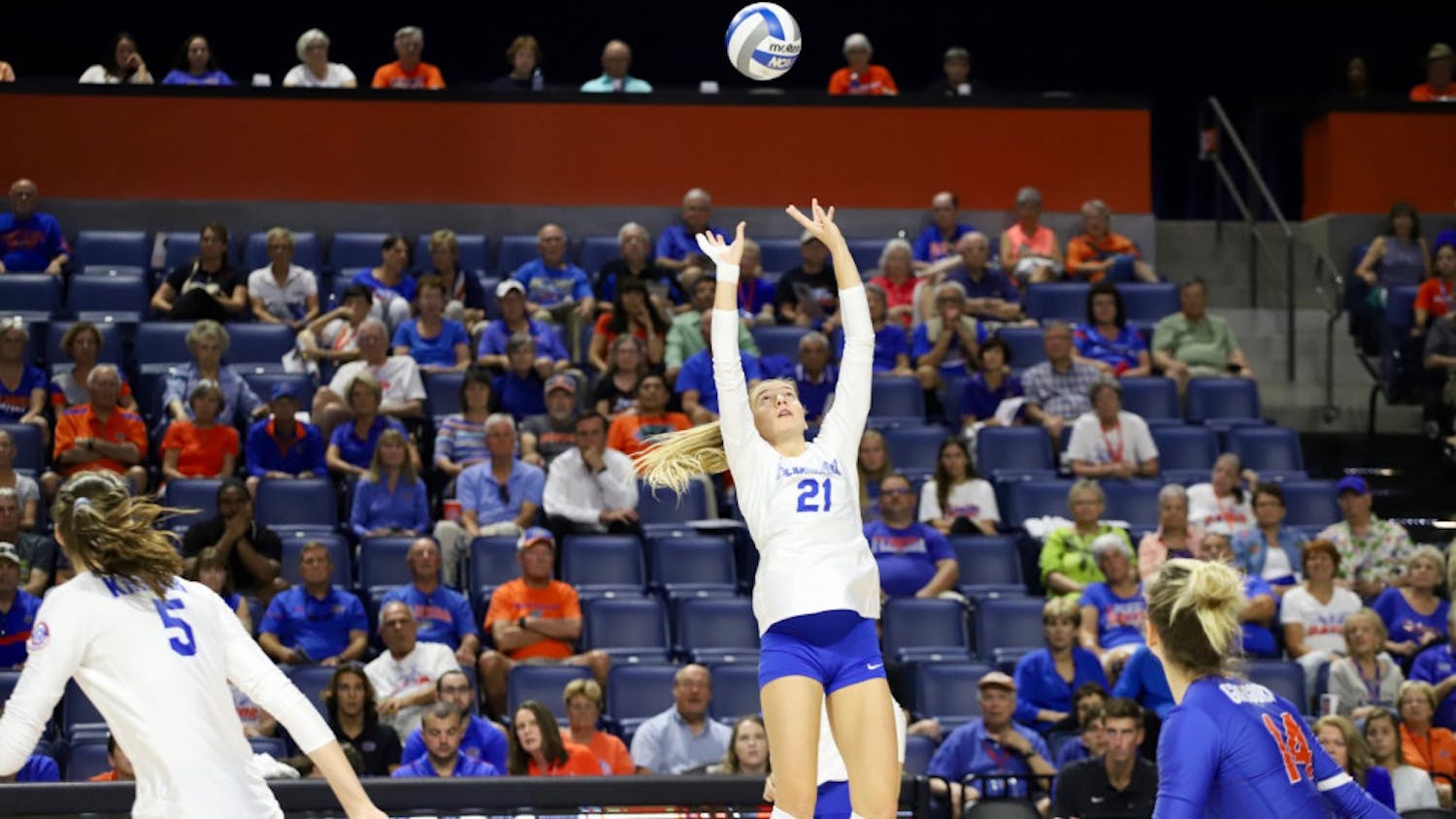