Ryan Haley, Zachary Huber and Michael Hull are back again to make their predictions for Saturday’s game

There is no such thing as a moral victory, but Florida came close after ending up a yard short on a two-point conversion play which likely would have forced overtime versus No. 1 Alabama.

The Gators will have put that game in their rearview mirror as rival Tennessee comes to town this Saturday and tries to steal its first win in The Swamp since 2003.

With kickoff lurking, the alligatorSports football writers share their predictions for Saturday.

Ryan: The No. 11 Gators may have elevated their national status more than any game under head coach Dan Mullen on Saturday, even with a loss. One of my biggest storylines to watch in the country is how they respond in their next three games, and many Florida fans are going to walk into Ben Hill Griffin Stadium on Saturday expecting a blowout of a Tennessee team who lost to Pittsburgh two weeks ago.

If the Volunteers have prided themselves on one thing, however, it’s tempo. Tennessee ran over 230 plays in its first three games, averaging just under 78 per game. In comparison, Florida’s tried to play fast themselves and averaged just under 74 (221 plays total). The difference sounds small on paper, but expect UT head coach Josh Heupel to turn the dial to 11 in any attempt to catch Florida’s defense off-guard.

Tennessee’s rushing offense and Florida’s rushing defense might truly be an instance of unstoppable force meets immovable object. The Gators allowed 2.6 yards per rush on 106 opposing attempts through three games, including just 91 rushing yards for No. 1 Alabama on Saturday. Tennessee rushed for 669 yards at 4.6 yards per clip in its first three games, including 331 yards and four touchdowns on a staggering 64 attempts against Bowling Green three weeks ago. The UF defense has been tested more than the Volunteers offense, but the winner of that battle determines how tight the game is.

I think Tennessee’s tempo will initially surprise Florida a little bit, maybe leading to an early touchdown or Florida leading by one possession late in the first half. However, the Gators defense showed remarkable strength adjusting to the Crimson Tide, and I think the trend continues. UF’s rushing offense rolls over its rivals and the rushing defense proves once again it’s for real. Florida wins, 34-17.

Zachary: Officially, this can’t be considered a trap game for Florida because it still lost by two points to the Crimson Tide last Saturday. But the Gators have to feel good and confident about almost knocking off the No. 1 team, causing them to let the guard drop.

Mullen said after the game that he looked forward to how his team would respond in practice Monday after the game versus Alabama. He told media on the SEC teleconference Wednesday that it was one of the better practices his team has had, even though Mullen was concerned about how quiet they were.

Mullen and Florida could also get backup quarterback Anthony Richardson back this weekend. He said he thinks Richardson will be ready to go versus the Volunteers.

The key for the Gators to dodge the upset is to get their ground game churning again and for starting quarterback Emory Jones Jones to take care of the ball. They sit second in the country with 335.7 rushing yards per game, according to NCAA.com.

Tennessee isn’t too shabby toting the rock, either, ranking fifth in rushing offense. But its passing game has sputtered under transfers Milton and Hooker, and the two have combined for five fumbles.

I believe Florida will come out sluggish to start the game but will quickly settle in and pull away to win 31-14 to advance to 3-1 on the season.

Michael: I can see how people think this a trap game. I get it: Florida is coming off an emotional, two-point loss to Alabama and could easily overlook the Tennessee Volunteers. If the Gators start off slowly and play sloppy football, then who knows what happens. I don’t think they do, though. Mullen will have his team fired up and ready for the rivalry game in The Swamp.

Jason Wyrick, the executive producer of Rock Solid Sports at UT’s student radio station, WUTK Radio, and Josh Lane, the sports editor of Tennessee’s student newspaper, Daily Beacon, both made it obvious that this Volunteers team is built on its running game. The Vols boast two stud running backs in Tiyon Evans and Jabari Small, and both Hooker and Milton are mobile as well. It’ll be a battle of strength on strength, as Florida’s run defense is the pride of that side of the ball.

Heupel’s offense also, as Ryan pointed out, has a need for speed. The Vols rank 13th in plays-per-game and should look to continue that up-tempo offense against a Florida defense that really hasn’t faced anything like that so far this season.

This game comes down to Jones, in my opinion. The Florida quarterback needs a strong performance to firmly put an end to the cries for Richardson, and he has a chance to do that against a vulnerable UT secondary. Tennessee has allowed the third-most yards per game through the air in the SEC so far this season.

In the end, the Gators will be able to hit on more big plays through the air and come out on top, 35-17. 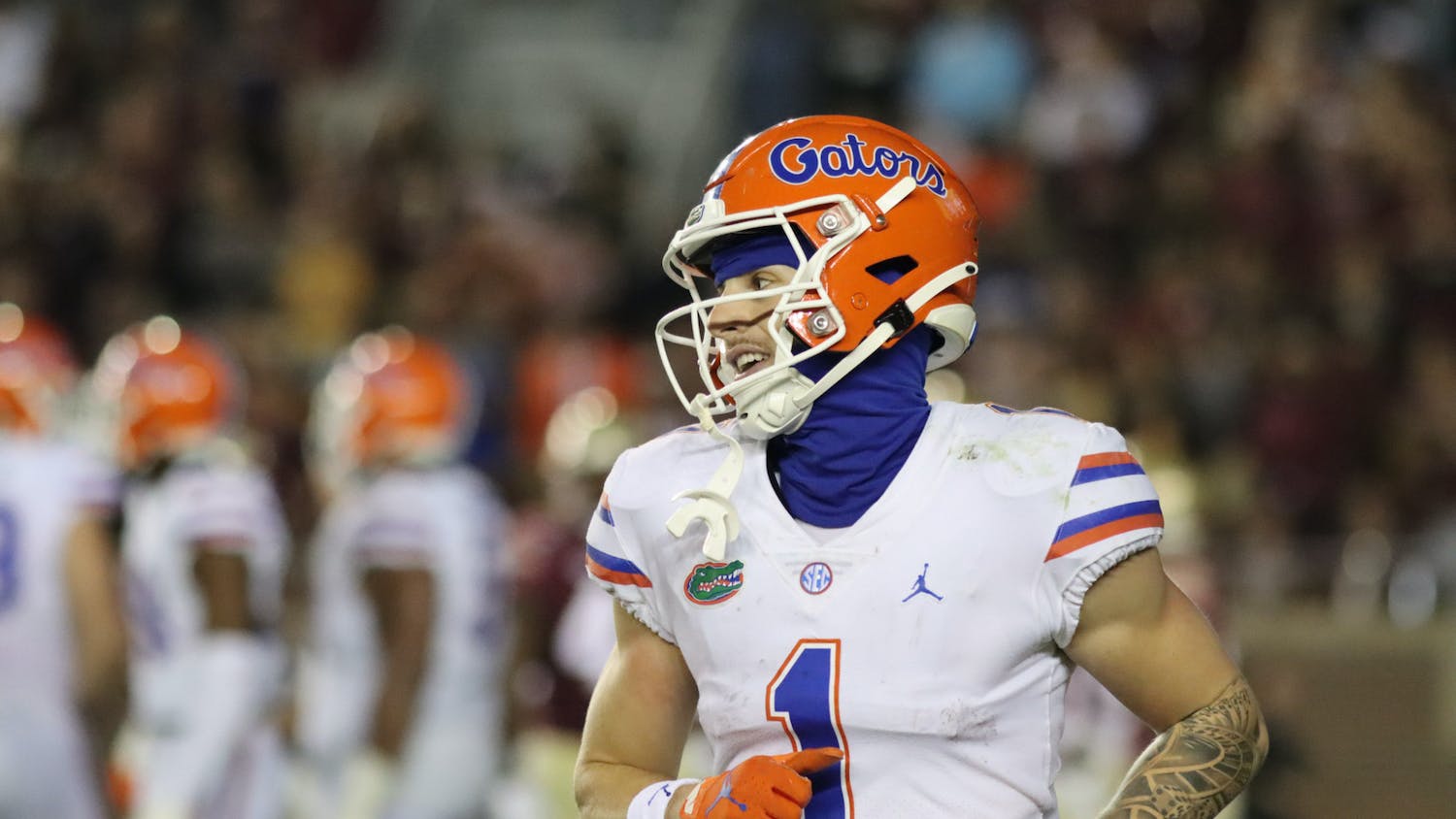