Gators notch 2-1 away win versus Bulldogs in Starkville

Florida’s match against the Bulldogs got off to a fast start as both squads found early chances. The Bulldogs registered the first three shots of the match with one on goal, forcing sophomore goalkeeper Alexa Goldberg into a comfortable save.

The Gators worked the ball into the final third, but struggled to create solid chances in the first twenty minutes. This lack of end product has become customary for the Gators, and Mississippi State capitalized on the trend to neutralize Florida’s attack through the first half.

But head coach Tony Amato found his difference-maker in Starkville.

Junior forward Kouri Peace checked into the game and immediately became a spark plug. After a few dangerous runs, Peace produced magic. A seemingly benign cross to Peace outside the box drew two defenders, she headed the ball over the top and directly into Loferski’s feet.

Loferski capitalized perfectly, slotting the ball into the right corner to give her Gators the lead.

Florida’s confidence only grew in confidence after Loferski gave them a rare first-half goal.With ten minutes remaining, Eaton-Collins doubled the Gators advantage with a perfectly orchestrated corner kick. She jumped high into the air to pick out her teammate's cross and fire the ball into the top right corner.

Mississippi State wasted no time getting back into the game, and the recently substituted forward Hailey Farrington-Bentil halved the Gators lead with an overpowering solo effort that left Goldberg little chance.

A half which initially looked destined to end scoreless produced three goals in rapid succession. Florida recorded just two shots on goal, but converted them both to secure a 2-1 lead at the midway point.

The Gators and Bulldogs both started the half methodically, holding possession for longer spells and slowly creating chances. Goldberg continued her strong form, earning her fourth save of the match early in the half to maintain Florida’s goal advantage.

Bulldog keeper Maddy Anderson was forced into a couple of uncomfortable saves, but matched Goldberg’s tenacity between the sticks to keep her team in the match.

Florida was effective in killing the second half, allowing few chances whilst preserving the lead. The Gator attack created few opportunities of their own in the second half, but with the lead in hand, it didn’t matter.

The Gators left Starkville with a crucial conference win against the Bulldogs, their second in just three SEC games.

Florida takes the field next at Donald R. Dizney Stadium against Mississippi on Oct. 3 at 7 p.m.

Support your local paper
Donate Today
The Independent Florida Alligator has been independent of the university since 1971, your donation today could help #SaveStudentNewsrooms. Please consider giving today.
Popular
Gainesville burger pop-up raises close to $30,000 from customer investments
Florida preparing for Death Valley without Blades
Alachua Habitat for Humanity relocates its ReStore
Gators geaux down: LSU upsets No. 20 Florida 49-42
Florida competes in first ITA Regional Championships since 2019
Tweets by alligatorSports
Calendar
No events at this time.
Submit an event
More 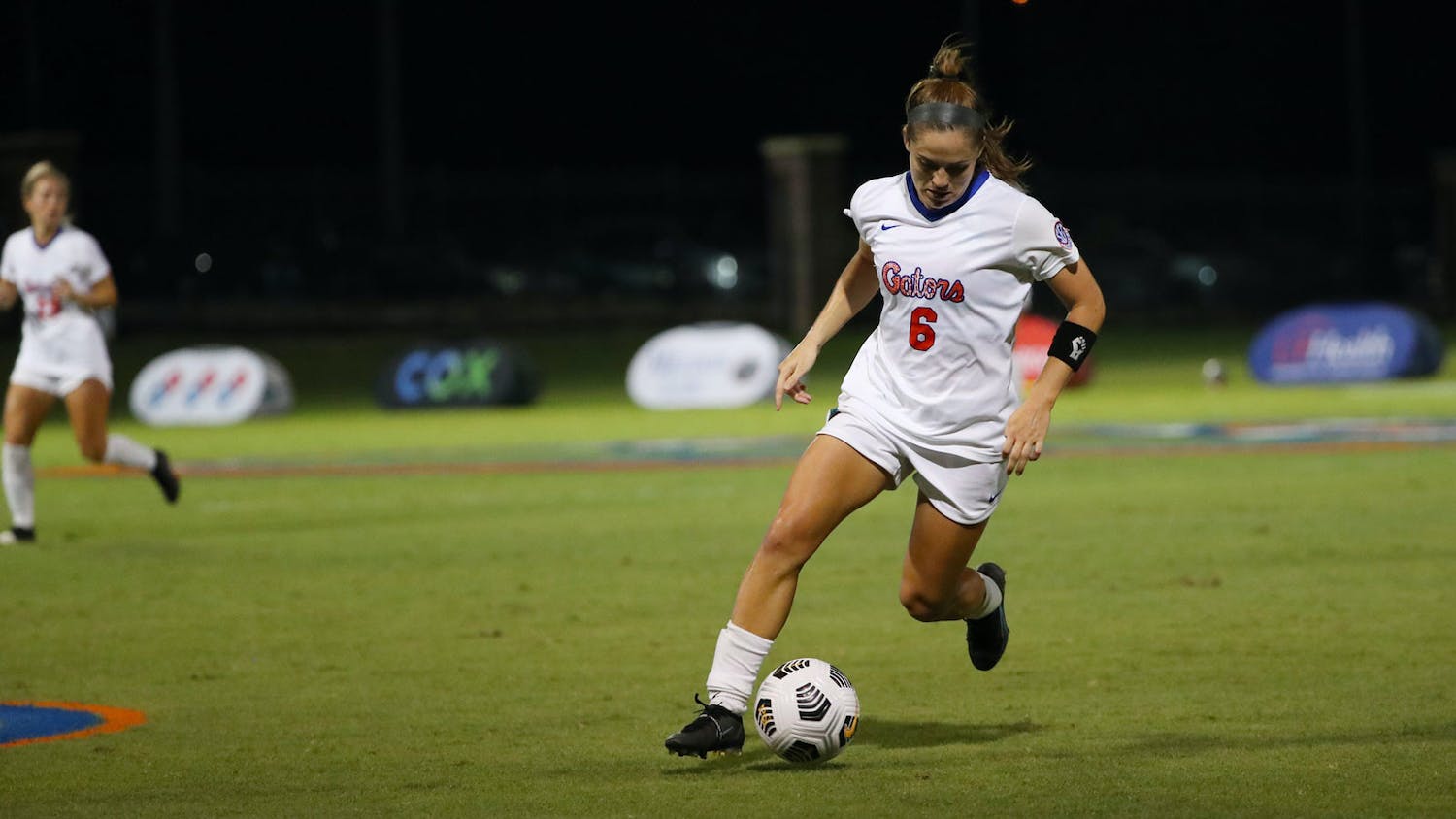 Florida downed by No. 23 Auburn

Florida looks to upset against No. 23 Auburn