After a stunning loss to the Kentucky Wildcats, the Florida Gators look to get back on track Saturday in The Swamp against the Vanderbilt Commodores. I asked Justin Hershey, sports editor of the Vanderbilt Hustler, a few questions about Saturday’s matchup.

Vandy obviously had a big win last week over UConn. What impressed you most in the victory and how can the Commodores attempt to keep momentum going into Saturday?

Hershey: The main thing that was impressive about Saturday’s game was simply that Vanderbilt pulled out a win. Hardly anything in this matchup between two struggling teams was all that impressive from a fundamental or technical standpoint, but Vanderbilt victories this season should be praised because this is a roster that has been completely depleted. Clark Lea is a first-year head coach who lost 20-plus players from an already 0-9 squad from last year. The talent base isn’t quite where it needs to be this year, but two wins over the first five weeks is not something to laugh at for this group.

If I had to choose one single thing, I’d say the play of wide receiver Will Sheppard was very impressive. He’s only a sophomore and wasn’t incredibly touted out of high school. However, he has emerged as quarterback Ken Seal’s favorite target and caught two touchdowns this past weekend against UConn.

What’s the identity of this Vandy offense? What’s its biggest strength and biggest concern?

Hershey: This is a great question that I don’t even have the answer to — and I don’t think this coaching staff does either. Just a few weeks into fall training camp, play-calling duties were stripped from first-year offensive coordinator David Raih and given to quarterbacks coach Joey Lynch. Needless to say, the offensive game plan has really varied so far this season. Both Seals and backup Mike Wright have taken a fair amount of snaps, but the problem is they are incredibly different. Wright is much more similar to Emory Jones in the sense that he is a run-pass option and dual threat guy, whereas Seals is a sit-in-the-pocket quarterback who needs time to find his receivers. With two really different styles, this team hasn’t exactly cemented its offensive identity. One thing that will surely be relied upon, however, is the short passing game. The Vanderbilt receiving corps — Sheppard, Chris Pierce and Cam Johnson, among others — are really strong in the 8-12 yard passing game. Seals has really been the guy the past two weeks, so expect him to look for a lot of quick curls and slants.

The most concerning thing about the team’s offense is the running game and the play up front. Running back Re’Mahn Davis went down for the season in Week 3 and has left the backfield very light. Rocko Griffin has been solid, but against a massive Florida front seven, I would struggle to predict much rushing success for the Commodores this week.

How do you think the Commodore defense will hold up against Florida’s rushing attack? How can Florida exploit the Vandy defense?

Hershey: The Vanderbilt defense has been incredibly mediocre this season. Not horrible, but really nothing to get excited about. There aren’t too many guys with big play potential, and the team still only has two sacks on the year. Jones will be a real problem for this group. It’s a young defense without a lot of big bodies up front, and Jones will be able to find his spots on the ground. The Commodore tackling has been a lot better under the new staff, but few of Vanderbilt’s defensive linemen will be able to really keep up with Jones. A heavy dose of the running game should do it for Florida this week.

How has Clark Lea’s first year as head coach gone so far, in your opinion? What does he have to do in order to have success in the SEC

Hershey: This is a tough question because if they hadn’t come out super flat in Week 1 against ETSU, they would be sitting 3-2 through five weeks, which would have been an incredible accomplishment. Instead, they sit at 2-3 and prepare for a grueling SEC slate against teams they really aren’t fit to compete with right now. Thus far, Clark Lea is really still figuring out how to be a head coach. He is figuring out how to make the right in-game decisions, what to do on the sidelines, how to raise energy in the locker room, and how to manage his coordinators. As far as the SEC schedule goes, winning a game would be a true accomplishment. They might have some chances later in the year, but for now, the focus has to be internal. Lea continuously speaks with media about how they have to control what they can control. Executing to their standards off the field and in practice is as important as final results for this program. He has basically said this is a completely new program and that they are building it from scratch, so there is a lot of work yet to be done.

What are your expectations for Vanderbilt the rest of the way?

Hershey: I expect a few tight SEC games. I don’t expect a win based on what I have seen this year, but to play the mid-tier SEC teams competitively would be a noble accomplishment for Lea and many of his young guys. Building confidence in his team that they belong will be essential, and I expect Lea to be able to do that down the stretch of the SEC season.

Who is one X-Factor for Vandy on the offensive and defensive sides of the ball?

Hershey: Sheppard is a name to look out for on offense. He caught two touchdowns this past weekend, had three in Vanderbilt’s spring game earlier in the year and has emerged as a really go-to target. Defensively, linebacker Anfernee Orji has been impressive this season. He led the team in tackles last year and second on the team so far this year.

Who is one player that Florida fans should be aware of, whether for their play or their story? Kind of an underrated player to keep their eye on?

Hershey: One guy to be aware of would be linebacker Elijah McAllister. He missed all of last season due to injury but has emerged as one of the real leaders on this team since Lea arrived. Despite being a starter early this year, he has begun losing snaps and trailing off. I’m looking for that to change very soon. At some point, he is due to break out. 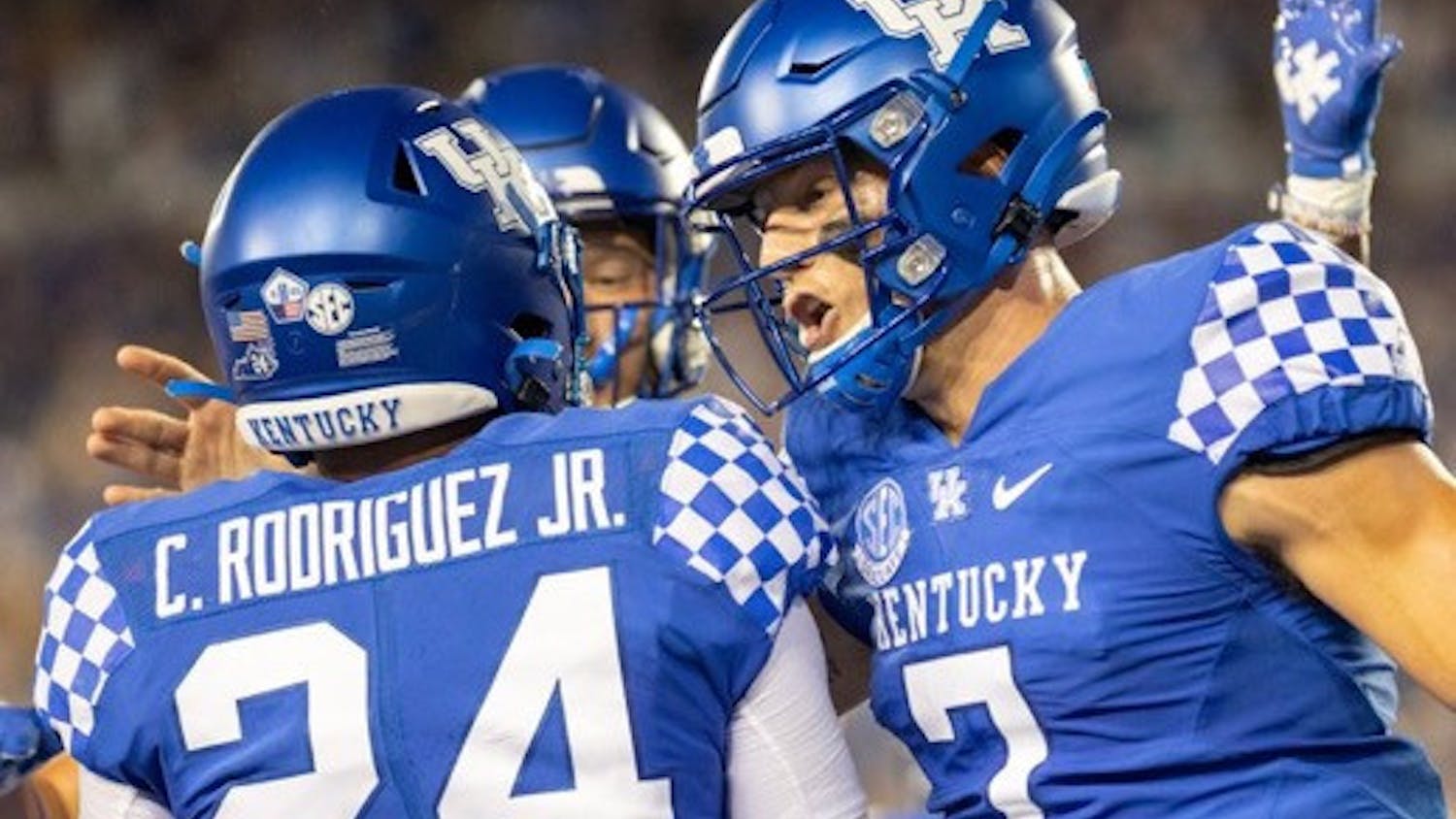