Florida football won its first game in five weeks against Samford a week ago, and the Gators look for another landmark victory this Saturday in Columbia, Missouri: their first road conference win.

UF and Missouri both sit one win from bowl eligibility, and The Alligator’s football writers decide whether the Gators leave with their sixth victory of the year.

Ryan: If you’d told me in September that Florida would ride into Columbia in search of bowl eligibility, I think I would have laughed.

On paper, Florida should easily dispatch this Missouri team, but that’s been a running theme this season for the Gators (see: LSU, South Carolina). The battle is going to be won on the ground, and the season-long numbers point orange and blue. Missouri averages 248.8 opposing rushing yards per game, and over half of their first downs allowed this season have come on the ground. Five of the Tigers’ seven Power 5 opponents broke free for north of 250 yards rushing.

Florida, on the other hand, sits 10th in the nation and third in the SEC with 227.6 rushing yards per game. The Gators’ backfield Hydra amassed more than 200 yards rushing in five of their 10 games this season, including two conference foes, and five Florida players own more than 300 yards via their legs.

Once trends are taken into account, however, the matchup becomes less lopsided. Missouri’s two games holding a P5 opponent under 250 have come over the last two weeks, holding No. 1 Georgia to 168 yards before halting South Carolina for just 57. In their past three games, the Tigers have run wild, with 663 yards against a trio of SEC foes.

The Gators, meanwhile, haven’t put together more than 200 yards against a P5 opponent since Tennessee in September. Each of Florida’s three previous games against SEC teams have yielded its three lowest rushing totals of the season, including a paltry 82 yards on 26 carries against South Carolina. The Gators managed an average of 146.6 rushing yards per game over their last five conference games.

Like most of Florida’s games this season, this battle will be won in the trenches. Unlike most of the season, however, Florida may not have the advantage. Add in that the Gators are 0-4 away from home in the conference this season, and this might spell disaster.

Michael: Look. The Florida Gators are a bad football team right now, there’s no debating that. No matter what Dan Mullen wants to say, having to come back from two touchdowns down against Samford is a bad optic. Giving up 52 points to Samford? Also bad. The defense is in absolute disarray, allowing at least 34 points in four straight games. In those four games, Florida has allowed 228 rushing yards per game, including 321 against LSU and 284 against South Carolina. Enter Tyler Badie.

Missouri’s lead running back has tallied an SEC-leading 1,239 yards on the ground so far this season and averages 6.2 yards per carry. Badie can do it all on the football field: He can run outside and between the tackles, and his pass-catching ability is nothing short of elite. The senior leads Mizzou in receiving touchdowns (four) and is third in receiving yards (337). With respect to the likes of Chris Rodriguez Jr. and Zamir White, Badie is the most impressive running back the Gators have faced this season. The same Florida defense that allowed a school-record 287 rushing yards to LSU running back Tyrion Davis-Price will have its hands full with Badie all afternoon.

Now, Missouri’s defense is just as poor as Florida’s statistically, allowing 35.9 points per game. However, the Tigers are coming off their best defensive performance of the season against the Gamecocks, allowing just 57 rushing yards and scoring a defensive touchdown on a fumble recovery. Yes, it’s the same South Carolina team that ran Florida over a week prior.

While Florida should have success on the ground, this game comes down to the performance of Emory Jones. If the Jones that showed up against Samford shows up in Columbia, Florida will win. However, we have more evidence than not that last week was an exception rather than a rule. I do think Jones has success, but it may not be enough to overcome Mizzou’s high-powered rushing attack.

Florida is currently a nine-point favorite as of this writing. Fun fact from The Maneater’s sports editor Kyle Pinnell: Missouri was one of the last teams in the country to cover the spread this season. The Tigers covered the 40-point spread against the Georgia Bulldogs two weeks ago — they lost by 37 — and won outright as home underdogs against South Carolina last week. So, it is risky to bet on Mizzou, but, if I were a betting man, that’s the way I would lean. Oh, also the over/under for this game is 69: Hammer the over.

In the end, I think Missouri comes out on top, forcing the Gators into a winner-take-all style matchup with the Florida State Seminoles next week.

Zachary: I don’t know what version of Florida will show up on Saturday versus the Tigers in Columbia. The only thing that has been consistent about the Gators is their inconsistency.

Their definite high of the season was only losing to now-No. 2 Alabama by a 2-point conversion. Since then, they have been in a tailspin, finding new ways to hit rock bottom every week. Looking at coach Dan Mullen’s team over the past month, I’m not inclined to believe that good Florida shows up after getting shellacked by South Carolina and allowing 52 points to Samford.

The Gators defense has also allowed 43.75 points and, as Michael detailed, surrendered 228 rushing yards per game over their last four games. Missouri has the best running back in the SEC, statistically, in Badie, who averages 6.2 yards per carry, which doesn’t bode well for Florida.

The Tigers defense is just as porous as the Gators, but it’s Senior Day and a home game that should make Missouri the more motivated team. For Florida, this game comes down to Jones. Can he have another turnover-free Saturday and play lights out?

History says no, and I’m riding with Missouri Saturday to come out on top. 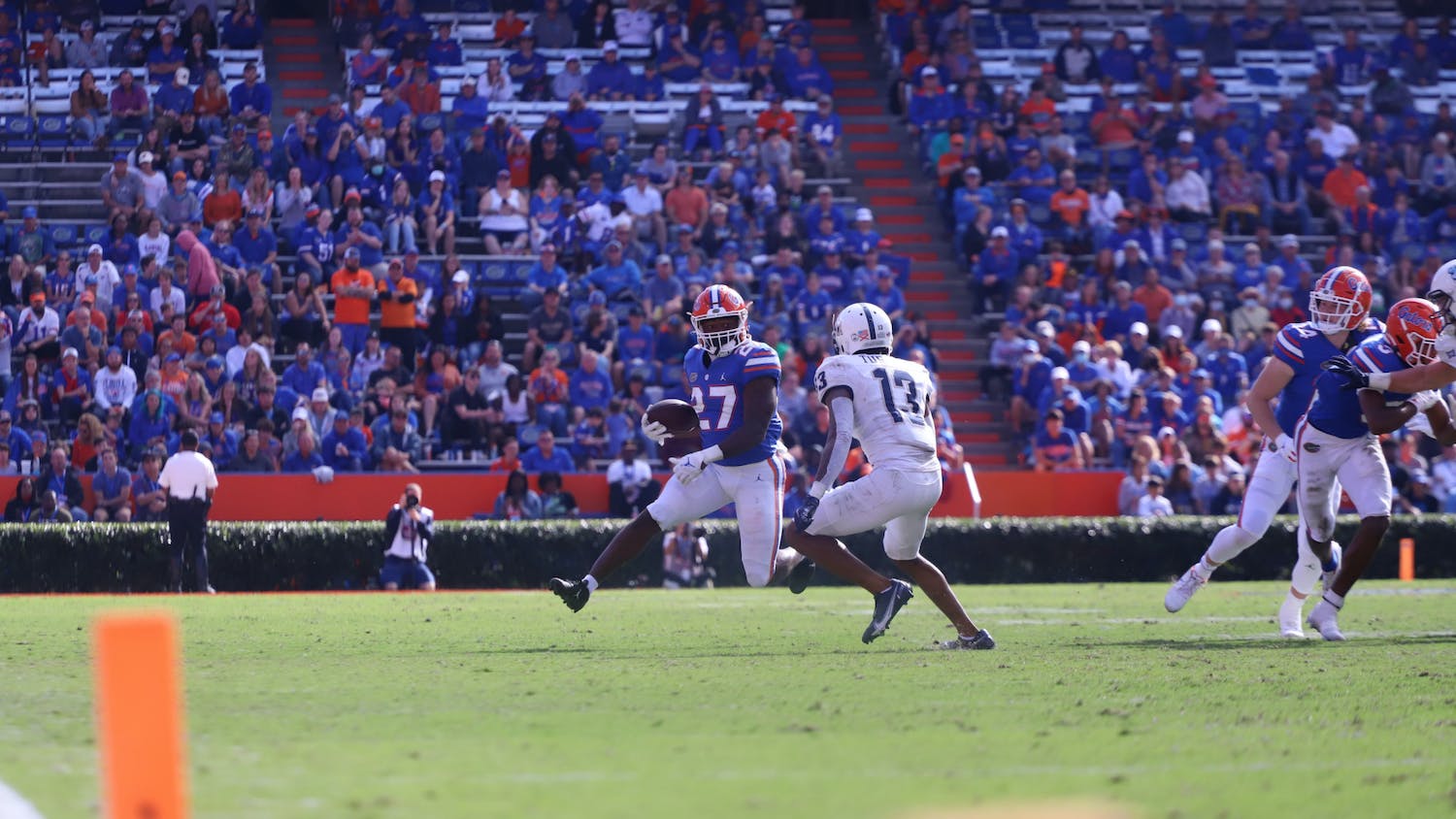 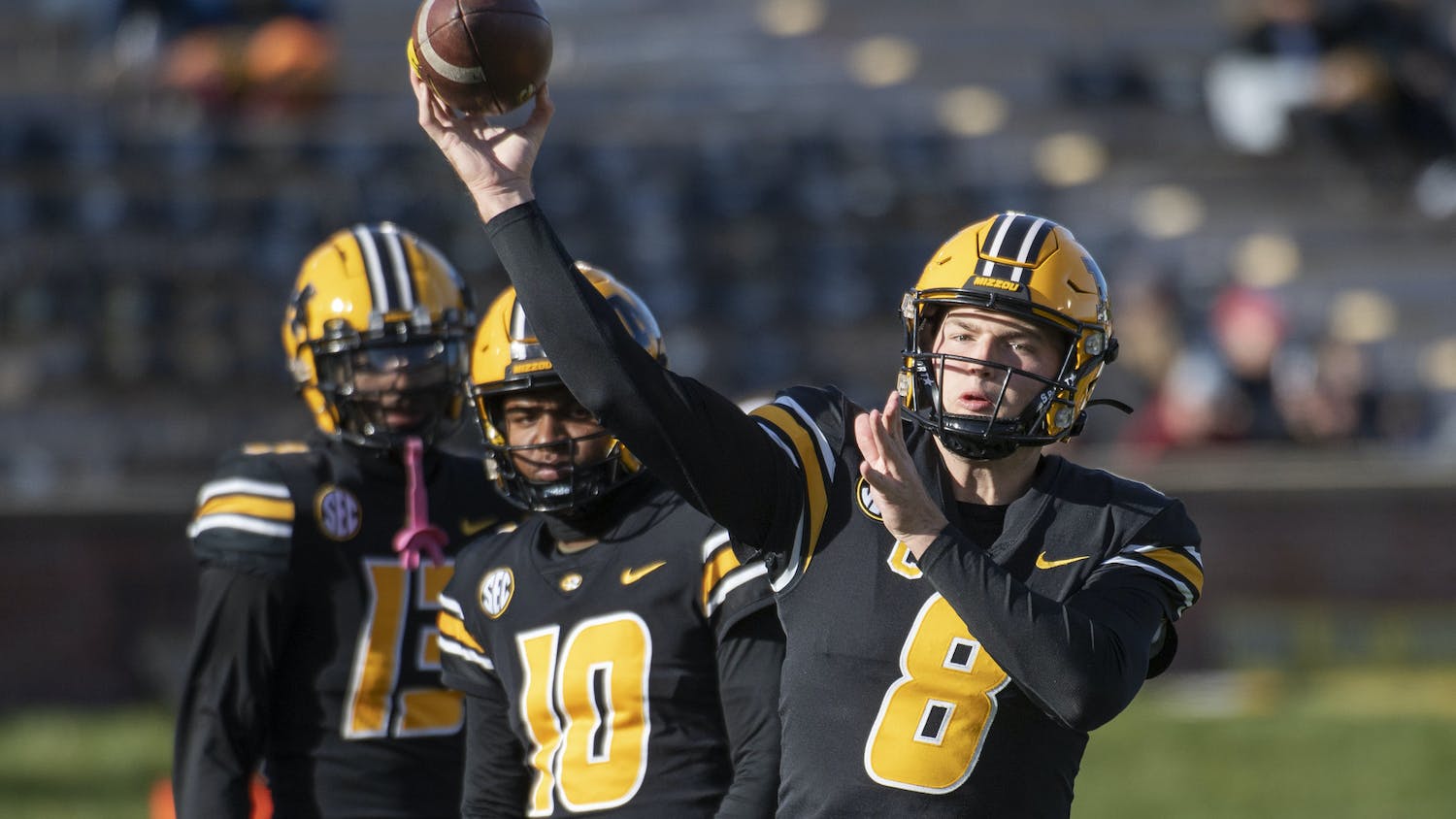