Pogue, Nesbitt near end of journey from Tommy John Surgery

The two pitchers missed the entire 2021 season after receiving the surgery.

Nick Pogue sat on the couch of his Melbourne home last February, watching his Gator baseball teammates in the opening series of the 2021 season against the Miami Hurricanes.

Florida was the consensus preseason No. 1 team in the nation, bursting with expectation. His teammates took in the crowd and electric atmosphere of the first-ever game at the new Florida Ballpark, a landmark moment in the program’s history.

Pogue wasn’t there to feel it.

The rehab from Tommy John surgery can be brutal. Recovery time ranges from 12 to 18 months, and that amount of time can wear on the psyche of athletes.

However, he was not the only Gator that underwent the surgery last spring. Tyler Nesbitt, who earned All-American honors in his freshman season, also underwent the same season-ending procedure in early March.

Florida was down two pitchers before St. Patrick’s Day.

“It kind of broke my heart,” Nesbitt said. “I put in all that work getting ready for the season, and I was really looking forward to helping in any way I could.”

Now, almost a full year removed from the surgeries, Pogue and Nesbitt are gearing up for returns to the mound for the orange and blue this season. For the team, their presence will bolster a pitching room in dire need of veteran experience. For the duo, all they can ask for is a chance to play again.

Pogue, now a redshirt sophomore, has an extra year of experience playing for the Gators under his belt over Nesbitt. After starting two games his sophomore season, he was prepared to take the next step.

Head coach Kevin O’Sullivan said that Pogue was likely going to become the team’s No. 2 starter behind former-Gator Tommy Mace.

“Arguably, they were neck and neck as far as performance was concerned,” O’Sullivan said.

Those hopes came crashing down as Florida returned for the spring semester.

“It kind of happened pretty quick,” Pogue said. “After Christmas break, I just threw a couple bullpens and my arm was kind of acting up a bit. We got the MRI and within a week or two later, I got the surgery.”

Pogue returned home to Melbourne for much of his rehab, and for good reason. His father, Brian Pogue, is a physical therapist who has consulted with the Washington Nationals. Brian helped Nick through much of the spring, getting a first-hand look at his son’s recovery process.

“I think what I saw more than anything else was that it seemed to motivate him to get back,” Brian said. “He was definitely very, very upset. I thought he used it as motivation to really work hard and be back for this next year.”

Nick couldn’t control how long it would take his arm to heal, so he maximized the things he could control.

“It was definitely a grind,” Nick said. “You just kind of have to attack and show up every day and be positive.”

One potential benefit, though, is that pitchers can come back from the time away from the mound feeling better than ever. That’s because they have been using their shoulders in rehab more than ever before — with their elbows still recovering from the surgery, they have no other option.

“The rehab has definitely helped me because I feel like my shoulders and elbow weren’t as strong as they should have been, which is probably what led them to Tommy John,” Nesbitt said. “So with all the rehab, my arm is all caught up to where it should be.”

Nesbitt, for his part, would sit in the stands as the Gators’ season unfolded; COVID-19 restrictions limited the number of people allowed in the dugout. After building such momentum from his first season successes in Gainesville, watching his teammates from the bleachers was melancholic.

“I thought I was progressing pretty good, like from my freshman year to my sophomore year,” Nesbitt said. “I thought I got a lot better and then for it to just end like that kind of sucked.”

Nesbitt traveled to Hoover, Alabama, to watch the Gators in the SEC Tournament and then observed Florida’s brief stint in the NCAA Regional. The offseason had officially arrived, and recovery continued.

Nesbitt and Pogue, separated by only a year in age, began to talk about the shared situation that had cut their seasons short. The two received the surgery from the same surgeon, a professional in Orlando whom Brian knew from his time with the Nationals.

“We’ve gotten a lot closer since the surgery,” Nesbitt said. “He seems to know a little bit more about it than I did. He’s really helped me on my path to getting better as well.”

Now, back in Gainesville, the two have continued to slowly pick up steam in their throwing power and arm strength.

“We’ve kind of picked each other’s brains about it, just to see how we’re doing,” Pogue said. “A lot of these rehab bullpens we throw together at the same time, so it’s kind of good to see how he’s doing with the rehab and the recovery process.”

The duo is nearing the end of their tunnel. Both athletes plan to begin pitching to live batters in early March, so a potential return could line up with the opening of conference play at Alabama the third weekend of the month.

The duo returns to a pitching room that will look much different than the one they last left at full health. Hunter Barco, the kid they saw register only five appearances his freshman season, enters the season as Florida’s clear-cut ace. Additionally, multiple freshmen will be carrying heavy pitch-count loads for the Gators.

“The younger guys, they haven’t seen them (Pogue and Nesbitt) pitch,” O’Sullivan said. “The guys that are sophomores haven’t really seen them pitch other than last fall.”

Nesbitt, the younger of the pair, is raring to go.

“I’m dying to get out there,” Nesbitt said. “I feel like I can face live batters right now, but I know that it’s doctors' orders to keep progressing and make sure I’m completely healthy. I feel ready to go right now.”

“I’m definitely ready,” Pogue said. “The big thing is getting ready without rushing it. I feel like a big thing is not coming back too quickly to kind of jeopardize my health throughout the season. Getting the rest and the rehab before I’m ready to come back is very important.”

After their career paths in Gainesville were thrown off course, Pogue and Nesbitt are hungry to get back on track. A full season lies ahead of them and a return to full health is right around the corner. The two will finally have their chance to assume the mound at Florida Ballpark for the first time.

It’s safe to say that they’ve earned it. 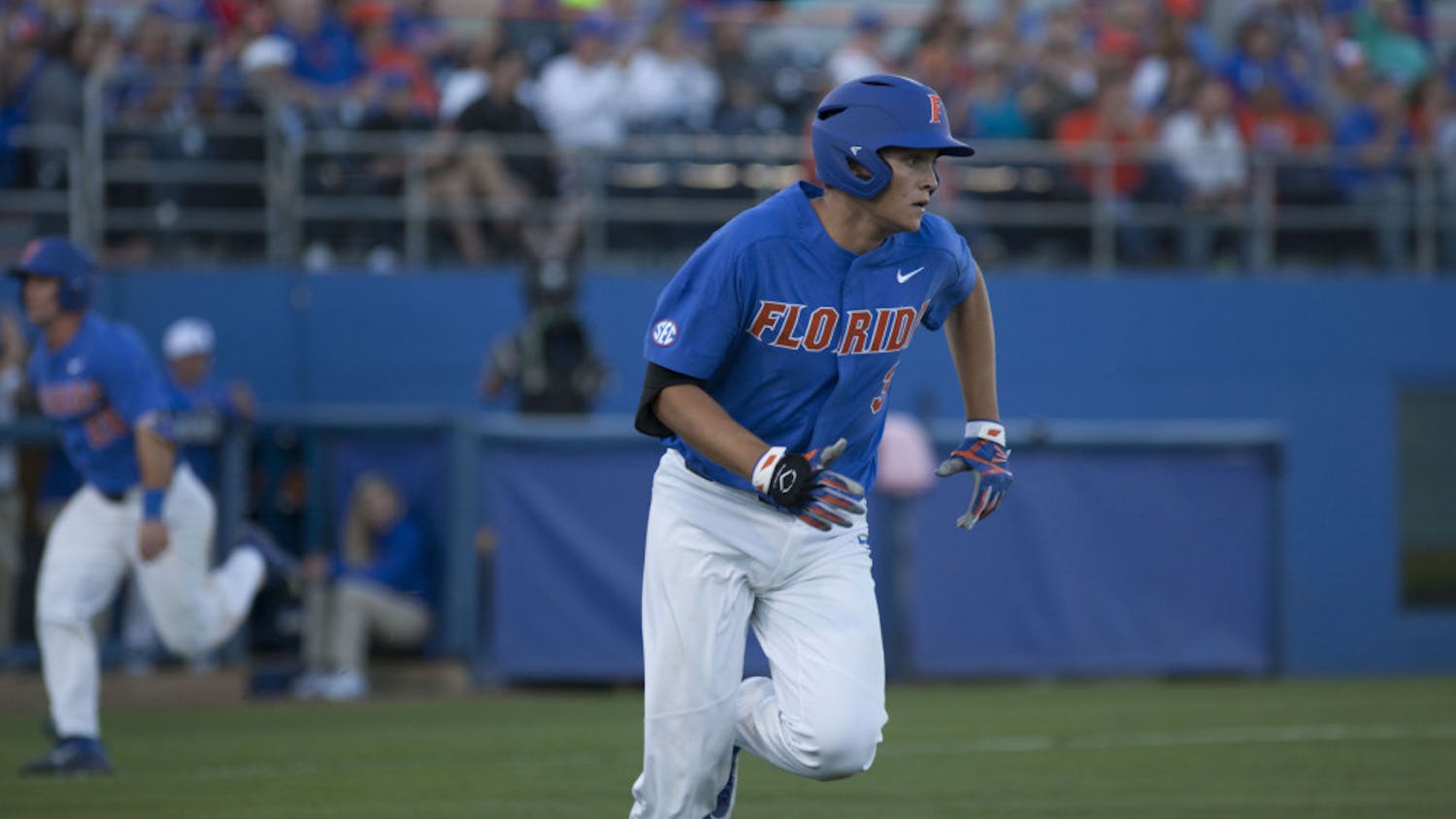