Just a few months earlier, she lost Maliyah Godwin, 13, who was killed in the safety of her own apartment.

Her friends were killed because of gun violence and gang activity. Purdy is now determined to make a change.

This recent increase in gang activity and gun violence prompted the Gainesville city commission and the Cultural Arts Coalition to create a youth advisory council to combat gang violence targeted toward young people in Alachua County.

Purdy, a member of Pace Center for Girls, was nominated as a representative in this council along with 13 other youth representing different cities and organizations in Alachua County. This council will work to provide insight and to brainstorm solutions to the growing problems with gang violence.

The new council was sworn in Monday at the Thomas Center. About 60 parents, city and county commissioners, executives of youth organizations and other community leaders attended.

Purdy believes clear communication is the key to making change for the at-risk youth.

“I’m hoping me and the other council members would give them a voice,” she said.

Jah, 68, felt heartbroken so many young people were lost due to gang violence in the community.

“The gangs don’t ask for no application,” Jah said. “They don’t ask for letters of recommendation. Gangs got jobs. They may not be legal jobs, but they catch on to them.”

Jah views the recent community gathering over gun violence as the origin of this council.

The Cultural Arts Coalition reached out to youth groups and organizations across Alachua County, working to nominate one representative to take initiative and create solutions.

“We do have to embrace them. We can’t blame the victim for their victimization,” Jah said. “We do have to offer opportunities to all the kids. We can’t give up on any of them.”

An initiation ceremony took place with all the youth council members being sworn in by Eighth Judicial Circuit Judge Gloria Walker. Walker had all the young representatives take an oath to work together and better the community.

She then called the adult advisers, which included several city commissioners, Mayor Lauren Poe, Sheriff Clovis Watson Jr. and other community leaders to take a similar oath to advise and aid the young council in any way they can.

Walker shared her life story to inspire the young leaders. She spoke about how she came from a low-income family and worked hard to overcome stereotypes, racial profiling and financial difficulties to become the first woman of color in Florida’s Eighth Judicial Circuit.

“I'm so excited for each and every one of you, for here are young people who are interested in bettering themselves and bettering the community,” Walker said.

County Commissioner Charles Chestnut IV also attended the event and spoke to the youth council. He assured them that the elected officials are here to support them and provide advice as needed.

“I think this is the greatest thing that we can do as a community is to get our young folks involved with the county government, city government,” Chestnut said. “We can start to govern that way to bring them in to make them be a part of it.”

The initiation was launched with a dance performance from the young students of Ministries of Expressive Song and Dance. The dancers ranged from ages 3 to 12 years old, dancing to songs by Christian hip hop artist Bizzle and pop sensation Janet Jackson.

Elois Waters, the dance instructor and CEO of the dance group, choreographed the routine herself. Waters was invited to bring the dancers to perform today. She thought it would be a good opportunity for them to learn the importance of spreading love instead of hate in the community.

“We wanted to continue to promote good virtues and good idealism for the kids,” Waters said.

One of the dancers, 7-year-old Lainey, was excited to dance again even though she and the rest of the group had another recital the night before.

Cultural Arts Coalition Chair and UF Counseling and Wellness Center Psychologist Anthony Greene was asked by Jah to emcee the event. As a psychologist, Greene believes the young council members are more approachable to youth affiliated with gangs and understand them better.

“[The council] certainly can contribute some alternatives,” Greene said. “For those who are getting caught up in the negativity, just because they don’t have anything else to do to provide an alternative.”

Correction: This article has been updated to reflect the correct number of youth council members, 14. The Alligator previously reported otherwise. 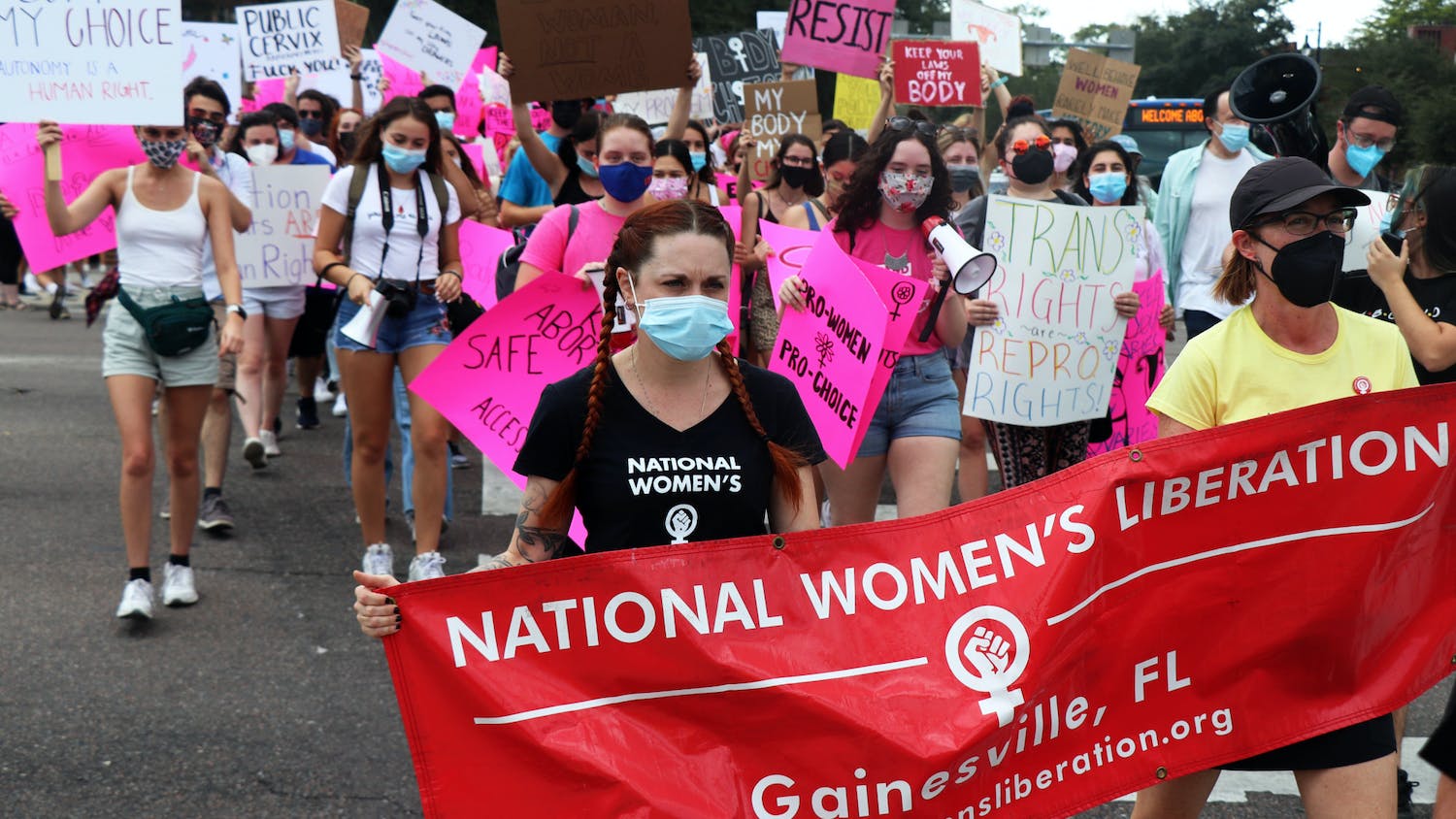