Clifford Taylor IV attributes his success to one thing.

“There’s no Rams without the Florida Gators,” Taylor said.

Taylor, 22, walked on to the Florida football team in Summer 2019. He never saw any game time, but his determination and resilience proved to be his biggest asset. Taylor became the LA Rams social media and design specialist in June 2021 by having a knack for finding closed doors, knocking on them and getting an answer.

The Charlotte, North Carolina, native came across his life changing opportunity while meandering around social media.

“I saw the Rams post on Twitter looking for a social media coordinator,” Taylor said. “So, I hit them back with the eyes emoji.”

At that time, Taylor had already completed an internship with Wilson, a sporting goods manufacturer. Wilson reached out to the Rams via Twitter on his behalf. A few days later, the Rams were requesting Taylor’s cover letter.

Taylor wasted no time introducing himself to the staff.

“Before I got an interview, I was talking to everybody from player engagement to PR, to ticketing and marketing,” he said. “The more people I connect with the better, and I recommend that to anyone trying to work in sports.”

The interview process was strenuous. The candidate list significantly dwindled from 400 to 14. Once again, Taylor had just barely made the cut.

The Rams informed Taylor they couldn’t give him the coordinator role, but they wanted him for social media and design instead. He received a degree in graphic design Aug. 2021, which helped prepare him for the position.

Before the Rams made the call, an old Florida teammate spoiled the news while Taylor was enjoying a double tasty from Relish, a Gainesville burger joint.

“Van Jefferson actually spoiled it for me,” Taylor said. “I was at home [Gainesville] when he texted me ‘Congrats my boy’ and I was like, congrats on what?”

About five minutes after receiving Jefferson’s text, Taylor got a call offering him the social media and design position.

Taylor had just signed with agent Michael Raymond, whom he began making arrangements with.

“My parents thought it couldn’t get any better than playing football,” Taylor said.

Things have only taken off for Taylor since he hung up his pads.

While still in Gainesville, Taylor created his TikTok account Nov. 18, and it has grown to 334,000 followers with 12.5 million total likes.

Taylor made a promise to the Rams social media team to grow their TikTok following to 1 million, a goal that was hit on Super Bowl Sunday. After Odell Beckham Jr. joined the team in Nov. 2021, Taylor said the wide receiver helped him create more exciting and enticing content. As of Thursday, the Rams have 1.2 million followers.

“I feel like the media’s most wanted now,” he said. “I told my bosses, ‘I’m going to get us to a million, and I promise you that.’”

A typical day with the LA Rams

On a typical day working for the Rams, Taylor went over content plans, community events to visit or stops by practice to get more content.

“They’d have us driving around and killing that gas,” Taylor said. “That’s one thing about LA — I’d never recommend living there unless you got it because it costs a grand to live in the trenches.”

Taylor also designed the endzone for the Rams home game against the Chicago Bears Sep. 21,  a game Los Angeles won 34-14.

Reminiscing on the Rams season and playoff run, Taylor recalls playing the Arizona Cardinals in the Wild Card Round.

“They smacked us in SoFi [Stadium] to begin the season,” he said. “We were all kinda looking around thinking we might be done.”

Taylor remembers when the Rams picked up star wide receiver OBJ from the Browns and got the team's spark back.

“In my mind, I thought we’ve got the talent, it's just a matter of making no mistakes,” Taylor said. “Play your best football for the next month and a half.”

The Rams went on to defeat the Cardinals, followed by the 49ers in the NFC Conference Championship, sending them to the Super Bowl.

Taylor was given one ticket to bring someone special to the Super Bowl. He picked his best friend since sixth grade, Jared John, to accompany him.

Taylor picked up John in the same gray 2008 Nissan Altima that Taylor’s dad would drive them around in as kids.

“It all really started to sink in for me when I picked up Jared from the airport,” Taylor said. “We were like kids in the backseat whenever my dad used to drive us to Burger King or something, that’s what it felt like.”

The pair grew up in Charlotte, playing basketball and video games. Neither of them ever imagined they’d create memories more than 2,000 miles away from their childhood homes.

“God has had favor on Clifford,” John said.

Saturday before the game was the calm before the storm. All the preparation was finalized and the Rams had made it to the largest stage in professional football.

“It was a chill day where we got to collect ourselves,” Taylor said. “Jared and I went to Roscoe's House of Chicken and Waffles and picked out our outfits for gameday.”

Waking up in their hotel on Super Bowl Sunday was unforgettable. It felt like waking up for gameday as a Gator and preparing for the biggest game of his life — off the field.

After arriving at SoFi, Taylor picked up his credentials and found his seat alongside John and coworker Patty Vicente.

Throughout the season, Taylor and Vicente developed a special bond and game day ritual. Taylor would help her understand the game, while Vicente helped Taylor with social media ideas.

She recalled the first time meeting Taylor in the office.

“This guy showed up in a full three-piece suit,” Vicente said. “I was intimidated … but Clifford was super welcoming, very sweet and funny.”

During the Super Bowl, Taylor continued to give Vicente play-by-play updates because she was too nervous to watch. He’d never forget the last fourth down, knowing the Cincinnati Bengals had only one timeout left. Taylor watched the clock wind down. He knew they had secured the win.

The Rams stopped the Bengals’ last-ditch effort and Taylor erupted in celebration.

“I looked at Patty and she was uncontrollably crying and I hugged her,” he said.

“Look at the clock, there's 23 seconds left, we won,” he said. “I hugged her as if we just played the game ourselves.”

Less than a year after graduating from UF, Taylor went on to win the Super Bowl as a part of the Rams staff.

“I get goosebumps just thinking about it,” he said.

Those around Taylor praise him for his hard work and dedication. Taylor still keeps in touch with friends and former teammates back in Gainesville.

Redshirt sophomore and marketing junior Jack Anders appreciated Taylor’s kindness towards him when he walked onto the team.

“Clifford was the first person to talk to me, reach out and show me how things worked,” Anders said. “He’s a selfless old soul.”

Anders carries on Taylor’s leadership for the Gators and goes out of his way to make sure new team members feel just as welcomed and cared for as Taylor did for him.

“That title UF football player, that holds a lot of weight,” Taylor said.

He credits the university for much of his success and preparing him to join the workforce.

“The roots run deep,” he said. “My dad went here, my uncle went here and my cousin.”

Taylor grew up a Florida fan and has only developed more appreciation for The Gator Nation. He says it’s important for him to find a way to visit Gainesville at least once a year.

“I still like to stay in touch with the Gators; that tie is for life,” he said.

Looking towards the future, Taylor is unsure of what he’ll tackle next but says his time in Los Angeles has expired.

With all of the luxuries that came with LA, Taylor struggled with his mental health the past year.

He finds staying true to himself and creating balance helps him stay grounded.

“I started meditating, 10-15 minutes of still time reminding myself ‘Today’s a new day and you’re here for a reason,’” Taylor said. “Another thing I’ve been doing since I was a kid, my mom had this book, the Daily Word, and made sure I read the Scripture.”

Taylor is thankful for his parents' unwavering love and support.

“My mom’s just like me, smiling all the time,” he said. “She reminds me to stay humble and faithful.”

Taylor expressed interest in being a freelance content creator or getting involved with social media in college sports.

“It’s almost like a fairytale story,” Anders said. “To go from nothing to something, and it sets a good example for someone like me and the other walk-ons.”

Taylor still wonders what his life would be like if he never sent that tweet showing interest in working for the Rams.

“There’s a few things I live by,” Taylor said. “Have fun, be humble, be yourself and do what will inspire the next generation.” 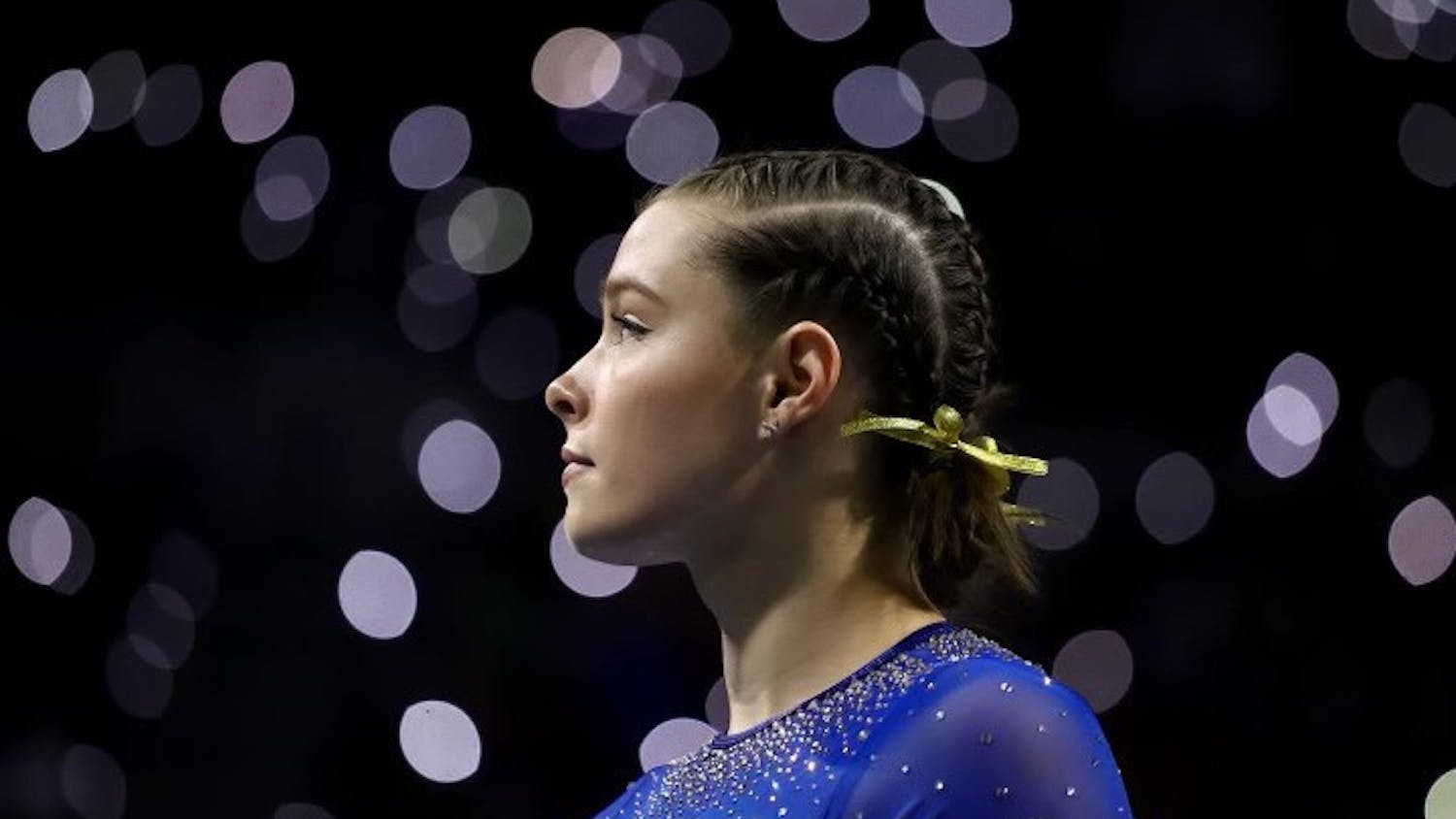 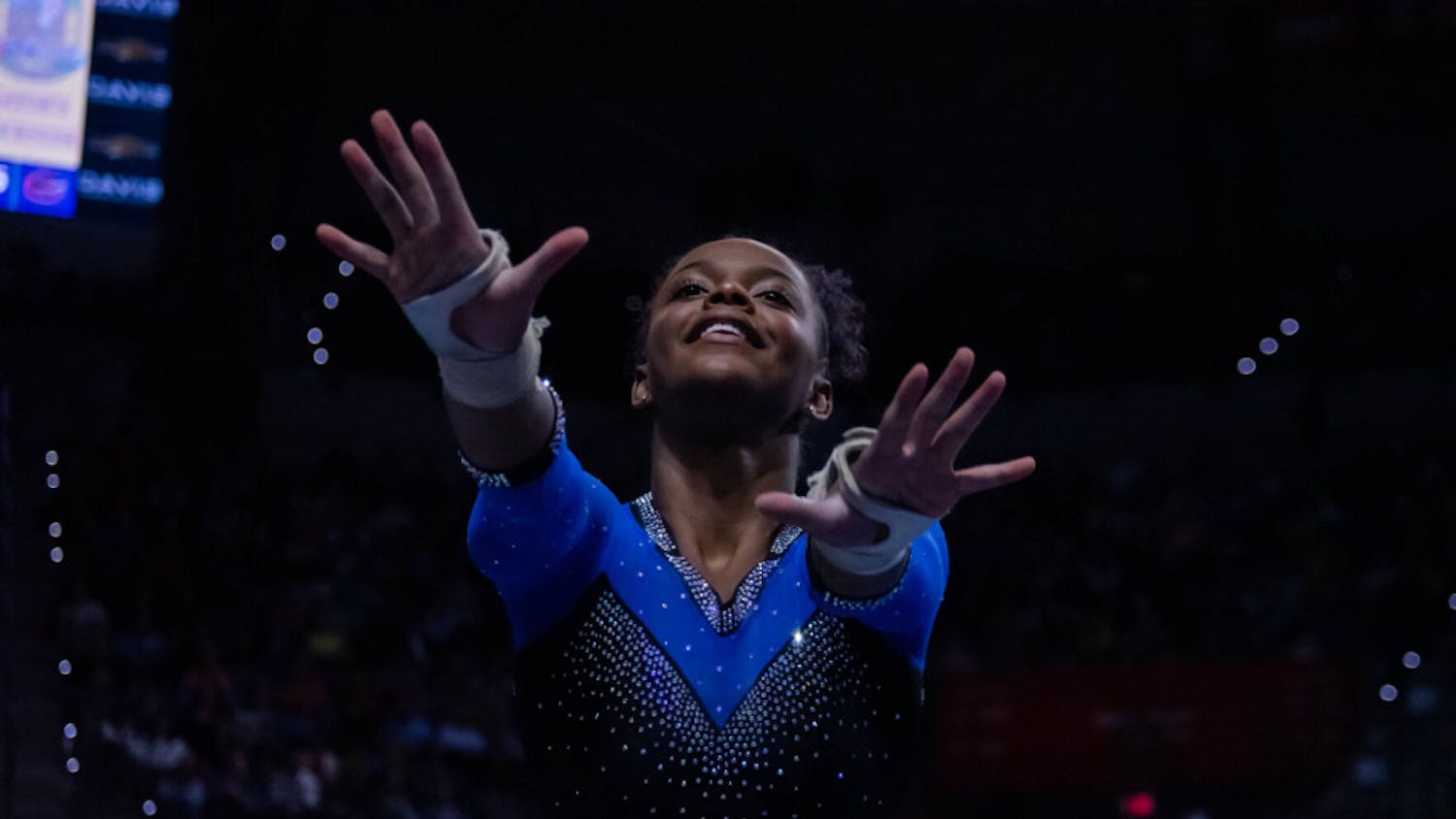