Losing a head coach isn’t easy. It’s especially difficult when a team is still playing games. On Sunday, both Florida and Xavier found themselves in that position.

The squads met with the same intention of moving forward to the next regime, with their incoming coaches watching closely. For the Gators, the game was a sizable misstep in the transition to the Todd Golden era.

Florida (20-14) fell to Xavier (20-13) 72-56 in the second round of the NIT tournament, officially closing the book on an inconsistent season with a fitting end.

UF and Xavier had nearly identical performances in the first half as both teams shot 46% from the field. The Gators were slightly better from 3-point range, knocking down five makes on 11 attempts compared to Xavier’s three. The Musketeers were more effective inside, leading points in the paint 20-14.

The Gators scoring was a total team effort. Four players scored six points in the first half for UF. Forward Colin Castleton led the way in the initial period on 3-5 shooting with three rebounds and a steal. The Michigan transfer faced plenty of double teams following an assertive double-double in the first round against Iona Wednesday.

Despite the close margins on the stat sheet, Florida played much more streaky than the Musketeers.

The Gators went on multiple scoreless droughts and were down 10 with just over 11 minutes in the half. UF managed to keep up in the closing minutes and scored three-straight field goals to close the half tied at 33.

It was Xavier’s turn for some streaky shooting to open the second.

After coming out to a seven point lead in the second, the Musketeers went 0-4 in a four minute stretch with four turnovers. Despite the poor run, Florida failed to take advantage, going without a field goal for six minutes. The Gators allowed Xavier to boost its lead to 12 with just over 11 minutes remaining.

Florida continued to sputter out while Xavier kept warming up.

The Gators shot 20% from the field in the second half and were an abysmal 1-18 from behind the arc. Once again, the Gators’ kryptonite was their inconsistent shooting. Most likely donning the orange the blue for the final time, Castleton finished with just 10 points, a team-high alongside guard Tyree Appleby.

“I don’t know if we’ve shot it that bad all year,” interim head coach Al Pinkins said. “It’s a hard way to go out, but I’m proud of these guys. This is a low, they need to learn from it and it’ll make them better.”

On court activities have ceased but a major event for the program remains on the docket. Golden’s introductory press conference will now be sooner rather than later with this season in the books.

Florida looks to move towards better results next season under the new head coach. 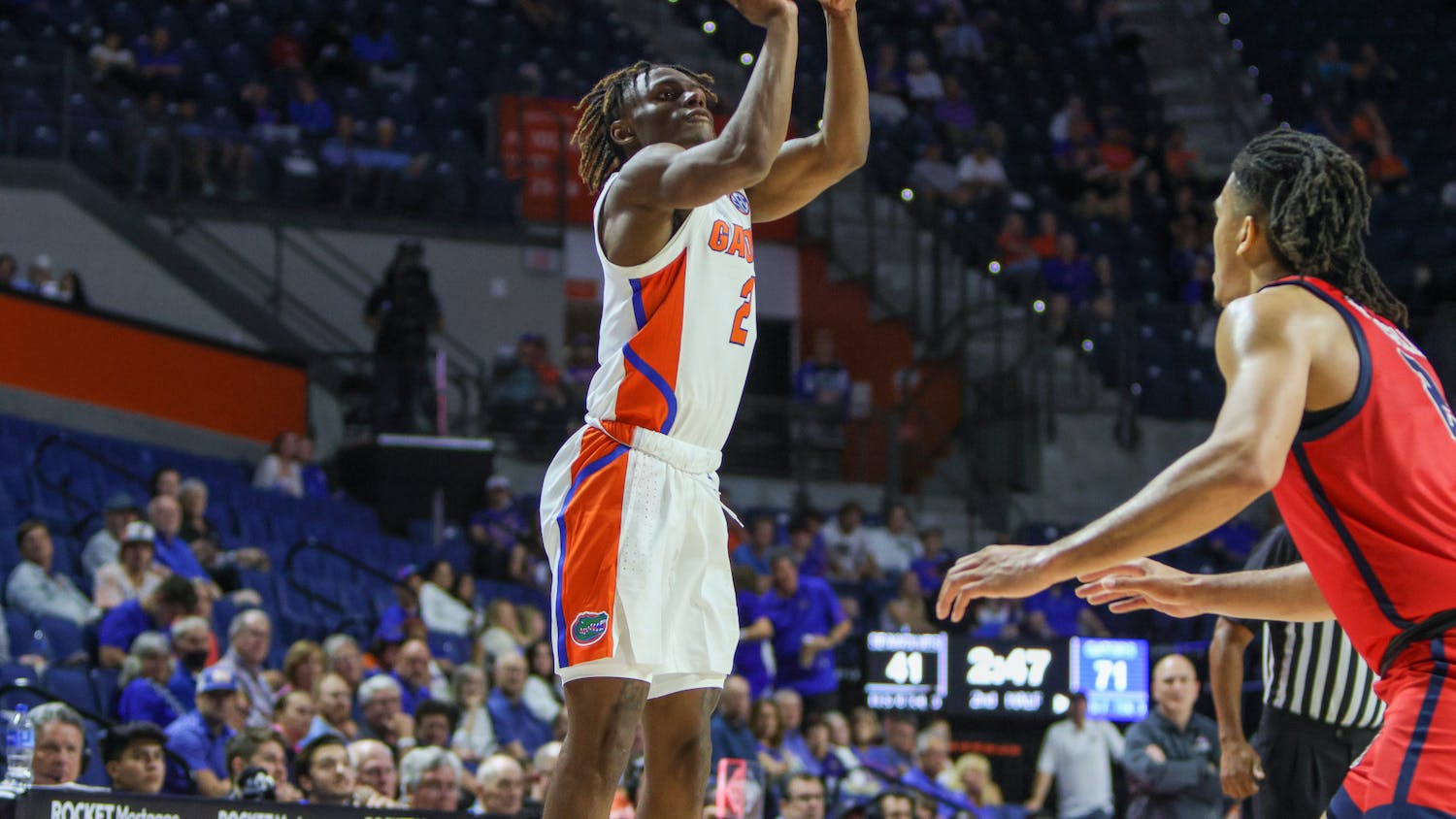