Florida baseball picked up their sixth win in a row leading up to their weekend series with Miami.

The Gators continued their rampage through the softer part of their schedule Wednesday with a 17-0 dismantling of the Florida A&M Rattlers.

UF set a new season-high in hits and runs with 21 and 17, respectively, the fourth-straight game with double-digit hits and runs for Florida.

Wednesday marks the most hits by the Gators since 2019, when they had 21 against Florida Atlantic.

It was the Jud Fabian show inside Florida Ballpark. He wasted no time getting the Gators started, launching a moonshot that cleared the left-field berm in the first inning.

Sterlin Thompson was right behind him with a blast of his own, giving Florida an early 2-0 lead.

Fabian then added a single in the third and a walk in the fourth to bring in a run. It only got better for the junior as he launched his second home run of the game in the sixth inning into the bullpen in left-center. He also walked twice and reached on an error, casually putting together a 3-4 2 HR 2 BB night at the plate.

Sixth-year graduate student Garrett Milchin got the midweek start for Florida and impressed, retiring 12 of the first 14 batters he faced. He allowed just two hits and a walk in five innings while picking up a pair of strikeouts on 56 pitches.

Head coach Kevin O’Sullivan spoke to Milchin’s consistency and said he was happy for him after all that he has been through at Florida.

“He’s extremely tough-minded, he’s a tremendous competitor,” O'Sullivan said. “The difficulties and the things that he’s gone through you gotta feel good about an outing like this.”

“It’s really rewarding at this point,” Milchin said, “it makes me glad I followed through and stuck with it.”

Florida would add to its lead in the fourth thanks to a pair of true freshmen. Third baseman Deric Fabian roped a two-out double to right-center, and catcher Rene Lastres brought him in with a 101-mph single.

The Gators continued to make noise with two outs after a single by Tucker Talbott and a walk by Colby Halter loaded the bases. Jud’s previously-mentioned walk brought across Lastres to give UF a 4-0 lead.

Florida proceeded to pour it on in the fifth inning and this time it was thanks to another catcher. After Wyatt Langford singled and Kendrick Calilao reached on an error, BT Riopelle emerged from the dugout and launched a three-run homer to left.

It was an impressive shot the other way from the junior catcher, who is swinging an extremely hot bat to start the season.

The onslaught continued in the sixth as the Gators piled on three more scores to hit double digits. Jud’s second homer got it started, before Thompson singled and worked his way around, and Riopelle brought in Corey Robinson with a single.

In two innings, the Gators’ junior catcher had two hits and four RBIs after coming off the bench.

Deric added another hit in the seventh, his third of the game as well. That brought the total number of hits by Fabians on the night to six. Jud said he and Deric are loving life in the lineup together.

“When he does good we kinda feed off each other,” Jud said, “we have a little battle during the game.”

In the seventh, Colby Halter joined the dinger parade, Jud came around to score following his second walk of the night and Deric picked up an RBI on a fielder’s choice to make it 13-0.

As if it was not enough, Florida put four up in the eighth to set a new season-high in runs. More freshmen continued to impress as Jorge De Goti picked up his first career hit and Corey Robinson added his first career home run, a three-run blast to right.

It was the fourth-straight game a freshman hit their first career home run as the Gators’ recruiting class continues to show off their abundance of talent. O’Sullivan said he has been impressed with how the freshman have started the year.

“When you’re a freshman and you’re not playing all the time...it can be a bit challenging,” O’Sullivan said. “It’s a different role for them but I think they’ve all handled it great.”

“It’s been really impressive,” Milchin said about the freshmen. “We knew going into the year that freshmen would have to step up for us in big ways and they’ve done it so far.”

Next up for Florida is a weekend showdown in Coral Gables, Florida, with the Miami Hurricanes, beginning Friday at 7 p.m., followed by another 7 p.m. start on Saturday and a nooner on Sunday.

Hunter Barco will start Friday, Brandon Sproat gets the ball Saturday and Timmy Manning will take the mound again on Sunday.

The Gators are out for revenge. after they dropped two of three at home to Miami last season.

“We haven’t forgot it,” Milchin said. “We don’t like losing to Miami, in some ways it feels more personal than other series.”

Jud Fabian is also eager to cruise the Florida turnpike and take on the Hurricanes.

“We hate Miami, they hate us,” Jud said. “We're looking forward to going down there and we're going to play with a lot of confidence.” 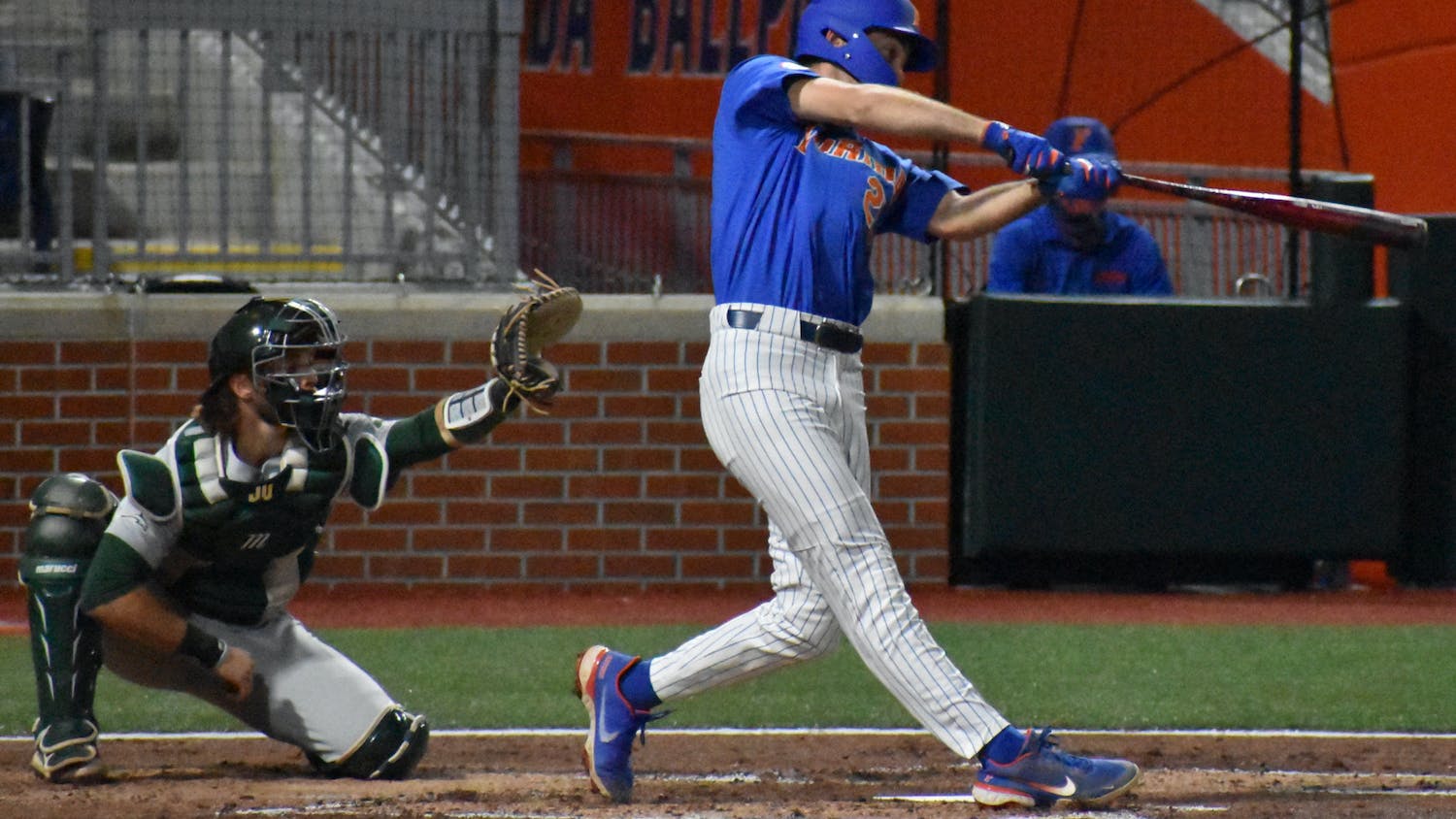