Alabama head coach Brad Bohannon began a live interview with the broadcast booth as he felt a shot launch over his head.

That rocket, coming from sophomore Wyatt Langford, was a home run that gave Florida the lead.

“I think they just took some momentum there,” Bohannon said as he watched the ball leave the park.

His assessment was correct, as Florida would rattle off six-straight runs to ice both the Saturday night affair and the weekend series. The No. 9 Gators (15-3) would outscore the Crimson Tide (12-8) in an explosive matchup, 13-6.

The victory marks head coach Kevin O’Sullivan’s 600th career win, all of which have come at Florida.

O’Sullivan remained humble and gave all the credit to his athletes.

"At the end of the day, the players are the ones that go out and play,” O’Sullivan said. “They're the ones that have to put in all the hard work in the weight room and that type of thing. But certainly, it's a nice milestone.”

The Gator offense boomed early, and the first bat to crank one out of Sewell-Thomas Stadium belonged to sophomore Wyatt Langford. After junior Jud Fabian patiently earned a full-count walk, Langford sent the duo home with a shot beyond left field.

The next batter up to the plate, junior BT Riopelle, kept the party going with a no-doubter that wound up a few rows back in the right-field seats. After three outs, Florida was already ahead 3-0.

The Crimson Tide failed to answer in first, but after a quick one-two-three top of the second, Alabama got on the board in the home side of the inning.

A double, a single and a walk loaded the bases for ‘Bama with two outs, and another walk brought home the first run of the night for the Tide.UF starting pitcher Brandon Sproat struggled for most of the night against the Alabama bats, ending his three-inning outing with five hits, four runs and three walks.

In the top of the third, the Gators pushed the lead back up to three and the push was started with a walk from sophomore Colby Halter. Fabian singled, advancing Halter to second, and a groundout from Langford brought him home.

Once again, Florida led by three.

Alabama answered back in the third, but the Tide were coming for more than a single run this time. Two runs, to be exact.

Sproat walked the leadoff batter and hit the second with a throw to put two crimson-clad runners on base. A single brought one runner home, and a sacrifice groundout cut the Gators’ lead to one.

Continuing the ping-pong-esque back and forth, Florida responded in the top of the fourth. Sophomore Josh Rivera singled to open the inning, and a long single off the left-field wall from freshman Deric Fabian brought him home to give the visitors a two-run advantage.

In the bottom of the fourth, freshman Ryan Slater took over for Sproat after a leadoff single. The Palm Harbor, Florida, native allowed one run after loading the bases, but stopped the bleeding at one.

Still, the game was tied.

Slater would end up silencing the Crimson Tide offense for most of the remaining innings, finishing with a line of two earned runs, five hits and six strikeouts through five innings.

After ‘Bama reached five runs, the Gators cracked the game wide open. First, Langford sent a moon shot to left, his second yard-shot of the night.

Then, after loading the bases on three-straight singles, a walk brought Halter home.

In the top of the sixth, Langford got on base with a single; an RBI single from Riopelle got Langford all the way around the diamond.

Riopelle, now on third after stealing both second and third base, walked across home plate after junior Kendrick Calilao blasted a shot to left, a two-run homer.

Junior Kris Armstrong, with two outs in the sixth, joined the home-run party with a solo shot.

Alabama would muster one more run from an Owen Diodati homer, and the Gators would find two more runs in the top of the eighth to bring the score to its final, 13-6. Freshman Blake Purnell entered the game in the bottom of the ninth to close, and struck out two en route to a one-two-three inning to clinch the series.

The Gators, now with a sweep in their sights, will return to action tomorrow afternoon at 1 p.m. 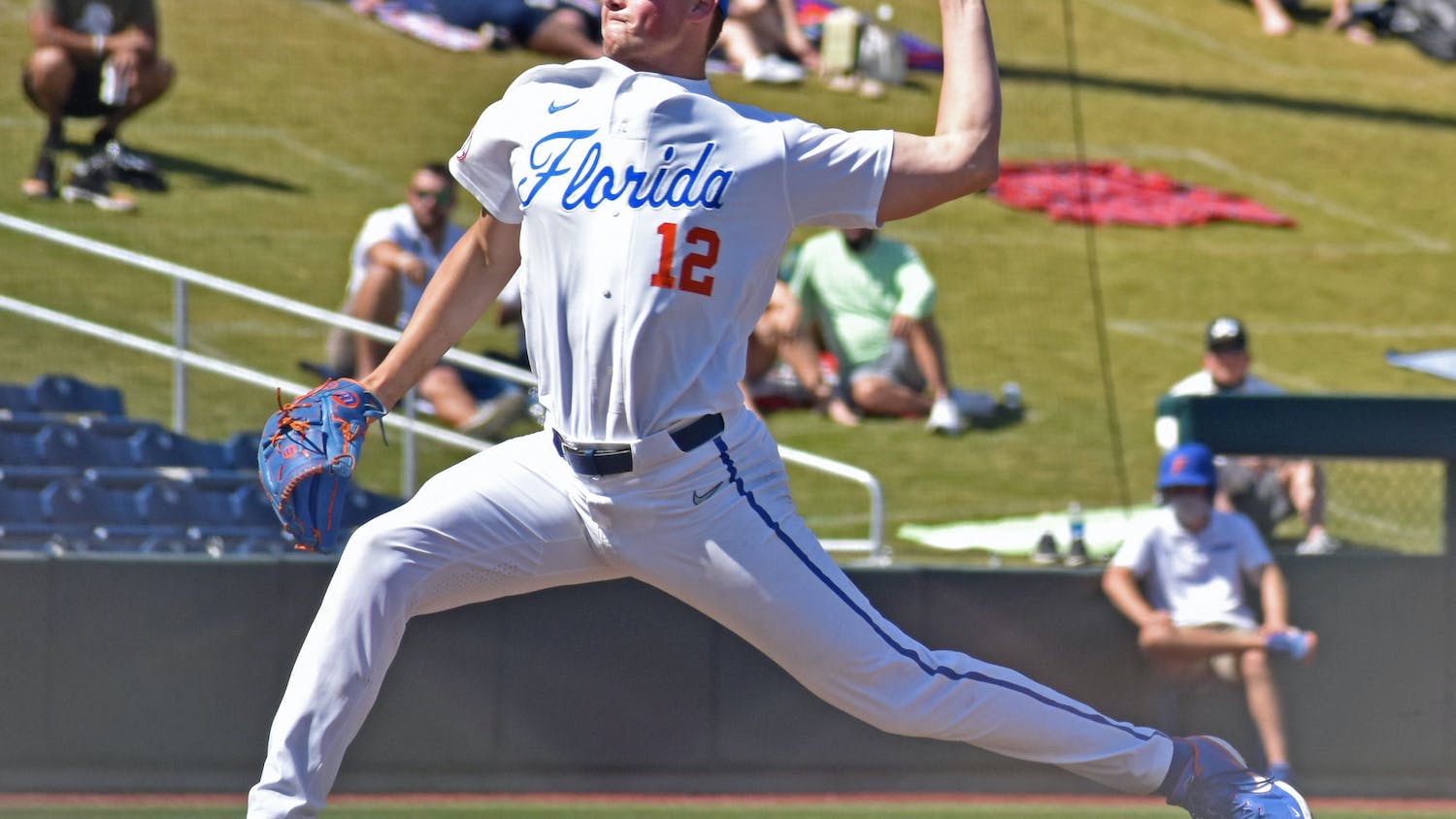 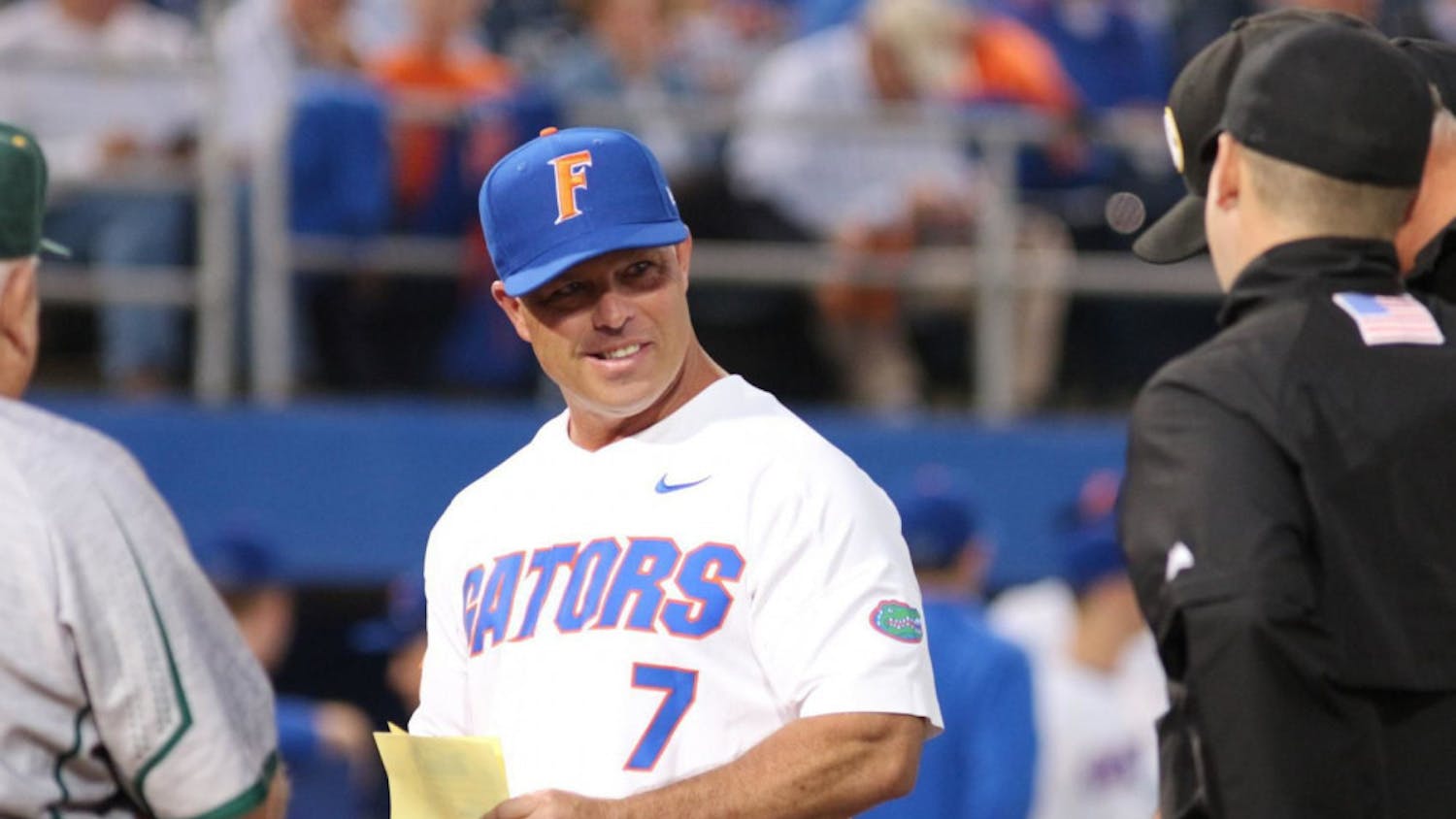