BT Riopelle had the game of his life in Nashville Saturday, but it was not enough to take down a relentless Vanderbilt offense.

Sophomore Brandon Sproat made his ninth start of the season for Florida a day after southpaw Hunter Barco only threw two innings and was removed from his start as a precautionary measure due to illness.

Sproat’s outing was a rocky affair, but the Pace, Florida, native managed to limit major damage from unfolding until the sixth inning.

In the end, one bad pitch decided his fate.

With Florida barely holding on to a 4-3 lead and Vanderbilt loading the bases with two outs, Sproat hung a 1-2 waist-high curveball to sophomore Enrique Bradfield, who thumped a bases-clearing triple to the right-center field alley. The hit vaulted the Commodores to a two-run lead. Bradfield dove headfirst into third base and roared to the crowd adorned in black and gold.

Riopelle got the scoring started for Florida in the top of the second inning, launching a 3-1 Carter Holton fastball over the right-field wall for a towering solo shot.

Holton left an 0-1 change-up exposed to Riopelle in the fourth inning, which he touched for his second moonshot, a two-run opposite-field blast over the 35-foot high wall in left field to put Florida up by three.

Sophomore Josh Rivera added a home run of his own two batters later, his fifth of the year, to make it 4-0 Gators.

After retiring the Commodores in order in the first and third innings, and stranding a pair of runners in the second, Vanderbilt finally broke through against the Florida hurler in the bottom of the fourth.

Senior Dominic Keegan jumped on a first-pitch fastball from Sproat for a solo homer to right, cutting the deficit to three.

Sproat again found himself in a sticky situation in the fifth. Vanderbilt runners occupied first and second base with one away, when senior Javier Vaz roped a single to right field, bringing home Bradfield to cut the lead to 4-2. The lively right-hander induced a clutch 6-4-3 double play off the bat of Keegan to end the frame, the third twin-killing of the night for the Commodores.

Before the three-RBI three-bagger by Bradfield ended Sproat’s night, the third Vanderbilt run crossed on a safety squeeze play in the sixth from freshman Anthony Vastine, who bunted the ball back to the mound.

Sproat fielded the dribbler and tossed home with junior Spencer Jones streaking to the plate from third. Jones was called out after Riopelle applied the tag, but the call was overturned following a replay review. The Commodores were now within a run.

Once the sixth inning Florida meltdown was complete, head coach Kevin O’Sullivan swapped Sproat for freshman Tyler Nesbitt, who got Vaz to fly out to left field to escape the inning.

Riopelle did not let the 6-4 Vanderbilt lead last for long.

The Marietta, Georgia, native demolished his third home run of the evening to right-center field with Rivera on first to tie the game at six. It was the first three-homer game by a Florida Gator since Wil Dalton did so against Stony Brook at Alfred A. McKethan Stadium March 2, 2018.

Nesbitt continued on the mound in the bottom of the seventh. He allowed a one-out walk to Jones before O’Sullivan summoned redshirt freshman Blake Purnell, who surrendered the walk-off RBI to sophomore Jack Bulger Friday night.

Purnell, again, was not sharp. He walked Bulger on four pitches and allowed an RBI base hit to left field from senior Tate Kolwyck, bringing Jones home from second to give Vanderbilt a one-run lead, 7-6. The Commodores tacked on an insurance run in the eighth when Keegan, facing redshirt-freshman Ryan Slater, knocked a single to right field to drive home Bradfield from second.

Despite the trio of bombs from Riopelle and the dinger by Rivera, Florida could not capitalize on multiple opportunities with runners on base. The Gators were 0-3 with runners in scoring position and 3-14 with runners aboard.

Schultz earned his fifth save of 2022 by striking out junior Kendrick Calilao with the potential tieing runs on base to close out the game in the ninth. Maldonado earned the win and Nesbitt took the loss.

Florida and Vanderbilt will be back at it Sunday afternoon in Nashville for the final game of the weekend series as the Gators look to avoid the sweep. First pitch at Hawkins Field is set for 1 p.m. and will be broadcast on ESPN2. 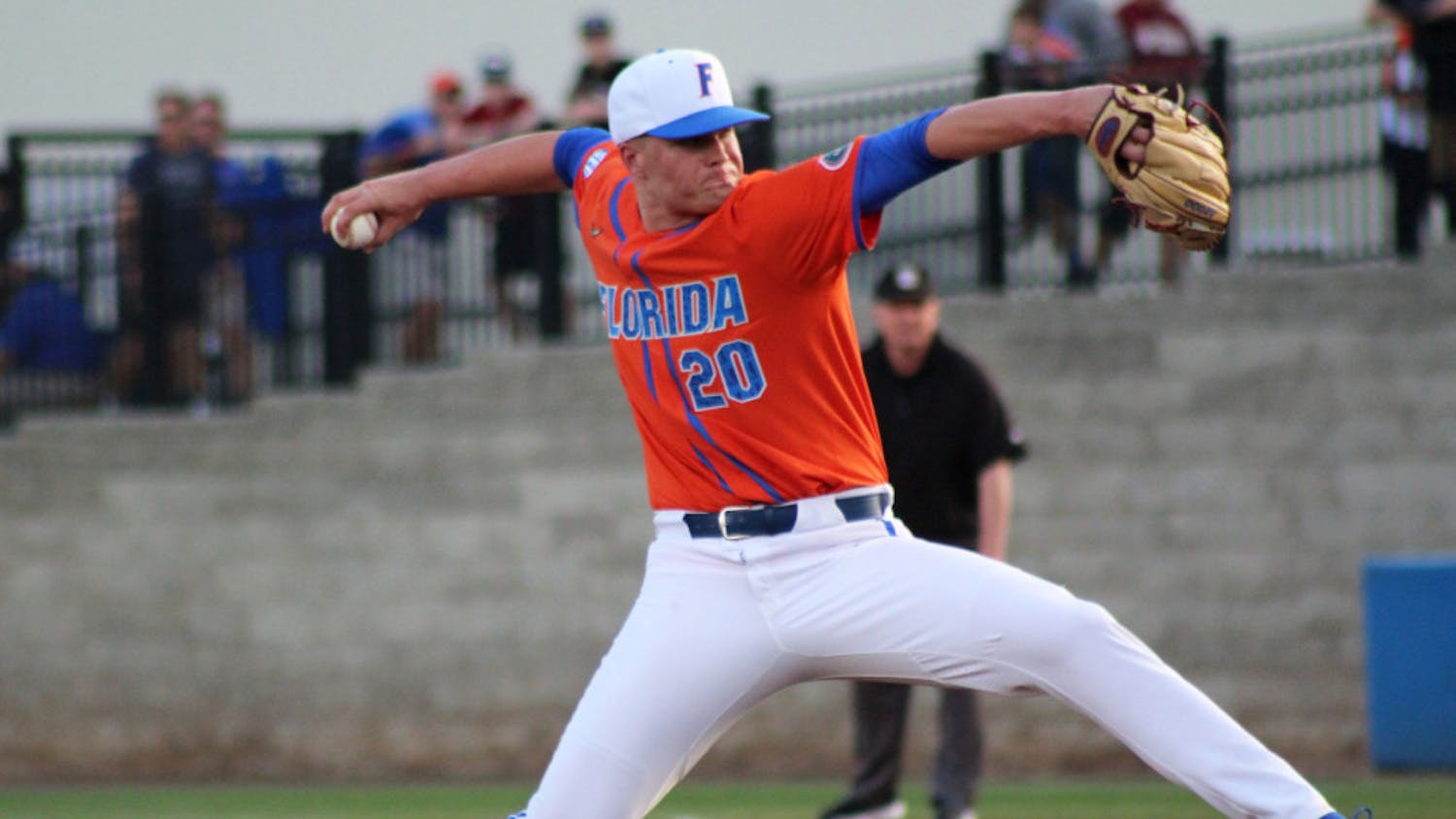 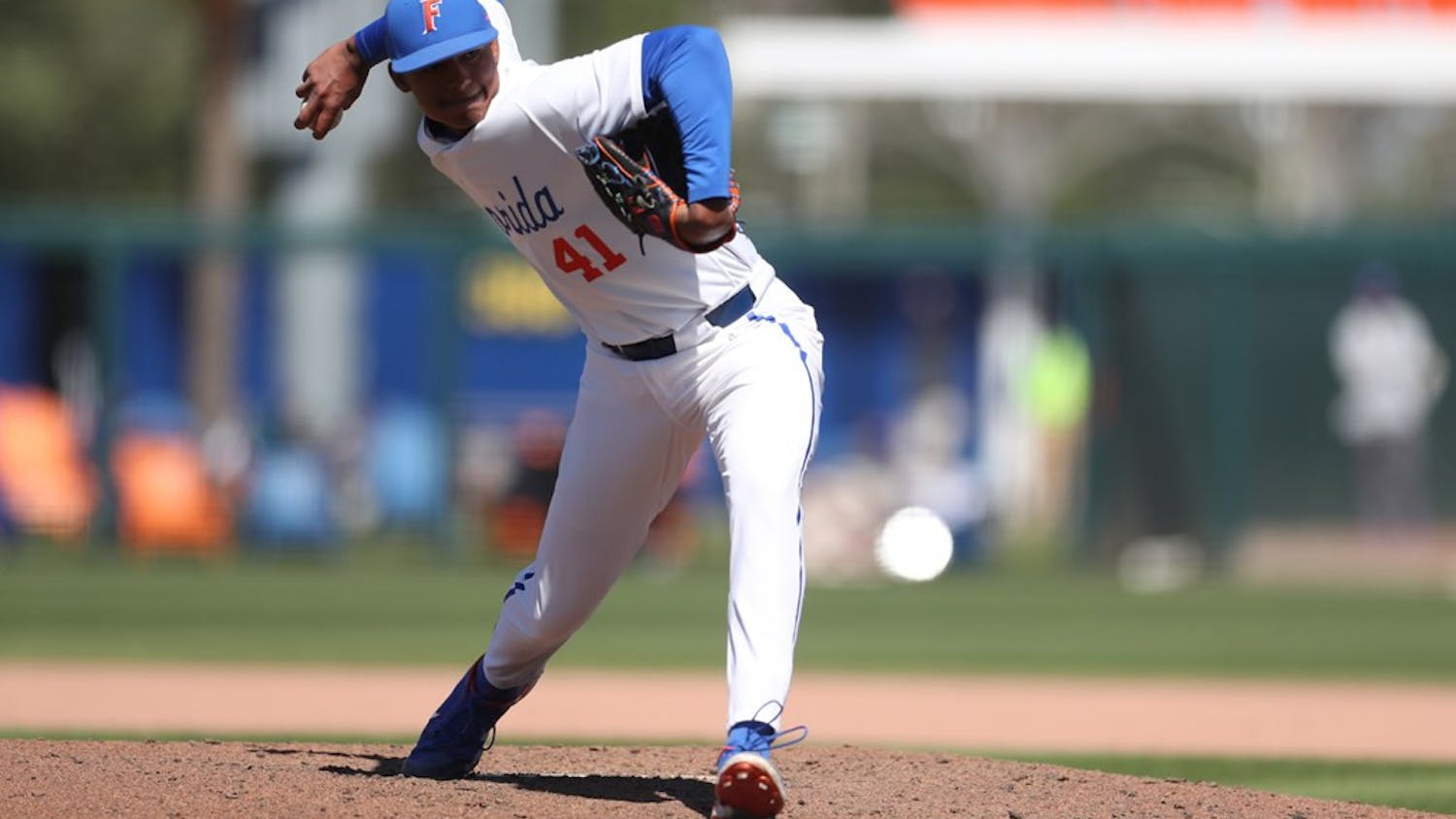