Across from Satchel’s Pizza, inside a Storage Zone lot, the local DIY music scene came together Friday night.

Local “anxiety pop” band Rugh kicked off its summer tour in the middle of lightning, rain and glitches.

In between clouds of cigarette smoke and lightning, the crowd of about 30 people gathered around the 20-foot-wide storage unit where the musicians set up their equipment. The tent in front of the unit quickly became packed with attendees and musicians alike once the rain started pouring.

Either sitting on the couch placed under the tent, drinking beer or collectively singing songs from British singer Imogen Heap, the crowd blurred the line between performers and attendees.

Rugh consists of bassist Vic Abreu, guitarist and vocalists Liza Goldstein and Mace Lamers, and drummer Sawyer Lamers. On April 22, they released their debut EP “People Are Doing So Well, It’s A Great Time To Be Alive.”

At its most natural, a Rugh show emulates a friend hangout. Taking turns playing with other performers and friends of the band, the tight-knit community supporting the band illustrates friendship, collaboration and mutualism.

Among attendees and performers, some were collaborators, roommates, mutual friends and members of what one would call “the scene”: the collective support system serves as the heartbeat of creatives within the community.

It’s in this space that Rugh emerged and found its place.

“I do think of it as the DIY community,” Goldstein, a 24-year-old freelance photographer and music venue worker, said. “It's a lot of artists and a lot of people who are trying to make our lives more sustainable.”

The band embodies the do-it-yourself philosophy in every aspect. From homemade merch to warehouse shows, every element of the band comes as a direct product of the effort behind it. Whether it is the music itself, the visuals, the performances or any of the additionals, it all shows how band members and community supporters creatively and passionately use every resource available to them.

It’s a radical, grassroots approach to music creation and performance, and it reflects the community backing it up.

Goldstein highlights downtown’s Civic Media Center as a crucial element in developing the tight-knit community where the band exists. The non-profit community library emphasizes the value of community-building by offering events and resources to Gainesville residents.

“Starting to go to the CMC when I was 18 was such a formative thing for me and the way that I understand and connected with Gainesville,” Goldstein said.

DIY ventures, such as Rugh, are a product of mutual aid, a value that the community preaches. Community efforts to support and uplift one another are the foundations holding up the success of community members.

“Gainesville is the glue that holds everything together,” Abreu, 24-year-old anthropology student, said. “We stand on the backs of all these studios, all these organizations, and all the bands that helped us.”

Band members cited the local organizations like MusicGNV, Heartwood Soundstage, and Pulp Arts as integral to facilitating the band’s success.

After being awarded MusicGNV’s QuarterlyRecording Grant, which covers a weekend’s time at a recording studio for local bands to professionally record and mix 4-5 songs, the band recorded its debut EP “People Are Doing So Well, It’s A Great Time To Be Alive” at Pulp Arts.

On Lamers’ side, her songwriting usually surrounds themes of growing up and realizing things, and it features metaphors that “don't really make sense to everyone else.”

To members of the band, anxiety pop is a combination of sounds and frequencies that use an assortment of striking sound pallets. If there was a better way to describe it, it’s clashing colors and changing shapes, according to Abreu.

“We sound like if you bit crushed emotions,” Abreu said.

In all its surrounding sense of overwhelming anxiety, Rugh seeks catharsis: the release of intense emotions through equally intense presentations. Visceral screams and instrumental chaos define the intensity of the band’s sound.

“I never exactly had a plan,” Mace Lamers said. “Making music with people that it feels good to make music with is not something I experienced really before this.”

The 21-year-old arts and technology student met Goldstein the day she moved to Gainesville. Shortly after, they started playing together, and Abreu eventually came along.

Seeing the band emerging, Mace Lamers’ brother Sawyer Lamers, 19-year-old journalism student, decided to come to Gainesville from Fort Myers to be a part of it.

“I moved here to Gainesville half because I wanted to be able to play music with these people,” Lamers said. “Half of my college decision was going to be moving to Gainesville because I knew that there was so much potential.”

Gaining momentum, eventually relocating and devoting most of their days to creating and playing music — the group holds big hopes for the band’s future.

“I think it'd be really cool to take this as far as it can go,” Abreu said.

The band is set to perform in seven cities in Florida and Georgia over the next week. Taking the stage at unconventional venues like storage units and gardens, the tour reflects Rugh’s DIY nature and philosophy.

Friday night ended with crammed crowd surfs and a rain-soaked sofa. As the band prepares for a hectic week, they keep thanking the community that supports and uplifts them. 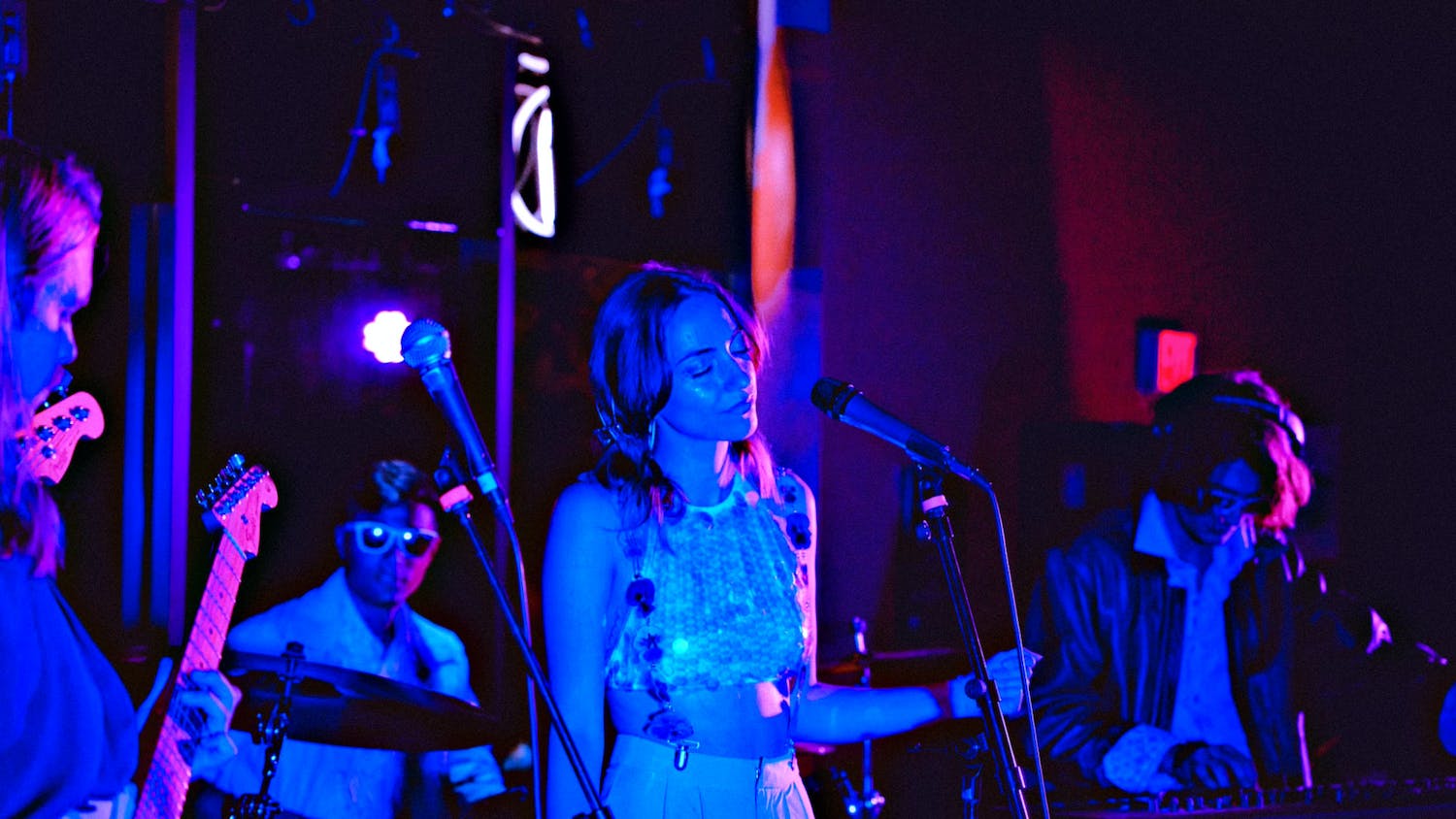