The trio, who make up an emo band known as Precious Little Life, piled into their car for the 16-hour trek to play at Knifest, a music festival highlighting voices in the industry who usually go unheard. They shared the stage with more than 15 other bands for a room of mask-clad fans ready to mosh.

Under hues of red, green and blue, Knifepunch Records turned the Main Street banquet hall into a punk sanctuary. Under that roof, artists like Precious Little Life played emotional songs with enough fervor to question the need for microphones and amplifiers.

Lead singer Nenkov said the band wanted to create a live atmosphere where people felt like they could be themselves, even if only for a split second.

Other artists expressed themselves with existential lyrics about being a robot or by tucking a collection of dainty flowers into their guitar strings. The night delighted Dani Northup, who helped found Knifepunch Records in 2019.

“Not that there’s anything bad with it, but we’ve heard the same four white guys making a band singing about their ex-girlfriends,” Northup said. “We want different voices to be heard.”

In an industry typically difficult to break into, Knifest aims to feature musicians, many of them transgender and minorities, who have a harder time getting their foot in the door, Northup said.

Knifest challenges music to prioritize community over competition, and Katherine Cornelison and Jackson Shook, two concertgoers from Jacksonville, felt that community spirit at the Wooly.

“It’s a lot of friendly, loving people here, and you feel like you can talk to anyone,” Shook said.

Cornelison was enamored by the do-it-yourself scene unfolding in front of her. She watched as each artist brought out, set up and loaded their equipment back into their cars.

Each attendee simultaneously occupied the roles of fan and artist, with lively chatter and encouragement across the venue running wild.

“A lot of these people are actually friends and care about each other and they do take care of each other,” Northup said.

Upholding the theme of community, Precious Little Life’s friendly banter on stage helped it connect with the crowd.

The group brought new facets to its music by adding Herroon on bass and Trifaro on drums to songs Nenkov used to play alone.

“Getting to write my own parts and fully flesh out songs that I was already familiar with is just really cool,” Herroon said.

Sofia Poppert, who performed at Knifest under the name Funeral Homes, took the stage with a dreamy set that she hoped transported the audience to something that felt like another world. Poppert simultaneously strummed a guitar and a tremolo bar to achieve a unique shoegaze sound.

Even though she was alone on the stage, Poppert had friends like Oddie Seccob in the crowd to cheer her on. Seccob, a Cocoa Beach resident, said they drove three hours to watch Poppert, but they also enjoyed the environment and the excitement of finding new music.

In a place where bottled emotions seemed to explode, artists at Knifest promoted the idea that local music is a safe space for all. They cried for inclusion and advocated for each other, filling The Wooly with remarks like “tip your bartenders; pay your bands.”

“Support your local artists, no matter what craft they’re doing,” Nenkov said. “This is what drives our scene.” 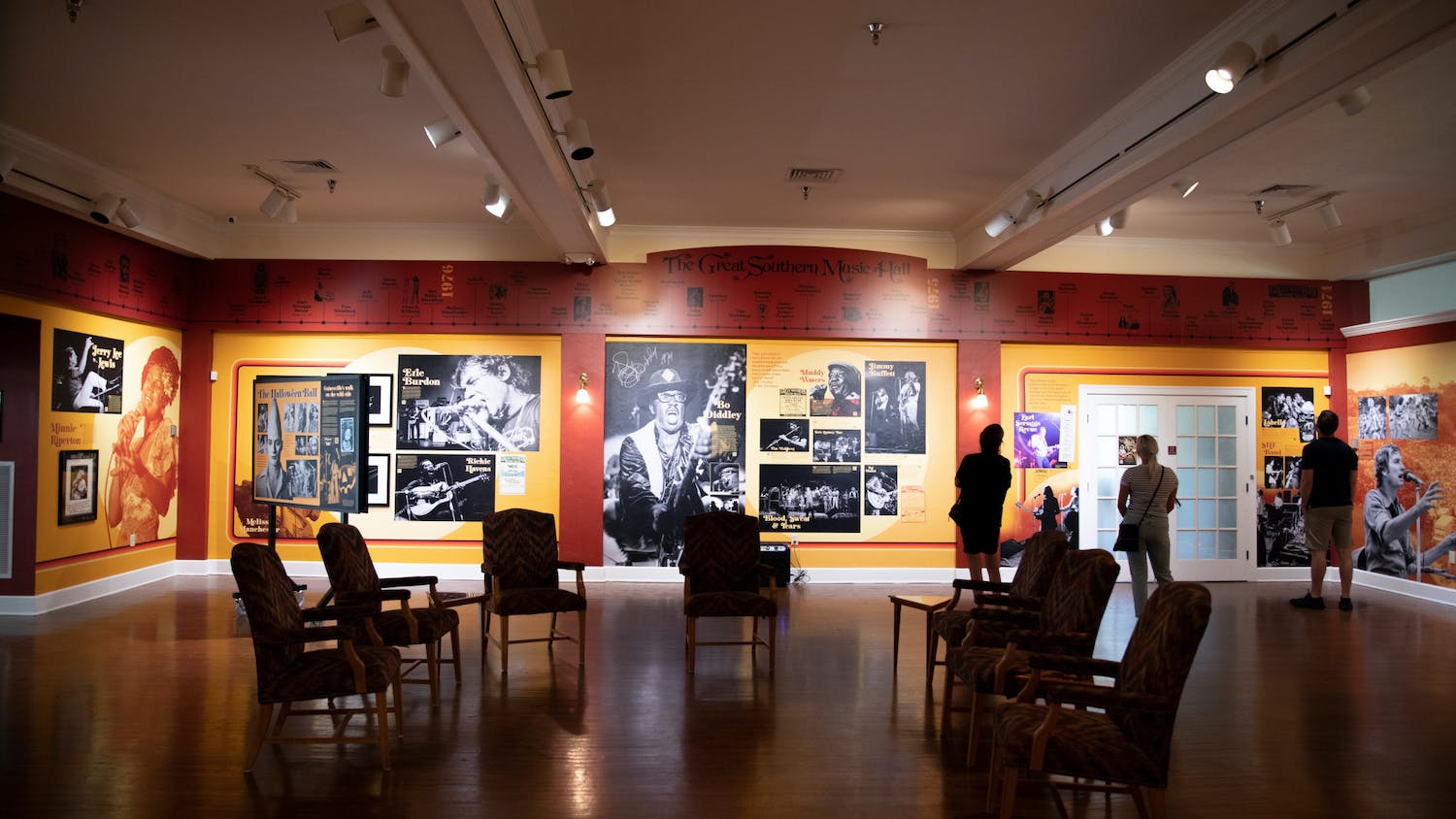