His sentence will be followed by a lifetime of supervised release

A Hawthorne man who was originally arrested in Gainesville was sentenced to 15 years in federal prison followed by a lifetime of supervised release for creating child pornography.

Registered sex offenders have to check in with local authorities throughout the year, inform authorities of plans to travel within the state and if they are moving out of state and update personal information every year, according to Florida sex offender legal procedures.

Sex offender conditions include mandatory curfew and restrictions on living within 1,000 feet of a school or other places where children are regularly present, according to Florida statutes.

Finn was initially arrested Oct. 17, 2021 by the Gainesville Police Department. Officers were dispatched to a domestic dispute at a Gainesville house.

Officers responded to the disturbance, speaking with a woman who identified herself as being in a lengthy relationship with Finn. She had found pornographic images of adults and videos depicting a minor lying partially naked on a couch and fully naked in the shower. The minor was unaware of the recordings.

The woman confronted Finn about the videos, which led to an argument causing Finn to leave the residence. Officers located Finn and he admitted to taking photos and videos of the child without consent.

GPD hasn’t responded to requests for comment about the conviction after three phone calls.

A state search warrant was issued to obtain the photos and videos off of Finn’s phone. He was originally arrested for two charges of possession of child pornography and seven charges of directing or promoting sexual performance by a child.

Homeland Security Investigations and GPD investigated this case leading to Finn’s conviction. Finn has no prior criminal history in Alachua County, according to court records. 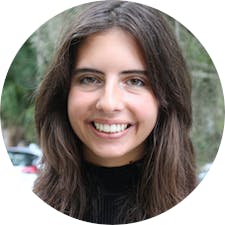 Gainesville man sentenced to 24 years in prison for child pornography