Rachel Baumann, Victoria Nguyen joined prior to the 2023 season

On Jan. 21, out on the floor in the Stegeman Coliseum, Georgia senior Rachel Baumann sat patiently, knees down, in the middle of 6,759 fans. She wore a black and white leotard. Illuminated with bedazzled rhinestones, the marble-like additions to her outfit used the gymnasium lights to put on a show of their own.

AC/DC’s “Back in Black” scored her vibrant routine of flips, jumps and dance moves.  Meanwhile, Florida’s squad was laser focused on its performance on the balance beam. Only a few feet away from Baumann, the Gators continued to hold a marginal lead in their meet against the Georgia Bulldogs in Athens.

As Baumann ran into a double backflip, landing in front of her UGA teammates, the crowd erupted into a frenzy. She scored a perfect 10. However, it wasn’t enough to win the meet. Florida took the victory 196.975-194.475.

After the dust settled, a moment was shared between the Baumann sisters, Rachel and Alyssa, who competed for Florida. The two embraced each other in tears, knowing it would be the last time they would compete against each other in the sport they’d dedicated their lives to.

Alyssa, a graduate student for the Gators in 2022, had just a few months remaining in her collegiate gymnastics career. However, it wouldn’t be the last time a Baumann would represent Florida.

Rachel transferred to UF for her last year of eligibility in July, joining a Gators gymnastics team that was 0.1125 points away from a national title the previous season.

Now, as a graduate student in pursuit of earning a masters in management information systems, Rachel brings four years of collegiate experience from the Bulldogs to their Southeastern Conference rival.

"I'm very blessed to have the opportunity to pursue my dream graduate program in ISOM at the University of Florida and get one more year to do the sport I love,” Baumann said in a Gators news release. “Hope y'all are ready for another Baumann in the O'Dome! Go Gators!"

In her 2022 season at UGA alone, she led the Bulldogs on the floor averaging a 9.816 performance and earning the highest vault mark of Georgia’s season against Louisiana State with a 9.95 score. She competed in every meet for Georgia last season, with 12 performances on the beam and 11 on the floor and vault.

Joining Rachel in moving from the Peach State to the Sunshine State is junior Victoria Nguyen, who transferred to Florida in May.

She began her collegiate career at Georgia with a strong performance on the uneven bars and a 9.95 score. Nguyen finished her first meet against the Missouri Tigers with an all-around score of 39.40.

Elevating her skill set, primarily in the uneven bars and balance beam under UGA head coach Courtney Kupets Carter, Nguyen thrived in her sophomore year. She was named an All-SEC gymnast after leading the SEC Championships’ opening session with a 9.90 performance on the uneven bars.

Now in Gainesville, UF head coach Jenny Rowland believes Nguyen will be a great addition for her highly experienced squad.

"Gators Gymnastics is grateful that [Victoria] has made the decision to finish her NCAA career with the Gators,” Rowland said when Nguyen transferred officially on May 10. “We are excited to welcome this super talented and passionate new Gator to our family. Her work ethic and intrinsic motivation will only elevate our Gator standard both in and out of the gym.”

With the additions of Rachel and Nguyen, the Gators arsenal will be dynamic once again. The Bulldogs, on the other hand, will try to replace the losses with two key contributors: Graduate student Sandra Elsadek, a transfer from Ball State, and senior Vanessa Deniz, a transfer from Oklahoma.

Florida, which has taken the regular season title in the SEC the past four years, has dominated the past decade against Georgia. UF has won nine of the last 10 meetings. Despite this fact, Georgia holds the overall record in the rivalry with a winning  record of 90-66 over the Gators.

In what seems to be a see-saw affair between the two, trading timelines of success during another's sorrows has become an expected trend.

Florida will write a new chapter in its recently superior history in 2023. This time, it’ll be with a small amount of red and black ink. 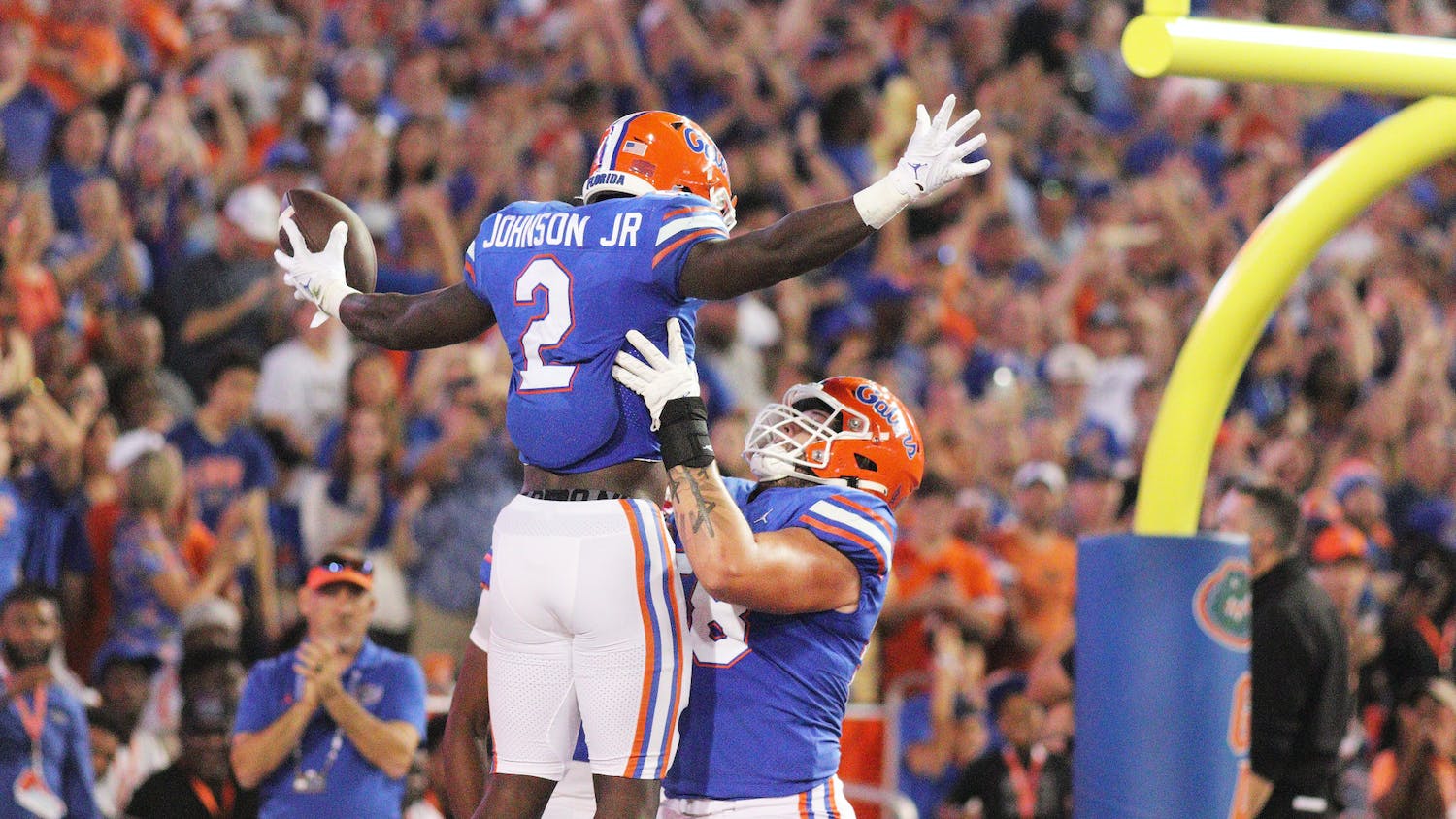