Florida was outscored 19-10 in the third quarter, but scored 18 in the fourth

The Gators scored at will early on, but stagnant second and third quarters brought the Panthers within one. Florida got back on track with an 18-point fourth quarter to secure a 68-53 victory.

The first quarter was as strong as the Gators hoped for, but Prairie View A&M’s electric third quarter nearly stole the game from Florida.

“We had an amazing start,” senior guard Nina Rickards said. “The energy and the intensity went down when the other teams started scoring.”

Head coach Kelly Rae Finley said junior forward Jordyn Merritt, who didn’t play Wednesday, has taken a leave of absence and is currently away from the team.

Florida’s offense meshed early in the first quarter and let loose on the PVAMU defense. Gators senior forward Faith Dut won the tipoff. Sophomore guard Alberte Rimdal handled the ball at the top of the key, cut toward the basket and found Rickards open in the corner for an easy 3-pointer.

The Gators stayed aggressive, finding open players and knocking down their shots. Florida was active on offense and took away the Panthers’ breathing room when on defense. After the first time stoppage, Florida held a 20-7 lead and was shooting 8-11 from the field and 4-5 from beyond the arc.

Florida increased its lead to 24-7 with 2:18 left in the quarter, but a Prairie View run kept the Panthers within reach. The away team went on an 11-2 run to finish the period and climbed back to within eight.

The Gators picked up where they left off as the second quarter began. UF scored eight points before PVAMU got involved to grab a 34-18 advantage.

However, after the Panthers scored four points with 7:12 remaining in the half, both offenses went stagnant. Outside of a Florida free throw and two by PVAMU, neither team scored until the 2:32 mark when sophomore forward Taliyah Wyche knocked down a jumper.

Neither team hit another shot from the field. Despite looking like a shell of its first-quarter self, UF still led 40-27 at halftime. Only six field goals were made in the second quarter, four by the Gators and two by the Panthers. Florida outpaced Prairie View 14-9 in the quarter.

Florida opened the third quarter with a layup by junior center Ra Shaya Kyle on its first possession. After a jump shot by senior guard KK Deans, the Gators’ offense slowed down again.

Through the first 4:12 of the second half, PVAMU outscored UF 11-4 and came within six of the Gators’ lead. Florida called a timeout to stop the run, but Prairie View A&M senior forward Kennedy Paul made her third triple of the quarter to tighten the game to a single possession.

Deans’ layup less than a minute into the half preceded more than five scoreless minutes. The senior stopped the team’s drought after she got fouled and hit one of two free throws. The Panthers were one point away from tying the game.

“It was just moments where we weren't connected and talking together, especially myself,” Rickards said. “We found a way to make it happen.

On the next possession, Deans split the defense and connected on a layup while getting fouled. Her made free throw put Florida up, 48-43. Each team made one more shot as the third quarter came to a close, and the Gators led, 50-46.

Deans had six of Florida’s 10 points in the quarter. The team shot 4-13 with all of its six 3-point attempts missing.

Rickards found a spark to give the Gators life in the early minutes of the fourth quarter. She sized up PVAMU’s Paul and hit a jumper through the contest. She then scored back-to-back layups, with the second giving her a free throw.

Finley said Rickards, as a senior voice for the team, needs to step up when the team needs a spark.

“She's played a lot of minutes on that floor, and she needs to be comfortable making plays in big time moments,” Finley said. “We're comfortable with her in those situations.”

Florida led, 57-46, but a 3-point play by graduate student forward Desiree Lewis brought the Panthers back within eight.

Prairie View’s efforts weren’t enough, as Florida held onto its lead and won by 15 points. The Gators outscored their opponent, 18-7, in the final quarter to secure their victory.

UF will travel to Ohio for its next game against the Dayton Flyers at 1 p.m. Sunday. The game will stream on ESPN+. 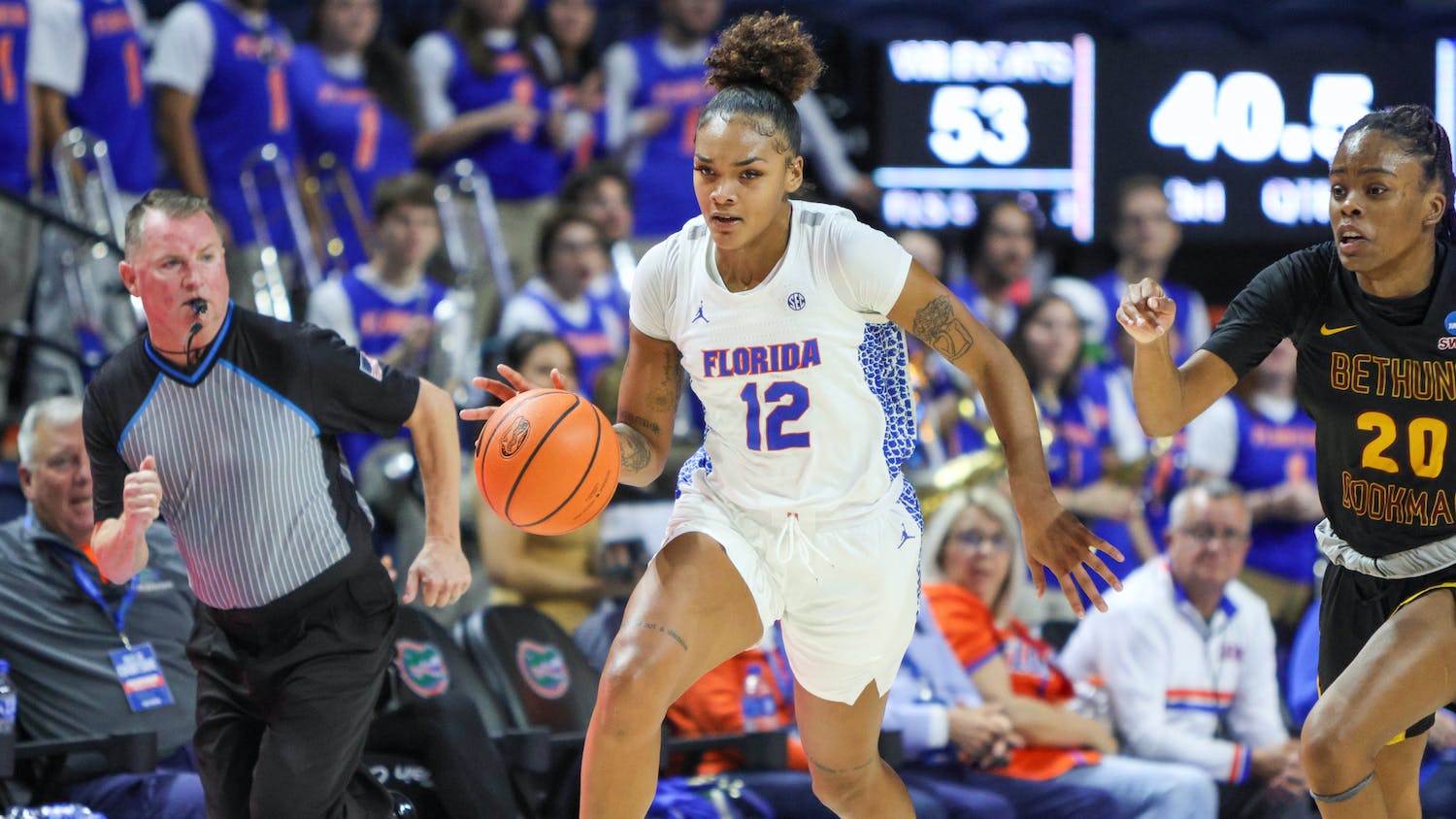 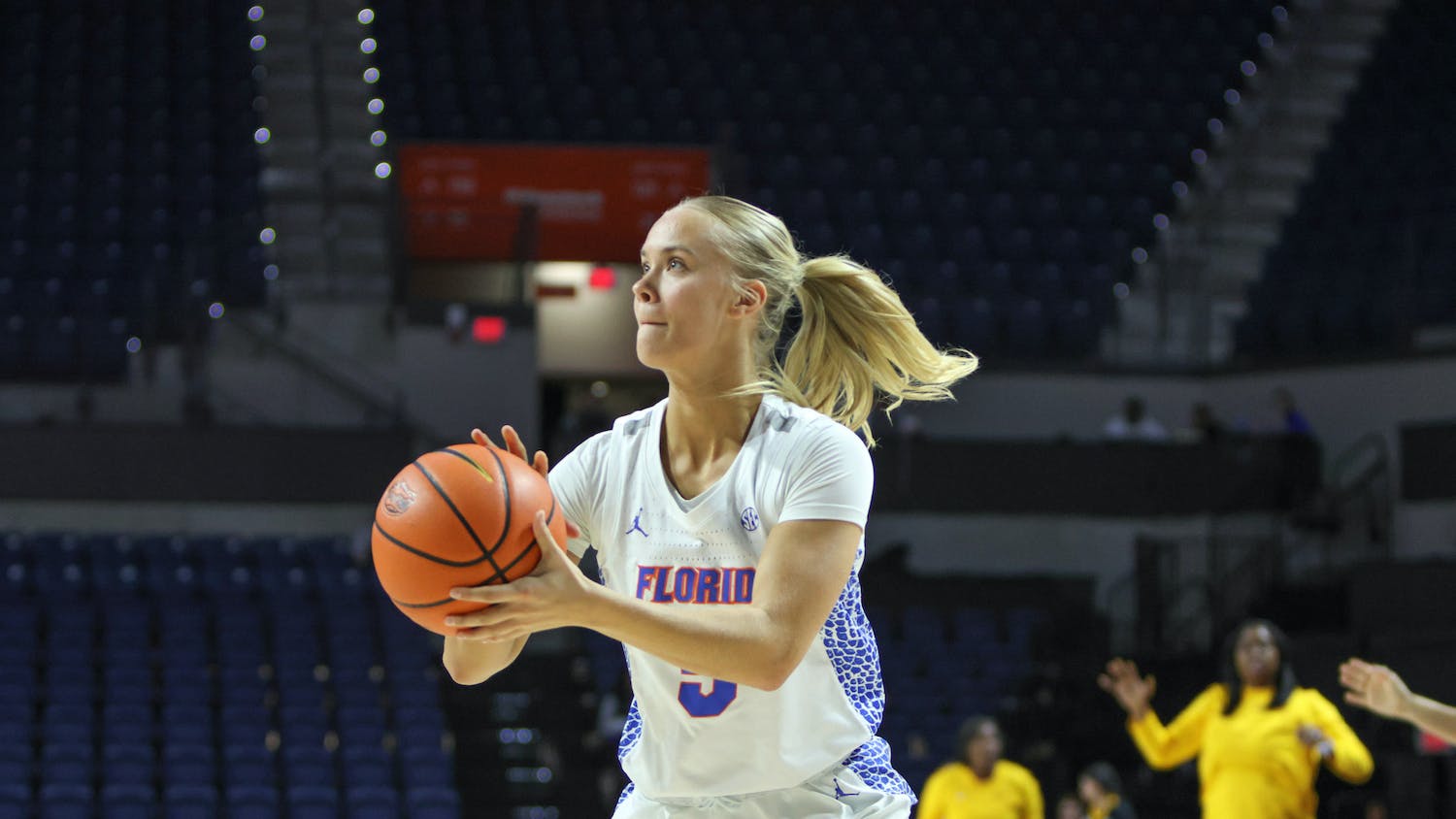